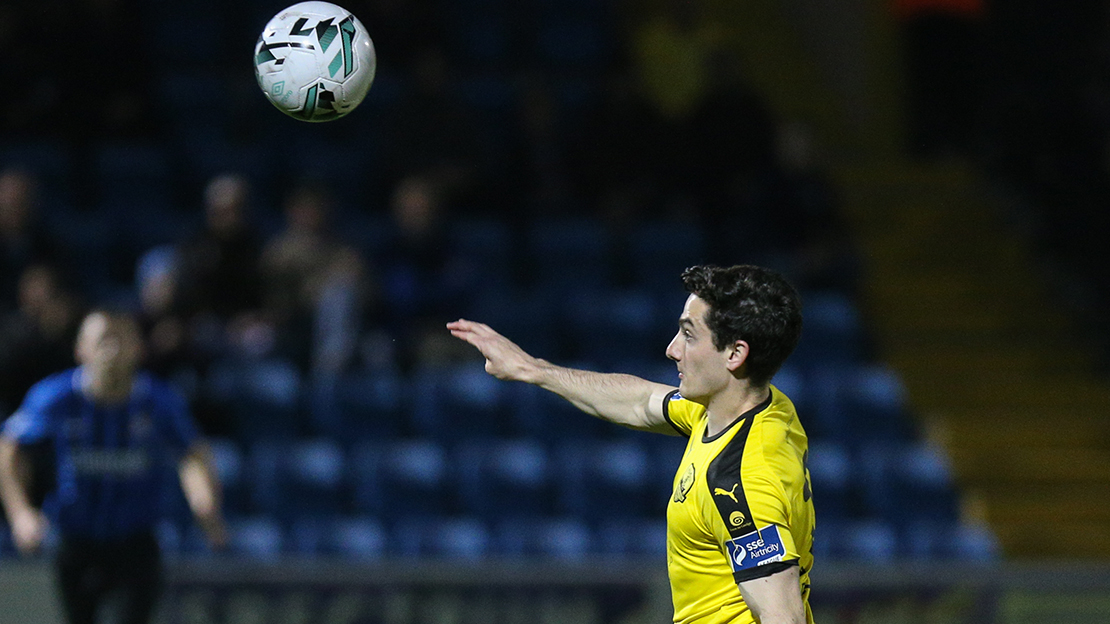 United will be bitterly disappointed to have come away from the Carlisle Grounds with nothing on Monday evening.

A United squad missing a total of 9 players were visibly still tired throughout the game after a difficult test against Longford Town just three days earlier. Alan Murphy’s side faded somewhat in the second half against Bray Wanderers, who smelt blood and pressed home their advantage.

The first half went the way of the away side and the only negative was that a second goal United was not added.

Shane Doherty has generally featured as a winger in his appearances for Galway United thus far but he shone in Bray when he partnered Vinny Faherty and he tormented the home side, particularly in the first half.

Twice Doherty threatened with his blistering pace in behind opening the scoring.

A sloppy back pass from Bray Wanderers was pounced on by the American and he flicked the ball over Kilian Cantwell’s head and raced away from the defender before toe-poking into the net.

Bray were afforded a real let off when referee Alan Carey blew up for a United free-kick when Doherty had once again raced from Hugh Douglas. United players were incensed that the referee did not allow play to go on when Doherty had a real opportunity to add a second goal.

The second half saw a much different Bray Wanderers performance and a tired United team that was dropping deeper and deeper.

Ten minutes into the second half, Bray Wanderers levelled the game when Maurice Nugent headed into his own net from Dylan Barnett’s free-kick. There looked to be a foul on United ‘keeper Kevin Horgan in the build up by Hugh Douglas, but the goal stood.

At this point, it was end-to-end and United will feel hard done by once again by the officials when Conor Melody was chopped down in the box, but no penalty was awarded.

Hugh Douglas had flashed a header just wide from a corner kick, giving United a taste of what was to come later in the game.

Bray Wanderers substitute Jake Ellis evaded Cian Murphy’s tired looking challenge before crossing for Hugh Douglas, who guided the ball into the corner with a diving header to secure the win for Bray Wanderers.