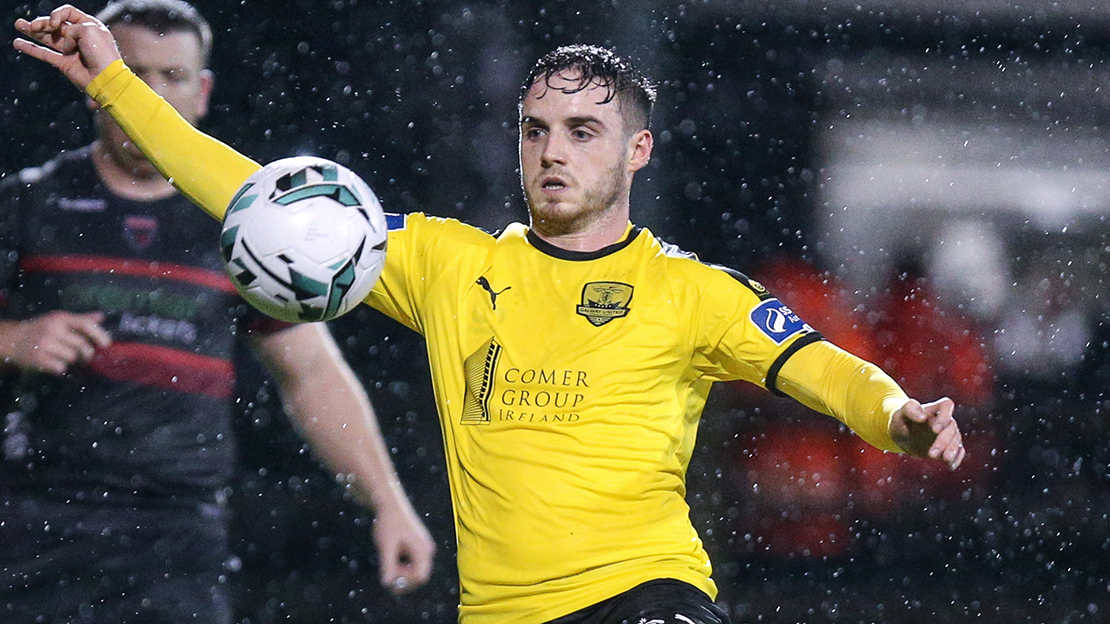 Robert Manley’s goal in the 18th minute at Stradbrook was enough to secure the three points for Cabinteely on a disappointing night for United in the capital.

The hosts made a strong start to proceedings and United struggled at times to cope with a change in formation, which saw the return of three at the back.

Cabinteely took full advantage of this uncertainty and they pilled on the pressure in the opening 45 minutes.

Commanding centre-back Conor Keeley should’ve done better when he connected with Keith Dalton’s free-kick, but he couldn’t keep his header down.

Robert Manley turned Stephen Walsh before rifling a low, powerful shot at the near post that required a smart stop from United netminder Andreas Werner.

The home sides pressure finally told when a corner was recycled back to taker Keith Dalton, and his cross was nodded home at the near post by Robert Manley.

United responded with a header from Wilson Waweru, that forced Cabinteely goalkeeper Stephen McGuinness to tip over for a corner.

A dangerous Marc Ludden cross from the left wing made its way all the way across the box to Conor Melody, who smashed a shot with the outside of his boot that just cleared the bar.

Andreas Werner produced an excellent fingertip save on the stroke of half time to deny Vilius Labutis, who drove a shot in from outside the box with venom.

The second half saw an improved United performance and Conor Melody was the first player to go close for Alan Murphy’s side, but he headed straight at McGuinness from a corner kick.

Some neat link up play between Conor Barry and Wilson Waweru ended with the later somewhat snatching at his effort and not troubling the Cabinteely ‘keeper.

United went close once again when Maurice Nugent glanced a header goalward from Marc Ludden’s cross, but the ball was headed into the side netting.

A dangerous ball across the face of goal from Conor Barry was met by Wilson Waweru, but he was unable to get enough power on his shot and it flew wide of goal.

A ball was played in behind United’s rearguard for Kieran Marty Waters, but he shot straight at the advancing Andreas Werner, who made a comfortable save.

Two minutes from time, Conor Barry went on a mazy run, evading two challenges, but he fired high and wide on his left foot.

Despite United’s second half pressure, it was Cabinteely who possibly should’ve added a second goal in injury time when Kieran Marty Waters supplied goalscorer Robert Manley, but Werner denied him with a big save.