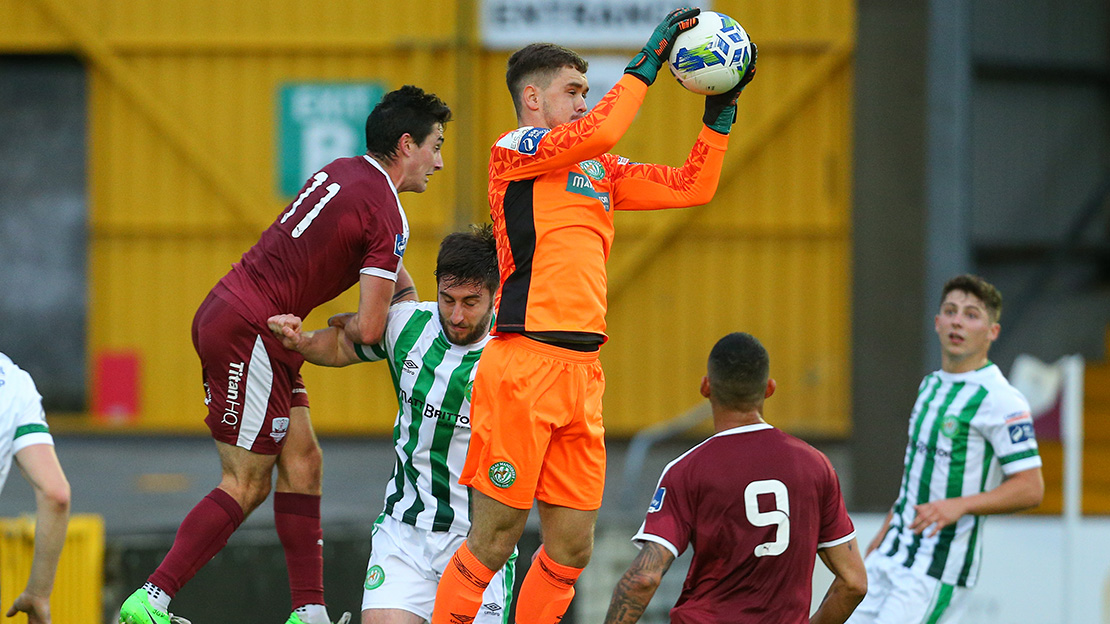 The week began with a whirlwind with the unfortunate sacking of first team manager and club legend Alan Murphy after a poor run of results so far in the 2020 campaign.

United were boosted by the news that former Cork City manager John Caulfield would take over and begin the task of dragging the Tribesmen back up the league table.

Colin Fortune would take interim charge for Bray Wanderers game before John Caulfield would take the reigns next week.

The visitors started almost capitalised on sloppy defending as early as the first minute but Matthew Connor put enough pressure on Ryan Graydon to deny him a chance. 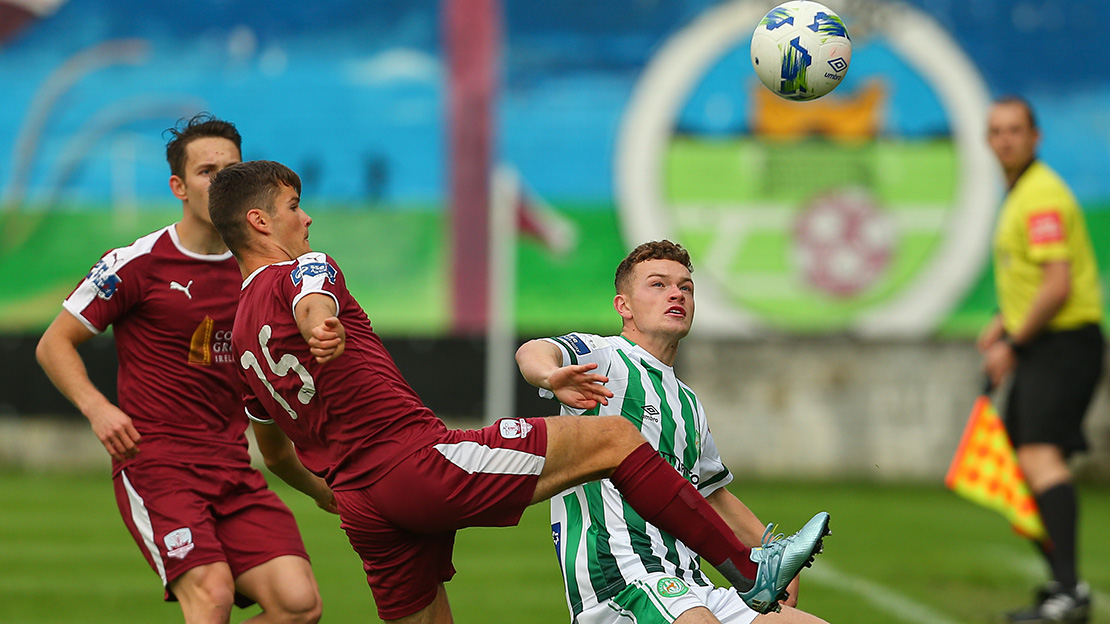 The first half was largely dominated by Bray Wanderers with Matthew Connor being forced into many saves to keep the Galway men in the game.

Joe Doyle received a ball from a long punt on the edge of the box from Bray keeper’ Brian Maher, but he didn’t realise how much time he had and he ballooned his effort over the crossbar.

United’s only real chance of the half fell to Stephen Christopher, who received the ball from Shane Doherty. He beat several defenders, but he was unlucky to see his long range strike go wide of the post. 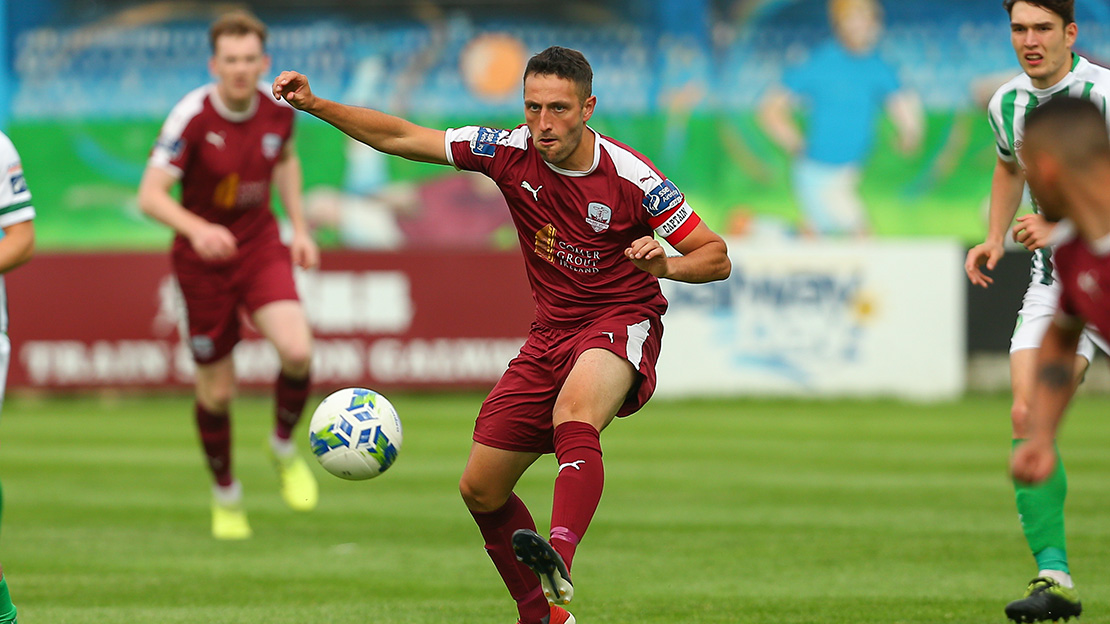 The game remained deadlocked at half time as John Caulfield watched on from the stands and it gave him a real idea of how far United would have to travel to bring success back to Eamonn Deacy Park.

The Wicklow men were unlucky not to be at least a goal up at half time, but thanks to an inspired performance from Matthew Connor, the game remained deadlocked.

United looked more defensively solid at the start of the second half, with chances few and far between for both teams.

Kilian Cantwell went on a long mazy run beating several United defenders and shooting from 15 yards out but again Matthew Connor came to the rescue and parried the ball away from danger.

The game swung in United’s direction when Aaron Barry received a straight red card for pulling down last man Shane Doherty on the edge of the box, leaving Jason Mannix with no choice but to send him off. 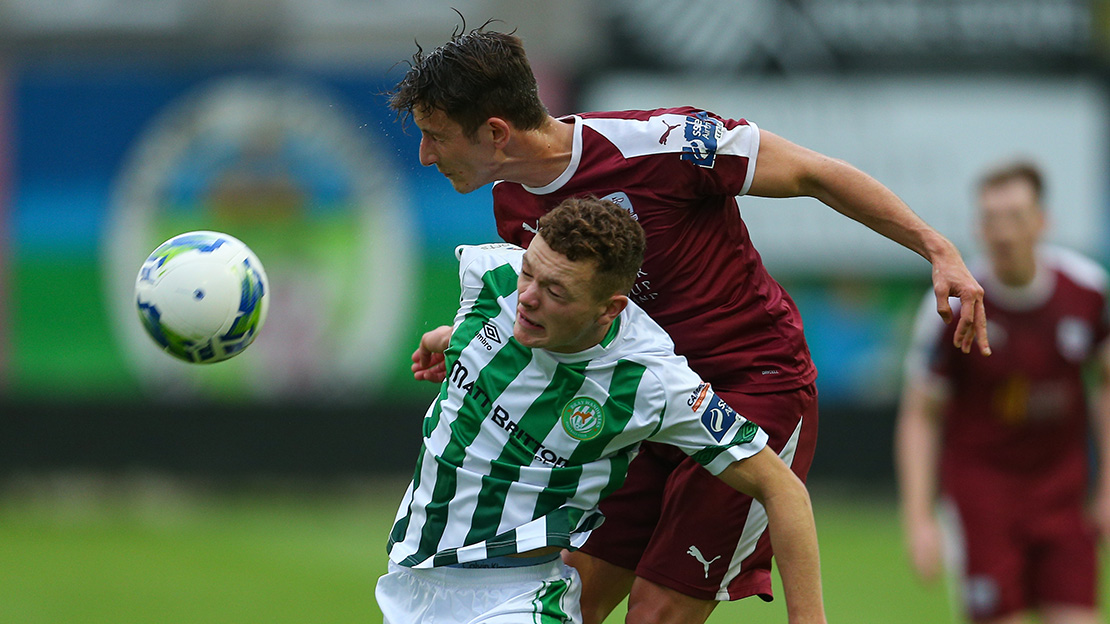 From the resulting free kick, Donal Higgins fired the set piece over the bar as he cleared the wall, but he was unable to bring the ball down in time and hit the target.

Colin Fortune sent on Enda Curran and Francely Lomboto late to try and get a late winner and an elusive first league win for the Tribesmen.

There was a massive penalty shout for United deep into stoppage time when it looked like Francely Lomboto had got to the ball first ahead of Brian Maher and was felled in the box.

Referee Jason Mannix had the whistle to his lips but United appeals for a penalty fell on deaf ears leaving the management and supporters incensed. The ten men Bray outfit saw out the remaining minutes and clung on for a draw.

Galway United return to action next Friday for a second round FAI Cup encounter with Shelbourne, kick off at 7.45pm. It will be John Caulfield’s first game in the United dugout and he will hope to get off to a positive start.