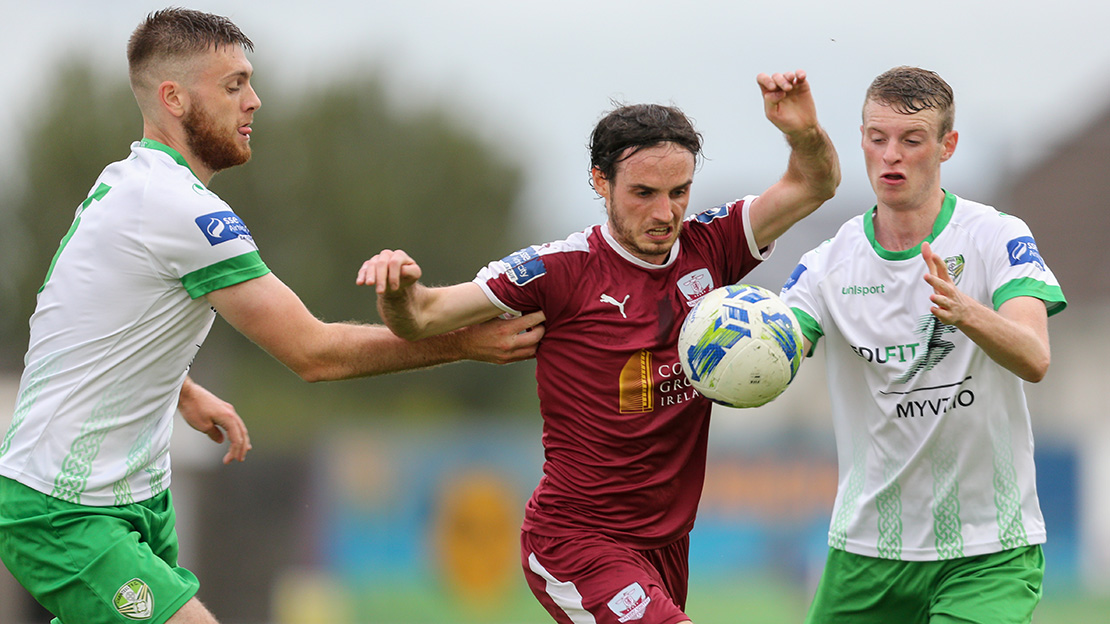 Goals in either half from Kevin Knight and Shane Barnes earned the away side a merited victory at the Corribside venue.

The Tribesmen never really got into gear and if it wasn’t for some impressive goalkeeping from Kevin Horgan at times, the deficit could’ve been far greater.

Alan Murphy’s side made a promising start to the game and Mikey Place tested Cabinteely goalkeeper Micheal Kelly with a snapshot after Kevin Farragher nodded a header in his direction.

Shane Barnes got on the end of a Marty Waters free-kick, but he shot straight at Kevin Horgan.

The Dublin outfit did eventually take the lead from a set-piece on the half hour mark. Conor Keeley rose highest in the box to head the ball back across goal and Kevin Knight steered home with a glancing header. 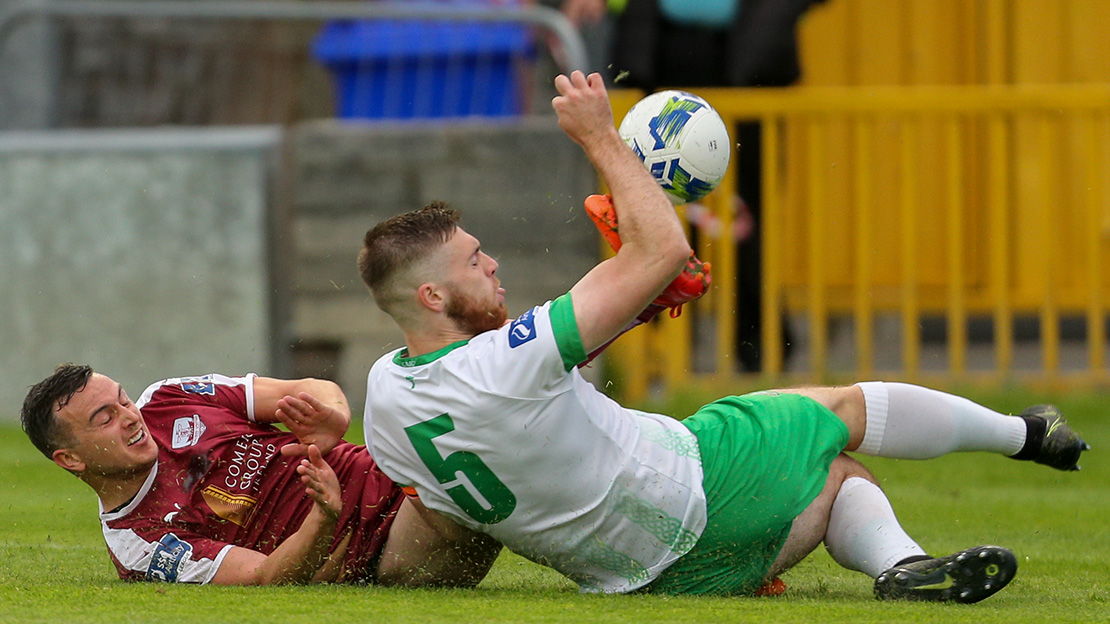 Cabinteely really should’ve doubled their lead when they countered with United’s defence all at sea, the ball was worked through to Marty Waters, who went through on goal, facing Kevin Horgan one-on-one, but the striker didn’t make a clean connection with the ball and Horgan managed to prevent a quickfire double.

United carved out two chances of note before the break, firstly Conor Barry turned smartly at the edge of the box, the midfielder fashioned space for himself before drilling a low shot towards the bottom corner that Micheal Kelly had to push out for a corner.

Then just when it looked like Kevin Farragher was going to grab a timely leveller for United before the interval, Cabinteely defender Lloyd Buckley was well-packed to hack Farragher’s goal-bound effort off the line.

The two sides traded blows early in the second half with Conor Barry and Keith Dalton both threatening.

United were badly caught out once again from a long throw from Marc Ludden, Cabinteely broke with pace, Shane Barnes stalled until the time was right to slip the ball to Vilius Labutis, but he flashed a shot across goal. 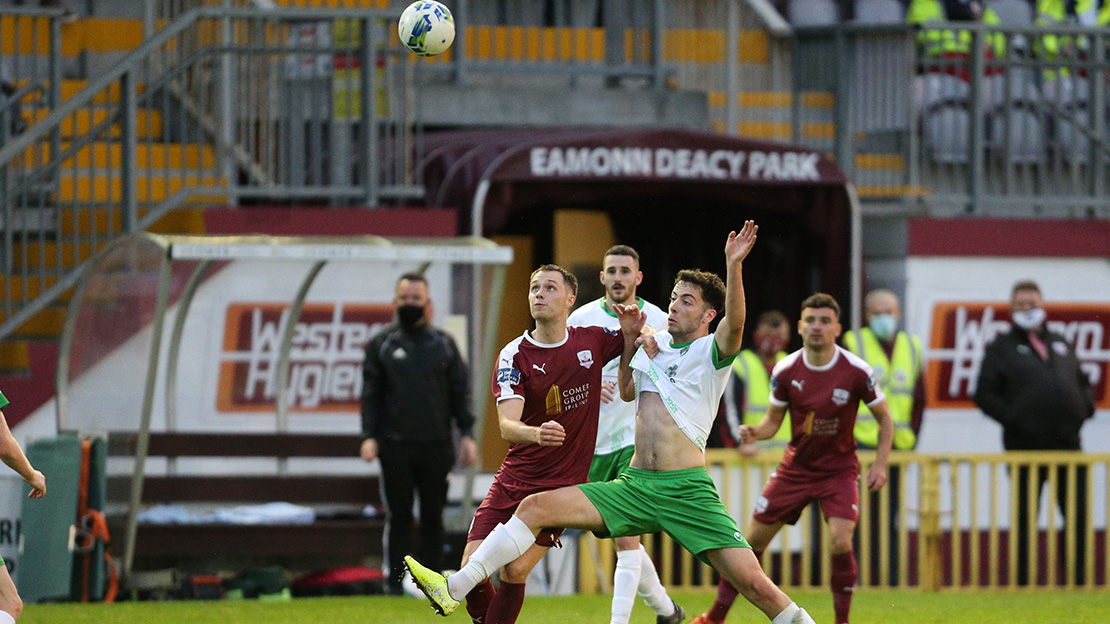 The home side survived another scare moments later when Kevin Knight’s header was cleared off the line by Donal Higgins, but Cabinteely surged forward again and grabbed a second when Marty Water’s shot deflected off Kevin Farragher and the ball fell perfectly for Shane Barnes to squeeze past the advancing Kevin Horgan.

Alan Murphy introduced a number of substitutes but Micheal Kelly was largely untroubled in goal and Cabinteely held on to make it four wins from four.

United must now pick themselves up quickly for another important home game against Athlone Town on Bank Holiday Monday.