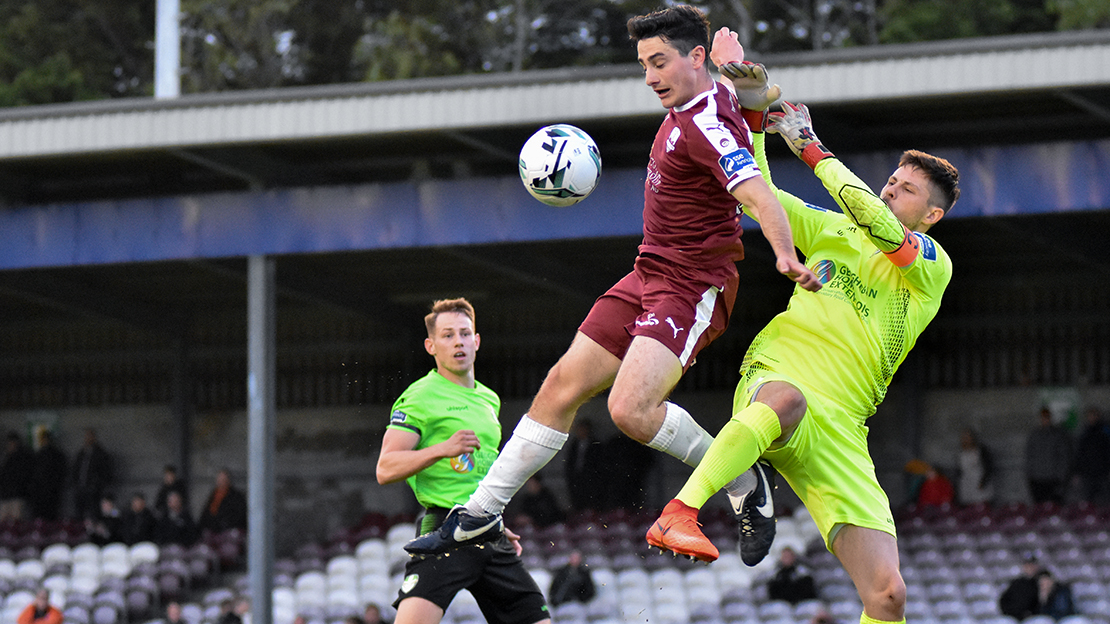 It was honours even between Galway United and Cabinteely at Eamonn Deacy Park.

Both teams were coming off the back of successive losses and they were out to arrest that run of form.

On the balance of play and chances created, particularly in the second half, United will feel this was an opportunity missed to pick up three points.

Alan Murphy was pleased by the reaction of his players after last week’s 3-0 loss against Drogheda and in truth the Tribesmen were unlucky not to make it three home wins from three against Cabinteely.

In the early stages, the impressive Shane Doherty twice threatened Cabinteely with his raw pace running in behind, but on both occasions timely defensive interceptions from the Dublin side cut out the danger. 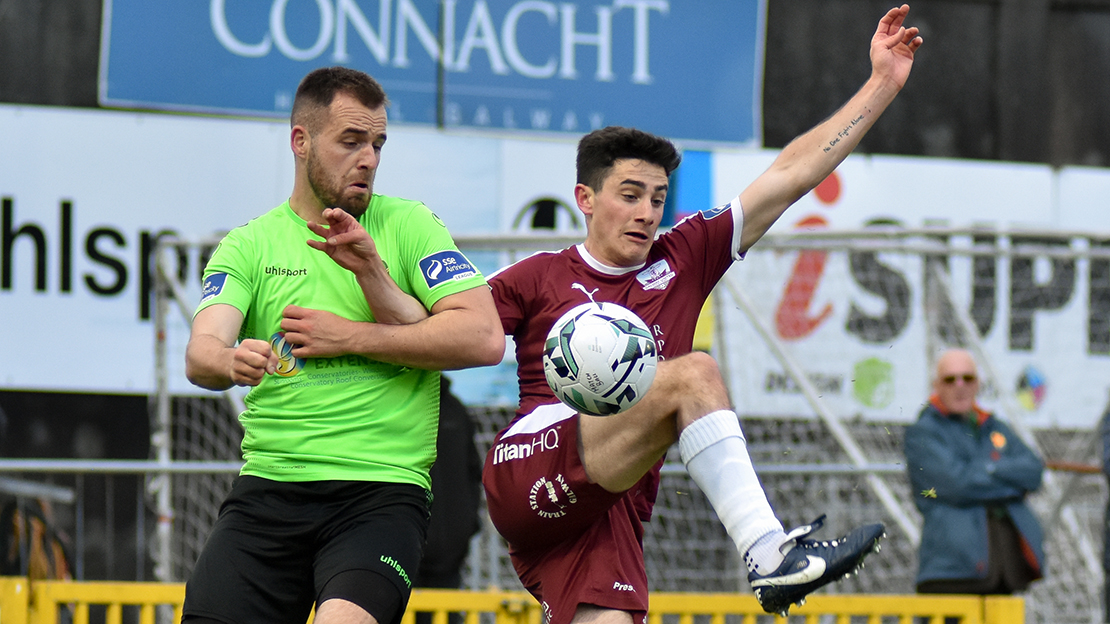 On the half hour mark, Cabinteely midfielder Jack Watson let rip with a volley from outside the box that demanded an impressive save from Kevin Horgan.

Pat Devlin’s side went close again but some very alert defending from Christopher Horgan in the box stopped what looked like a likely goal for the visitors.

The league’s top scorer Robert Manley was next to flash a shot over after he was threaded through on goal.

United never really had a huge foothold in the first half, but they largely dictated the second half at Eamonn Deacy Park and created most of the notable chances.

Doherty once again won a foot-race with Cabinteely defenders, he attempted to pick out Wilson Waweru in the box for a tap in, but Cabinteely goalkeeper Stephen McGuinness anticipated the danger well and saved. 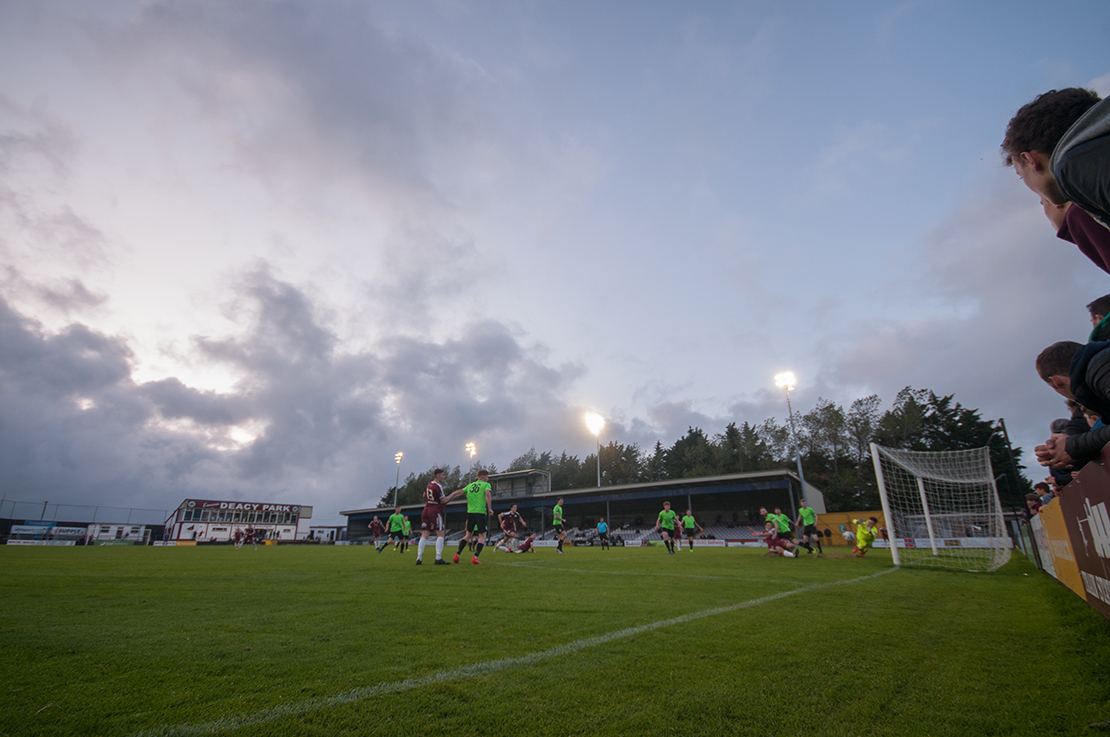 Cabinteely captain McGuinness made another impressive stop to keep Doherty out once again. Vinny Faherty controlled the ball brilliantly before setting Doherty away and he raced towards goal but the angle was tight and McGuinness used this to his advantage, spreading himself to save.

Galway United player-manager Alan Murphy clipped a free-kick towards Marc Ludden from the half way line, but the wingers looping header landed on the roof of the net.

The home support thought Vinny Faherty had given United the lead after he got a head to Stephen Walsh’s inviting cross, but the ball hit the side netting and not the back of the net.

Matthew Barrett, who made an impressive cameo appearance as a substitute, was sent racing down the right, but on his route to goal he took a heavy touch which allowed McGuinness to advance from his line and narrow the angle and save once again.

The Tribesmen pushed forward in search of a winner and Faherty was once again foiled by the impressive McGuinness, who got a strong hand to his header from Marc Ludden’s corner. Maurice Nugent’s shot on the rebound was then blocked down. 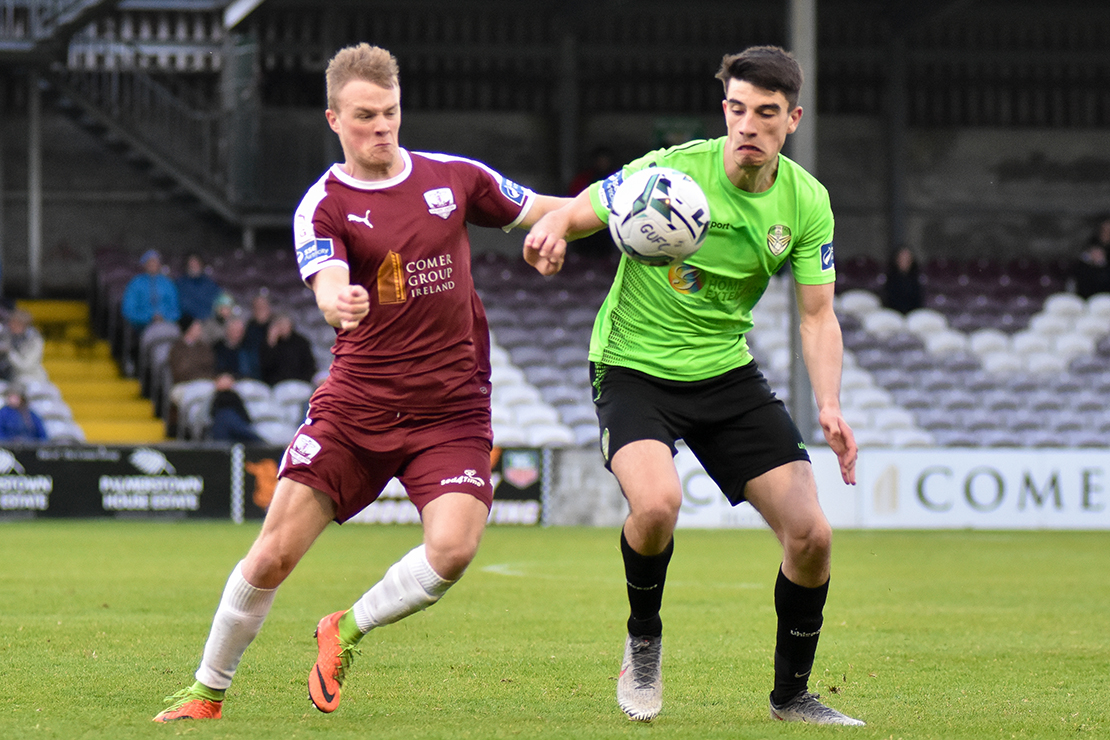 Just four minutes remained on the clock when United thought they had won the game, but Jack Tuite’s attempted clearing header from Stephen Walsh’s cross smashed off the crossbar and the home side had to be content with a point.