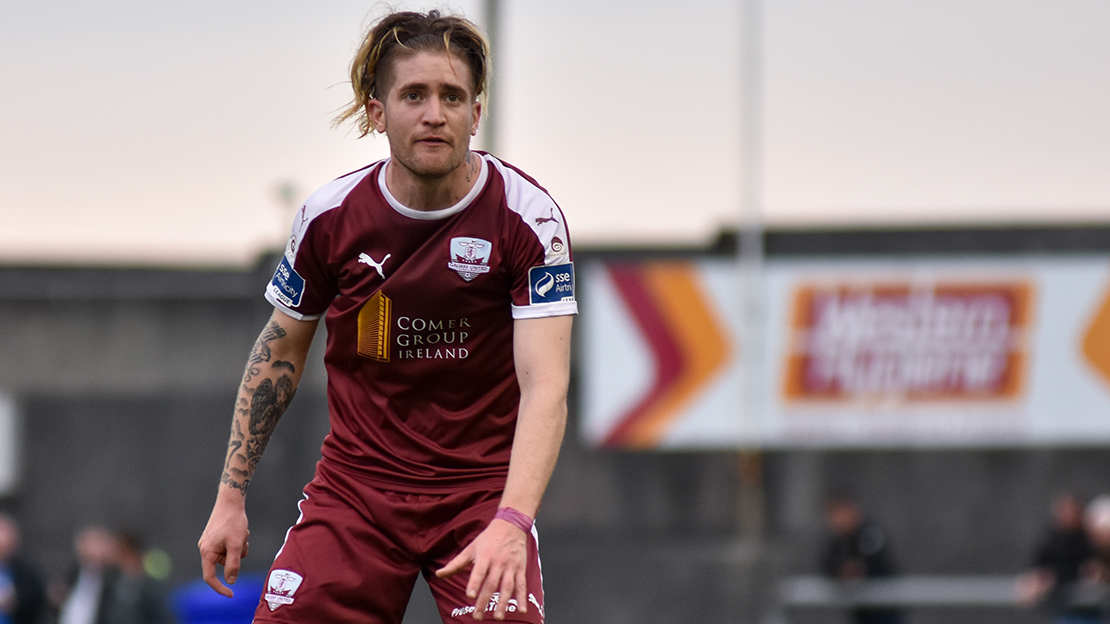 The away side took the lead after a mix-up between Maurice Nugent and Kevin Horgan at the back.

Dean Byrne’s goal dented United’s momentum somewhat, but their second half display was full of intensity and character.

Alan Murphy’s side came from behind to win thanks to two well-taken headers from Vinny Faherty in the second half and it could’ve been a lot more if it wasn’t for some excellent goalkeeping from Lee Steacy. 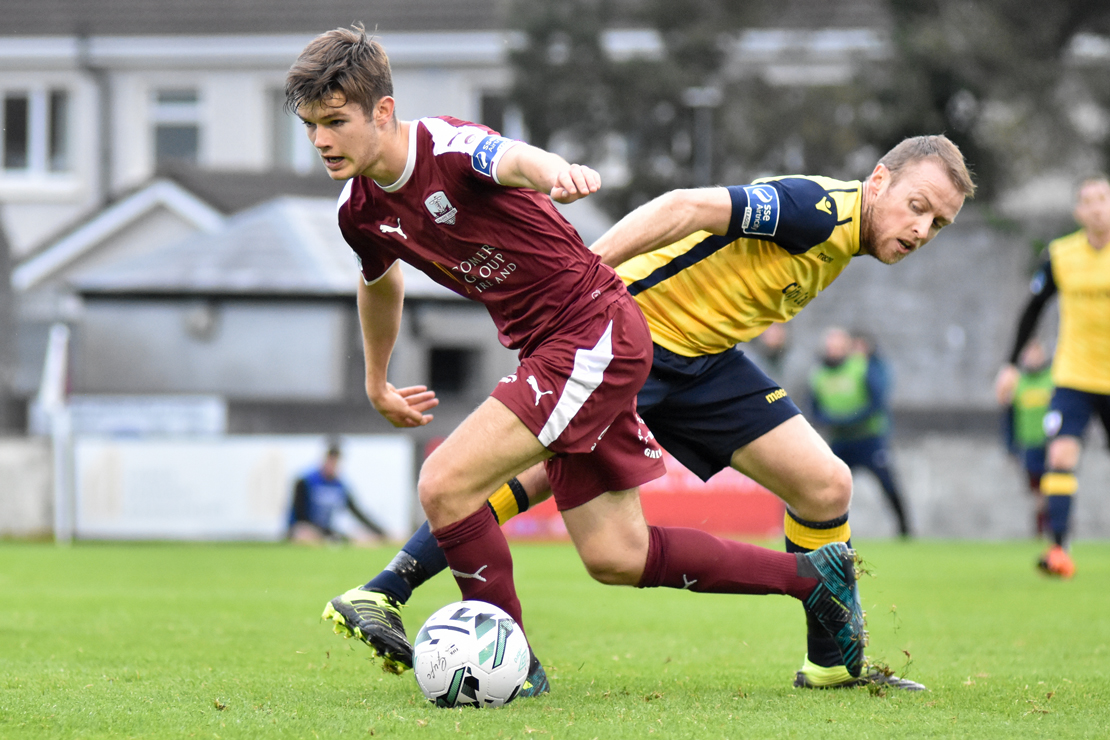 In the early goings, former Longford player Stephen Walsh saw his free-kick clear the upright with Steacy scurrying across.

Despite early pressure from United, Longford were the team that broke the deadlock first at Eamonn Deacy Park. Maurice Nugent and Kevin Horgan got their wires crossed when the defender attempted to direct a cushioned header back to his goalkeeper and Longford striker Dean Byrne pounced to finish.

Longford goalkeeper Lee Steacy produced a save from the top drawer to deny Cian Murphy. The defender’s header looked destined for the top corner, but somehow Steacy got an outstretched hand to the ball.

Steacy was called into action a minute later when Conor Melody drove a low shot at goal, but the ‘keeper was equal to Melody’s effort. 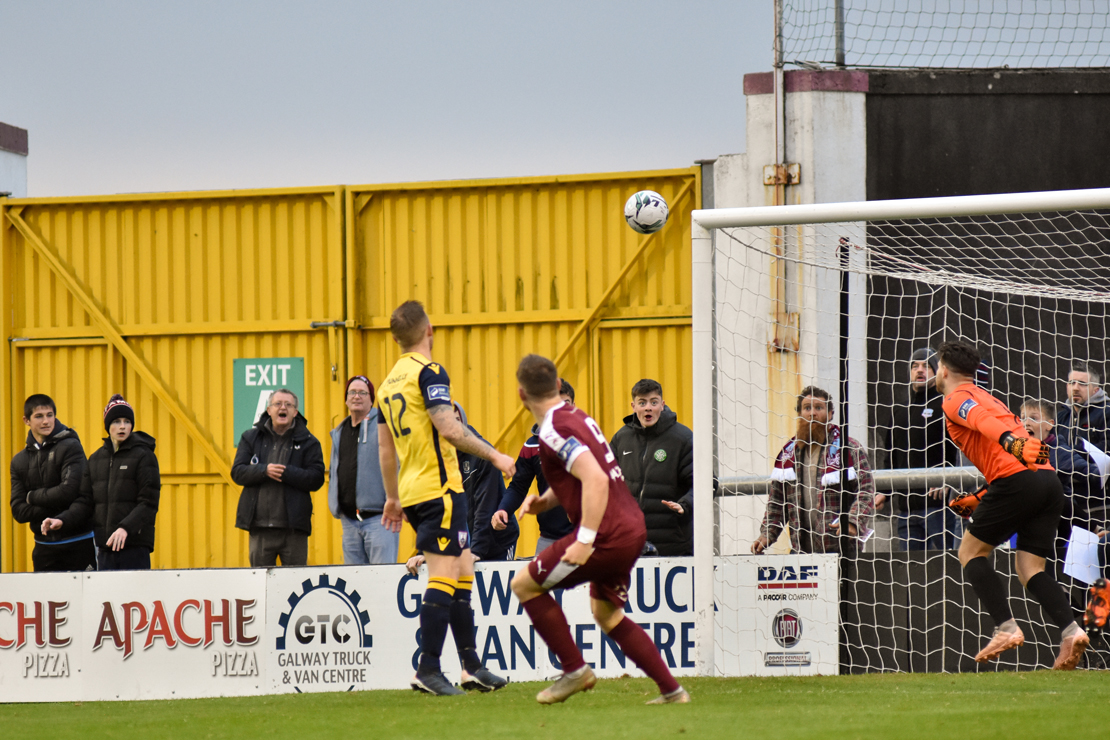 United began the second half with a great level of intensity and an equaliser arrived after just five minutes. Tenacious play from Stephen Walsh saw him win possession off Aodh Dervin, he then played the ball to Marc Ludden and he hung up a perfect cross for Vinny Faherty to send back across goal, leaving Steacy with no chance.

United smelled blood and it could’ve so easily been 2-1 when Donal Higgins turned possession over and broke through Longford’s backline, but he couldn’t find a way past Steacy, who spread himself brilliantly.

Pressure from the home side grew and Marc Ludden and Vinny Faherty linked up once again, however this time Faherty’s headed effort was palmed away by Steacy after Ludden had found the experienced striker with another accurate delivery.

Despite the chances that United created, they could’ve so easily have found themselves behind when Longford substitute Sam Verdon got a shot away that looked destined for the roof of the net, but Kevin Horgan made an outstanding safe to keep the sides level. 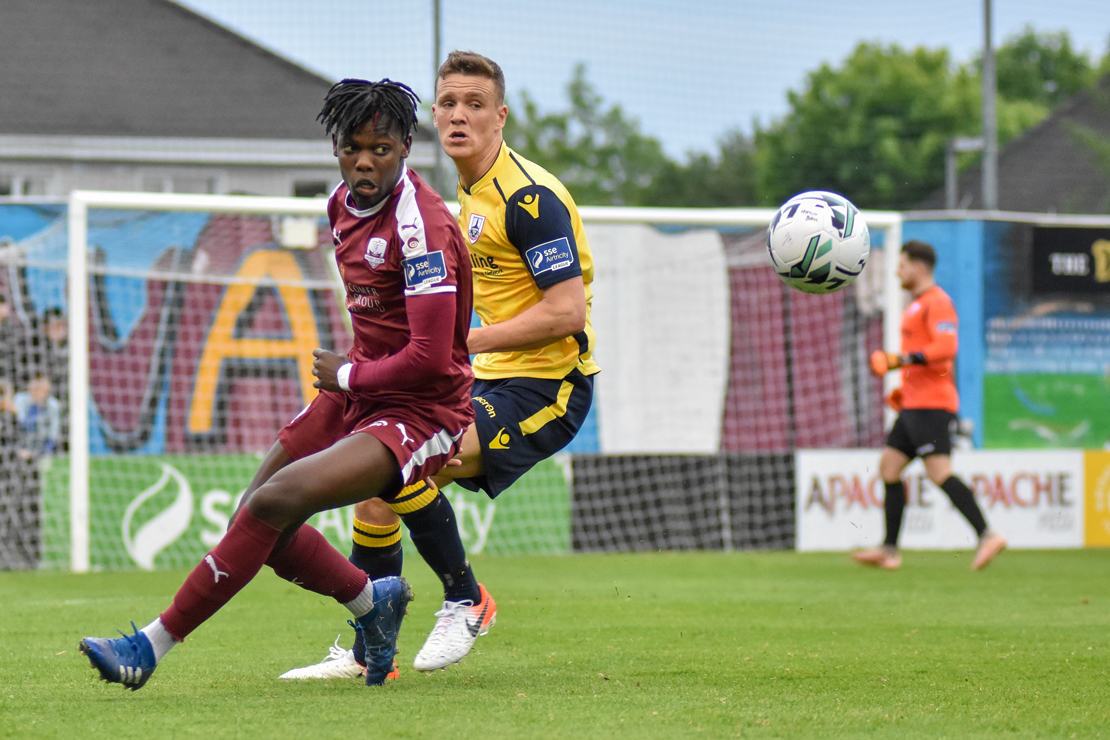 With 20 minutes remaining, Aaron Dobbs somewhat fluffed his lines when a real chance presented itself. The striker looked suspiciously offside when he was played through on goal, but no flag was raised. It mattered not however because Dobbs arrowed an effort into the side netting under pressure from Stephen Walsh.

The game was decided with five minutes remaining. Conor Melody tore down the right wing before lifting his head and spotting Vinny Faherty peeling away at the back-post, the winger delivered an inch perfect cross for the waiting Faherty to angle a header past Steacy with precision.