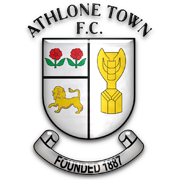 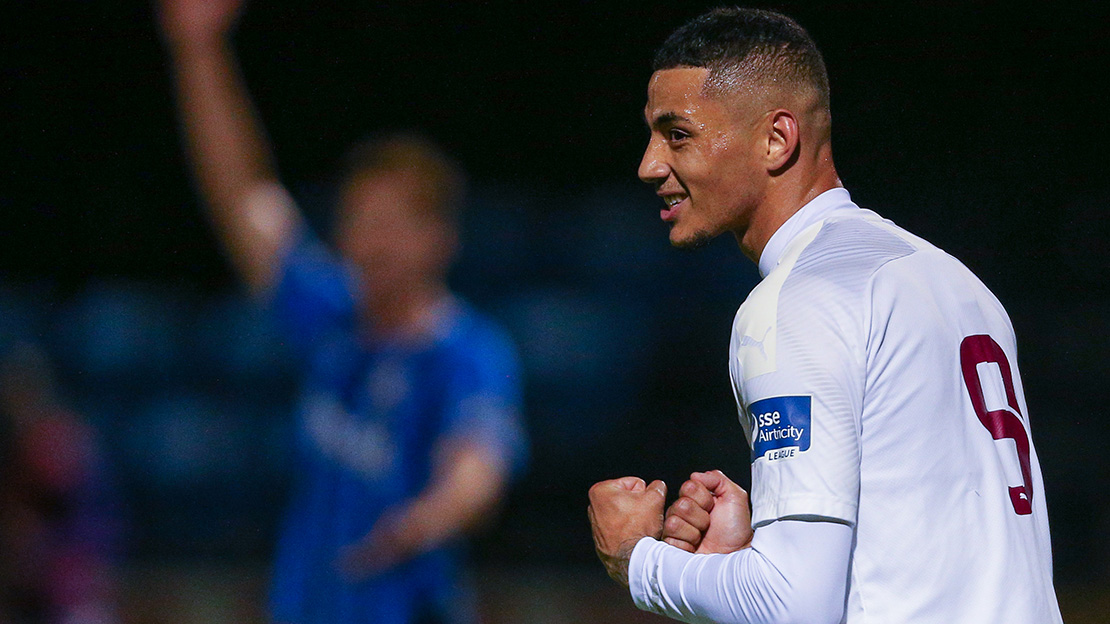 John Caulfield began his league reign as Galway United manager with a convincing win against Athlone Town in the midlands.

It was an important fixture for both clubs, because neither had registered a league victory in 2020.

United were keen to build on a positive display against Shelbourne last week, but the home side tired in the last 15 minutes of the contest at Eamonn Deacy Park. Caulfield was seeking a 90 minute performance from his players this time around.

Athlone Town were buoyed by a fantastic 5-3 come from behind extra time victory against Wexford FC in the FAI Cup, which meant this would be no easy task for the Tribesmen to claim their first three points of the year.

United started brightly with some nice intricate passing, controlling the possession finally paid off for the away side when referee Oliver Moran awarded a penalty after Enda Curran was brought down in the penalty area by Ciaran Grogan after Conor Barry sent in a dangerous high ball. 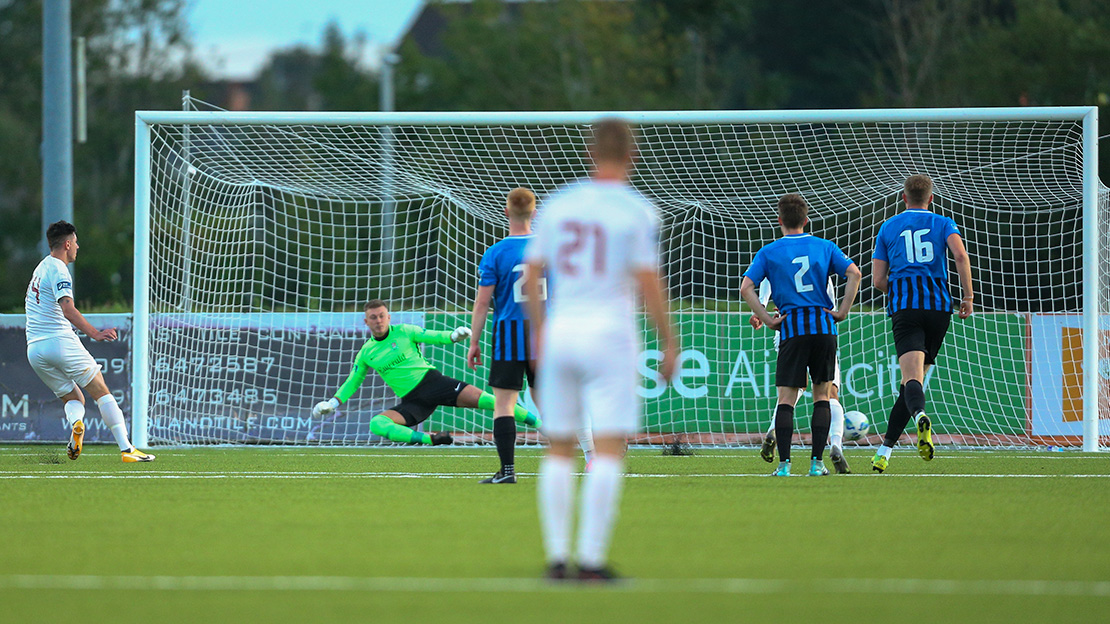 Enda Curran stepped up to take the spot kick and he coolly slotted the ball into the bottom right corner, sending keeper Aaron Myles the wrong way and giving United a deserved lead.

Athlone Town came into the game a small bit after this by forcing a few corners and dangerous set pieces, but they pushed the self destruct button in the 35th minute.

Initially Lee Duffy was given a yellow card for foul language and he was warned by the referee. The referee’s warning went unheeded and seconds later Oliver Moran gave Lee Duffy his marching orders.

John Caulfield’s men went in at the half time break armed with a 1-0 lead and it was the first time United have done so in the league this season. With Athlone Town down to ten men, it gave a real platform for victory.

Mikey Place put United in cruise control when he easily headed home a beautifully whipped cross by Stephen Christopher, who left it perfectly on a plate for the Dunmore man to finish and double the advantage. 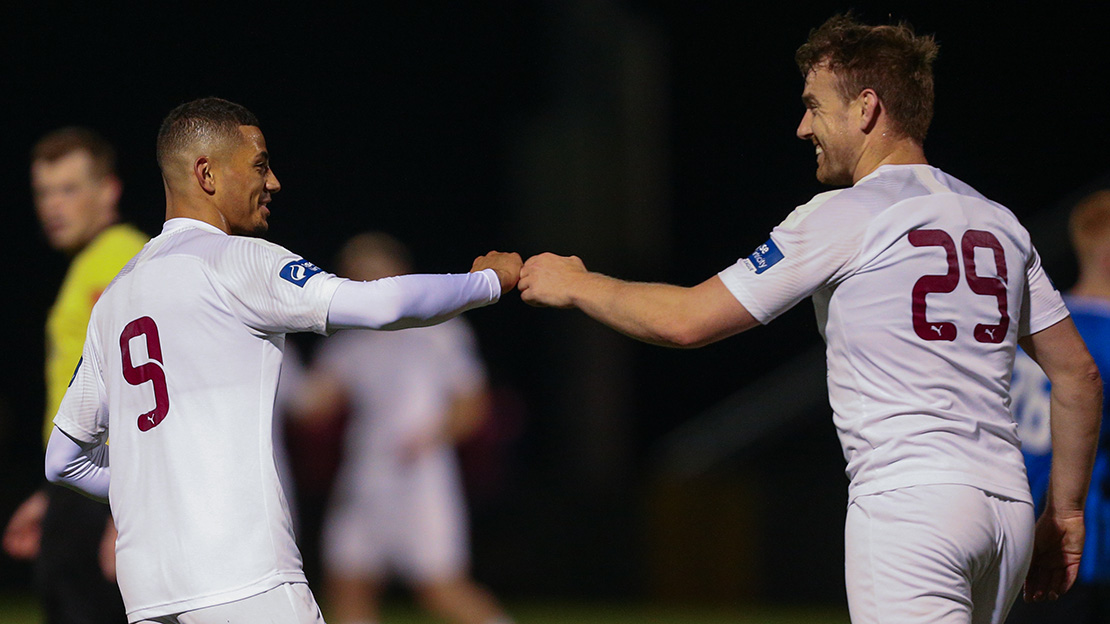 The Galway men killed the game a few minutes later when half time substitute Vinny Faherty got his second goal of the season when he kneed the ball over Aaron Myles head into the back of the net after pouncing on the rebound from Shane Duggan’s vicious 30 yard strike.

Real gloss was added to the scoreline when Mikey Place got his second goal of the game. Substitute Carlton Ubaezuonu went on a rampaging run down the left flank and he made his way into the box before playing a ball towards the six yard box, which ricocheted off an Athlone defender into the path of Mikey Place, who tapped home.

The linesman put his flag up for offside, but because the ball hit off a Athlone defender, it didn’t matter and the referee overruled him and United lead 4-0.

Athlone Town grabbed a consolation goal in the 79th minute from the penalty spot after Vinny Faherty fouled Taner Dogan in the penalty area. Dogan stepped up to take it and he slotted the ball into the bottom corner sending Kevin Horgan the wrong way. 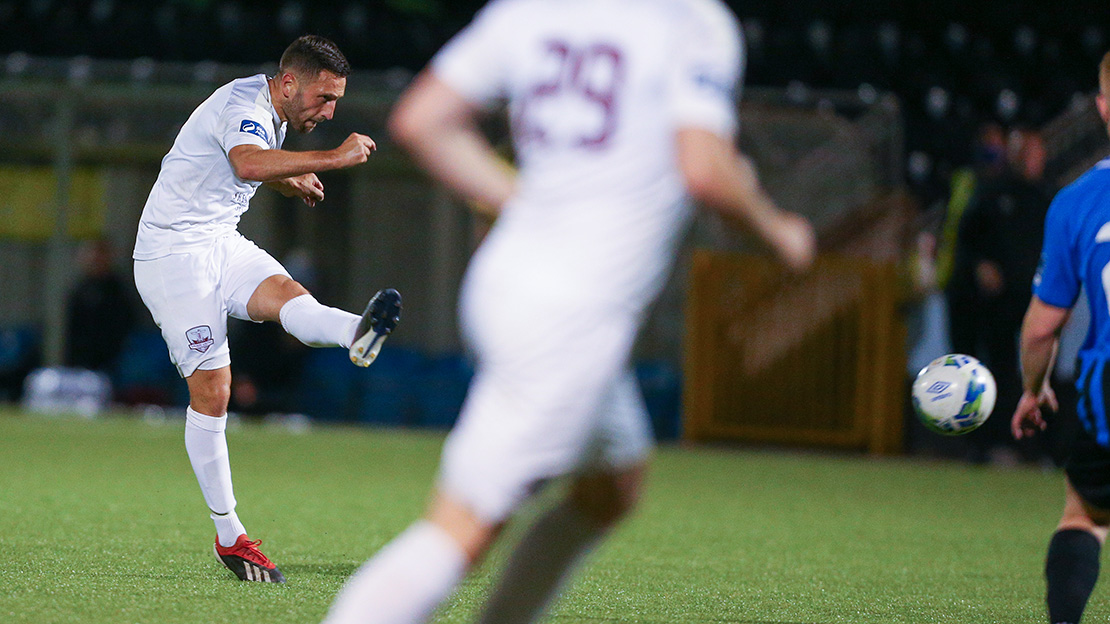 The game petered out and United cruised to a 4-1 away victory to secure their first three points of the season to maintain an outside chance of a play off spot. It was a fantastic start for John Caulfield in his first league outing as Galway United manager.

United have little time to rest on their laurels with another away trip on Monday to face UCD at the UCD Bowl, kick-off is at 7:45pm. It will be a tough task for John Caulfield’s side as UCD sit just two points off the top of the table and they recorded an 8-0 win against Wexford FC.