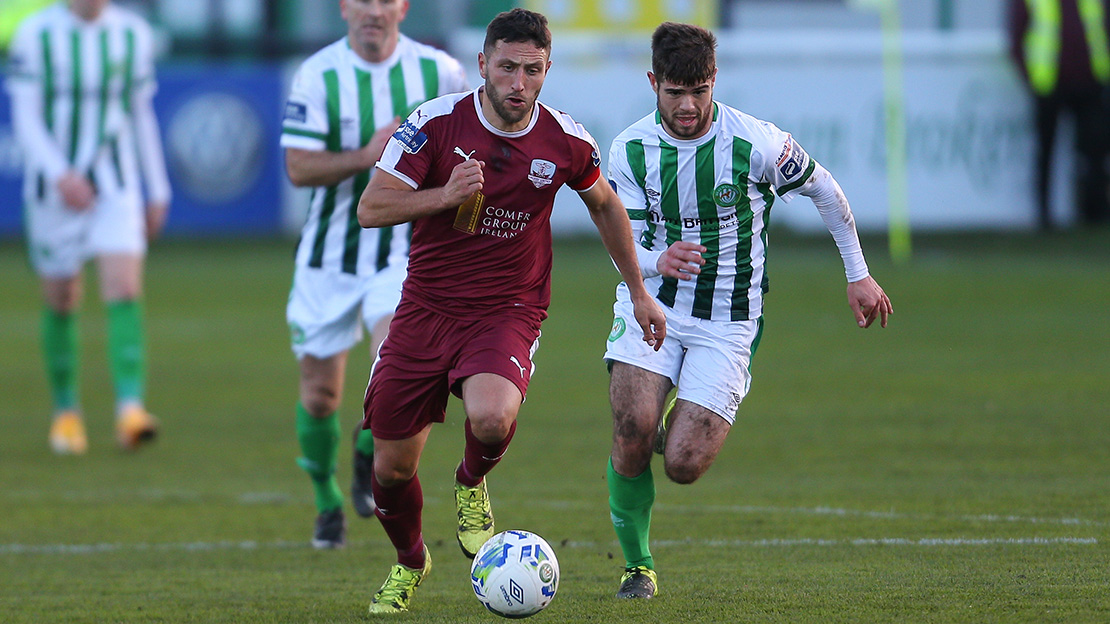 When the final whistle was blown late on Tuesday night at Eamonn Deacy Park, it looked like Galway United’s season had been brought to an end, and their play-off dreams dashed cruelly at the final hurdle.

But news filtered through on Thursday that a Wexford appeal was successful. Wexford were vindicated in challenging a decision by the FAI appeals committee that they had fielded an ineligible player.

The four matches that Ola Adeyemo played in, including a scoreless draw against Cabinteely in August, were declared 3-0 defeats as punishment in the verdict two weeks ago.

Wexford’s results in these fixtures were reinstated and as a result of this, Cabinteely lost two points in the final league table, squeezing United into fifth place and the play-offs, incredibly.

It looked at the time that Shane Duggan’s 93rd minute equaliser against UCD was of scant consolation, but it proved to be the difference between making and missing out on the play-offs. Otherwise Cobh Ramblers would have been the beneficiaries of Cabinteely’s misfortune. 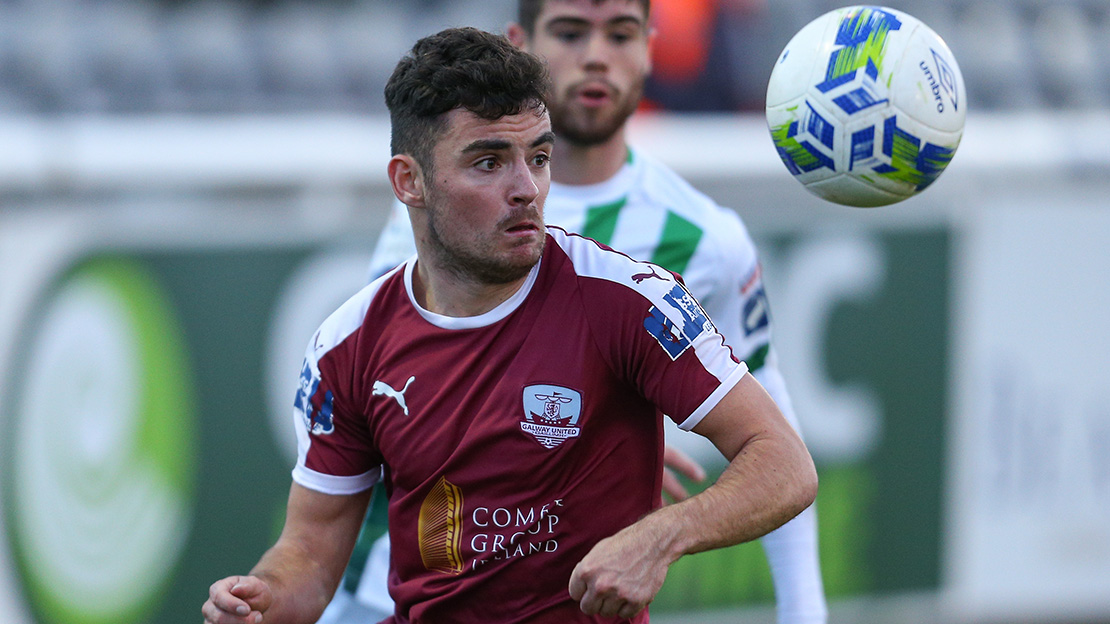 John Caulfield’s men returned to the Carlisle Grounds on Saturday for this First Division promotion play-off semi-final. Only a week had passed since their 1-0 win there dealt a fatal blow to Seagulls title hopes.

There were three changes to the Tribesmen’s lineup from Tuesday’s draw. Micheál Schlingermann, Timmy Molloy and Enda Curran came in for Kevin Horgan, Mikey Place and Wilson Waweru.

The visitors almost took an early lead with the first big chance of the game in the 8th minute when Enda Curran’s sweetly struck shot looked destined for the net, but Brian Maher intervened and pulled off an excellent save.

Micheál Schlingermann pulled off a fantastic save from Derek Daly in the 17th minute, who shot low and hard towards the bottom left corner of the goal, but the United keeper’ pushed it out for a corner.

It was a fairly tightly contested match in the first half with chances at a premium. Sam Warde had a chance on 35 minutes when he had a pop from 25 yards, but his effort flew over the crossbar. 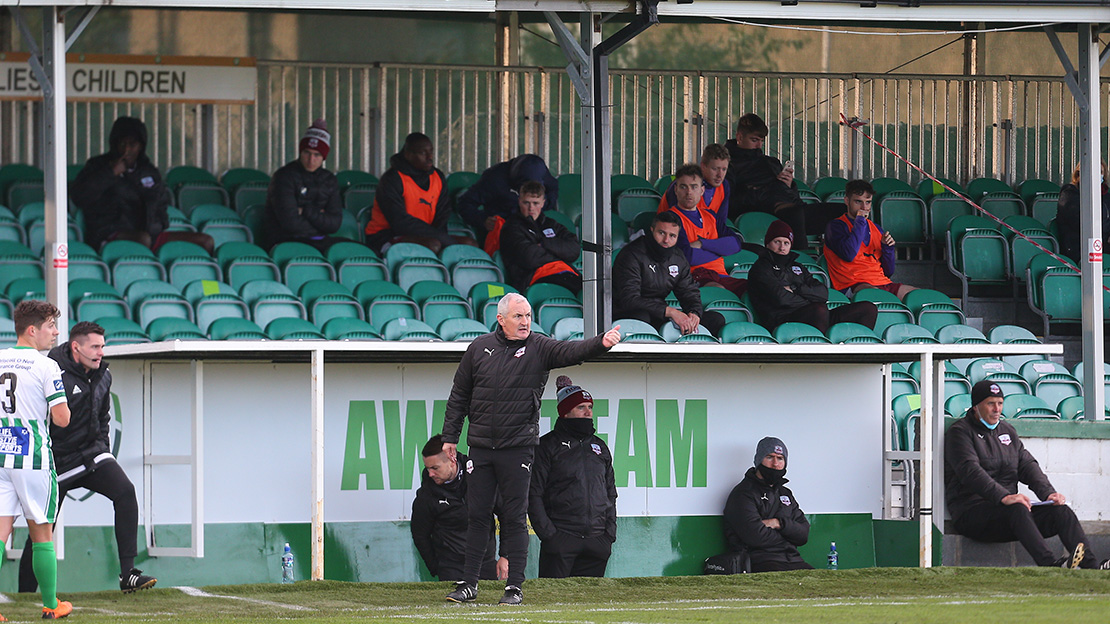 The game remained scoreless at the break which was a fair result on the balance of play so far. John Caulfield’s side started the second half very lively indeed.

Shane Duggan floated a nice ball into the box from a free kick, which made its way through to Killian Brouder, who managed to get a foot on it, but his volley went just inches wide and Brian Maher was a relieved man in the Bray goal.

The ball fell to Stephen Christopher outside the box, but he had too much venom behind his shot, and it blazed over the crossbar.

Timmy Molloy then made a nice run through the middle of the field, bursting past a few Bray men and shooting on the run, but his shot unfortunately drifted narrowly off target.

That was Molloy’s last involvement as he made way for Mikey Place and Enda Curran was replaced by Wilson Waweru.

Bray Wanderers went very close to a crucial goal in the 69th minute when Seán McEvoy shot from long range, his effort slid across the turf and rattled the post with Micheál Schlingermann scrambling across his goal line.

It was United’s turn to test the woodwork in the 77th minute when Jack Lynch let fly from about 20 yards and his shot smashed the crossbar and flew over for a Bray Wanderers goal kick. 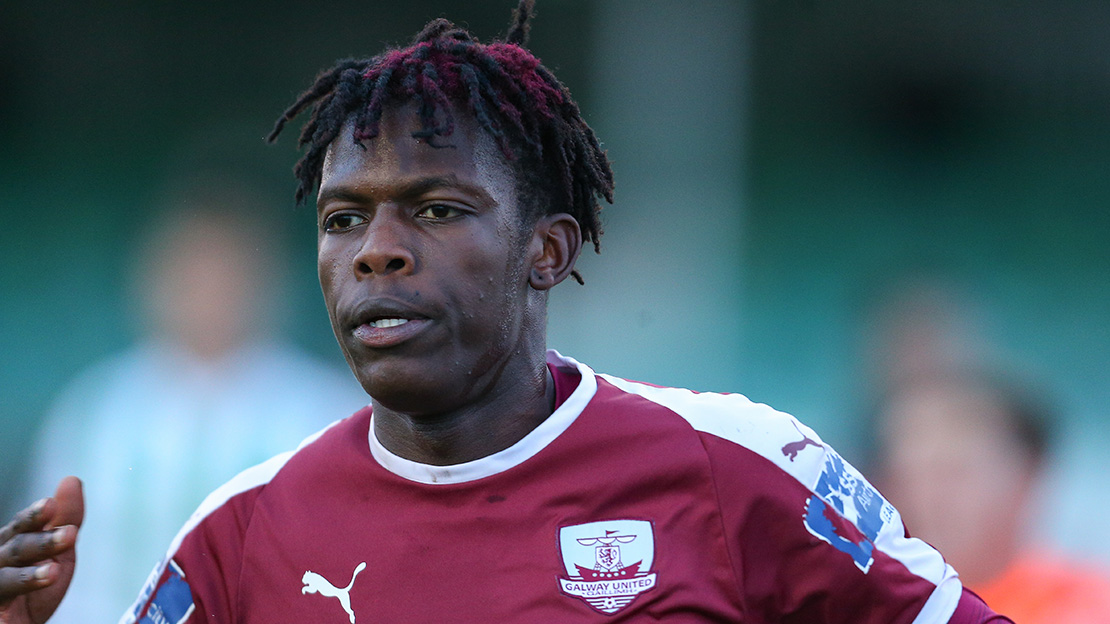 But the Tribesmen didn’t have to wait much longer for the lead goal. In the 82nd minute Jack Lynch launched a throw down the sideline and Stephen Christopher swung the ball into the box, which Shane Doherty poked towards goal.

Brian Maher saved but he parried the ball into the path of Wilson Waweru, who duly smashed the ball home, sending the United squad into raptures.

Bray Wanderers made a double substitution in a desperate bid to get a late equaliser. Gary Shaw and Darragh Lynch were introduced in place of Derek Daly and Joe Doyle in the 84th minute.

The hosts forced a succession of corners, but they had nothing to show for them and they were unable to breach the United rearguard, with the centre back pairing of Maurice Nugent and Killian Brouder producing a rock solid display at the back.

United almost added gloss to the scoreline with the last play of the game when Mikey Place broke into the box at the end of a nice team move, but he dragged his shot wide with the goal gaping.

But United held on for the win, which was their sixth successive triumph on their travel, and they marched on in the play-offs and are only two wins away from sealing a remarkable promotion to the Premier Division. 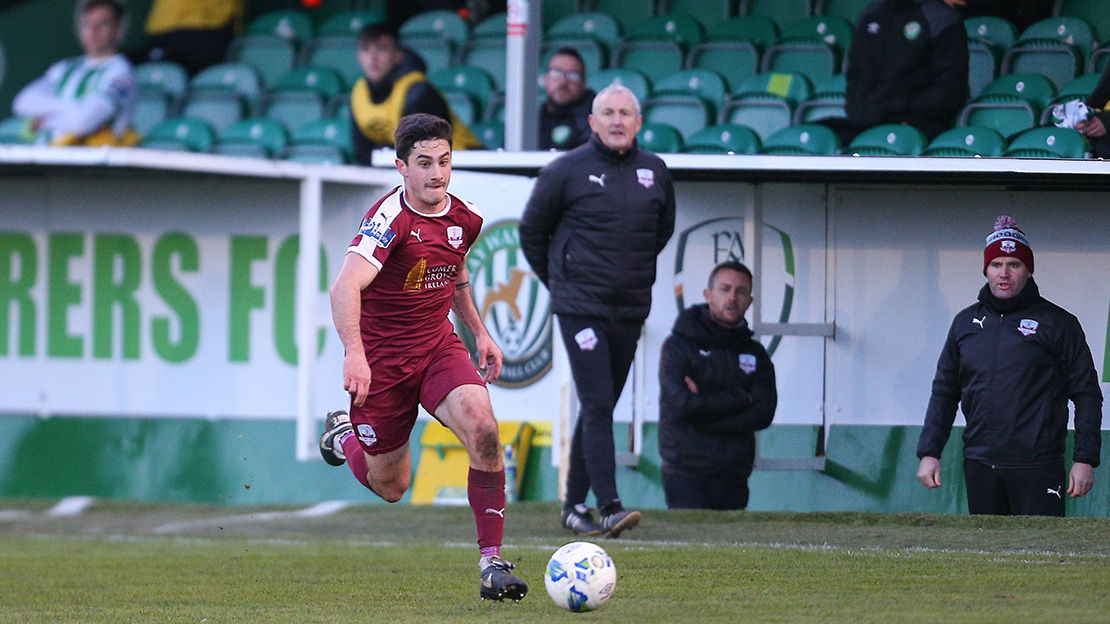 They next face Longford Town, who beat UCD in a 3-2 thriller in the last minute of extra-time in the other semi-final.

The game will take place take place on Friday, with the venue yet to be determined.

The reward will be a one off play-off decider against the 9th placed team in the Premier Division, for a spot in the top flight in the 2021 SSE Airtricity League season.