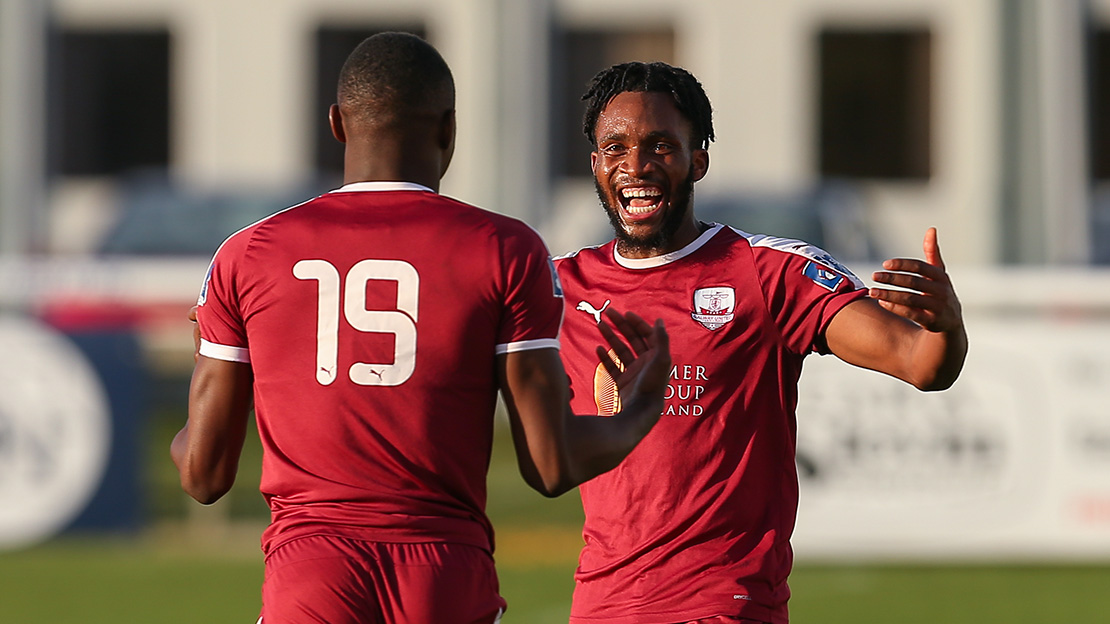 United travelled to the Carlisle Grounds to face Bray Wanderers on Saturday knowing that anything less than a win against the league leaders would in all probability end their chances of a play-off spot.

The Tribesmen were looking for their fifth successive away win after triumphs against Athlone Town, UCD, Cabinteely and Longford Town.

John Caulfield made four changes from Tuesday’s defeat against the Boynesiders. Kevin Horgan, Timmy Molloy, Mikey Place and Enda Curran came into the side in place of Micheál Schlingermann, Stephen Christopher, Francely Lomboto and Wilson Waweru.

The visitors were looking for their first victory at the Carlisle Grounds since 2016 when goals from Eric Foley and Marc Ludden secured a 2-1 success. 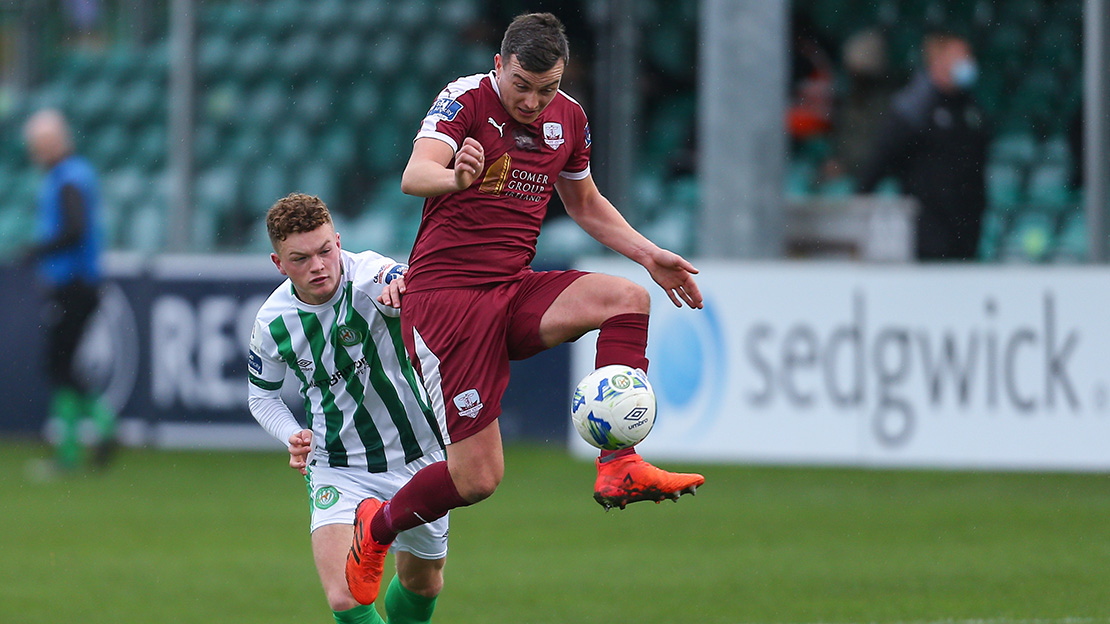 Bray Wanderers on the other hand had won seven of their last eight league games to put them in pole position for the league title, but they knew any slip up here would hand the initiative back to Drogheda United in the title race.

Gary Cronin made one change to his starting eleven with Darragh Lynch being replaced by Gary Shaw, a man who had racked up eight goals against the Tribesmen in 13 appearances in his league career.

The former Shamrock Rovers man almost got on the score sheet early but Kevin Horgan stood tall and blocked his shot out for a corner.

The returning Mikey Place, who was back from his two game suspension for his red card against Cobh Ramblers, was United’s main threat in the first half.

Place powered a shot from distance, which almost caught Brian Maher off guard, but he managed to tip the shot over the crossbar. 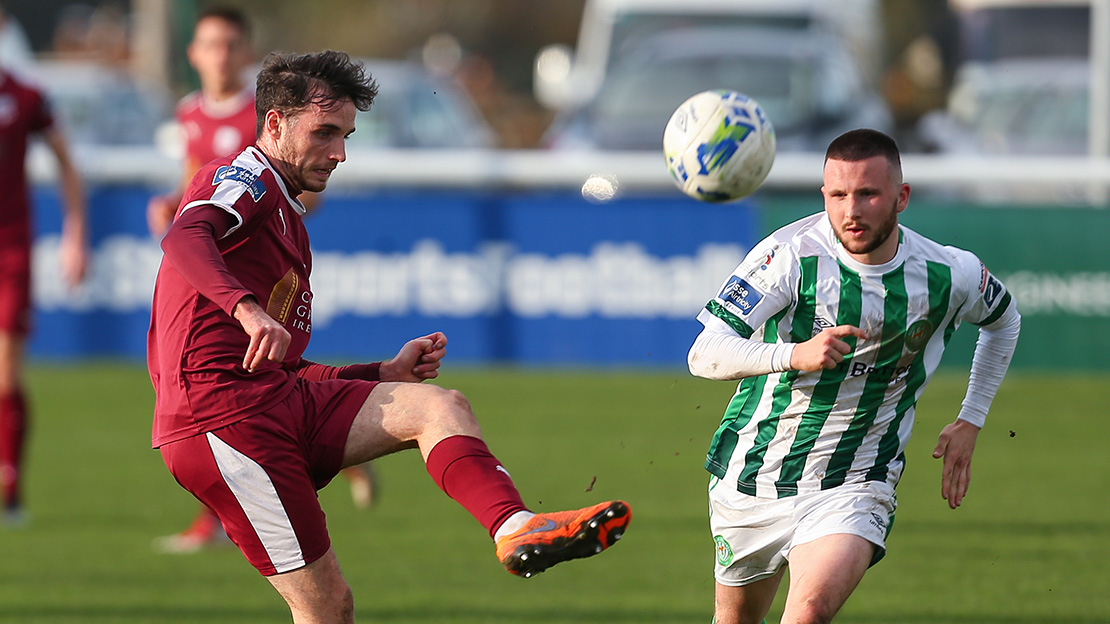 From the resulting corner, Killian Brouder rose highest in the box, but he couldn’t direct his effort goalward to trouble the Bray Wanderers keeper.

Bray had a big chance on the 25th minute when a corner kick caused a scramble in the United box, the ball was cleared, but it was recycled in for Gary Shaw, who headed just inches over the crossbar.

The Seagulls almost went in at the break 1-0 up when Dylan Barnett went close with a sweetly struck long range effort which cannoned off the post.

The first real chance of the second half fell to Shane Doherty, who met Timmy Molloy’s floated cross, but he got too much power on his header and it flew over the crossbar.

The game was getting stretched as it reached the dying embers with both teams knowing only a win would do. Kevin Horgan had to pull off another fine stop to deny Callum Thompson a winner in the 79th minute.

A minute later, Marc Ludden headered over the crossbar from a Shane Duggan free kick. Wilson Waweru had the biggest chance of the game when he broke down the left flank and hit a powerful shot at goal which Brian Maher parried and then ex-United man Kilian Cantwell hooked the ball off the line. 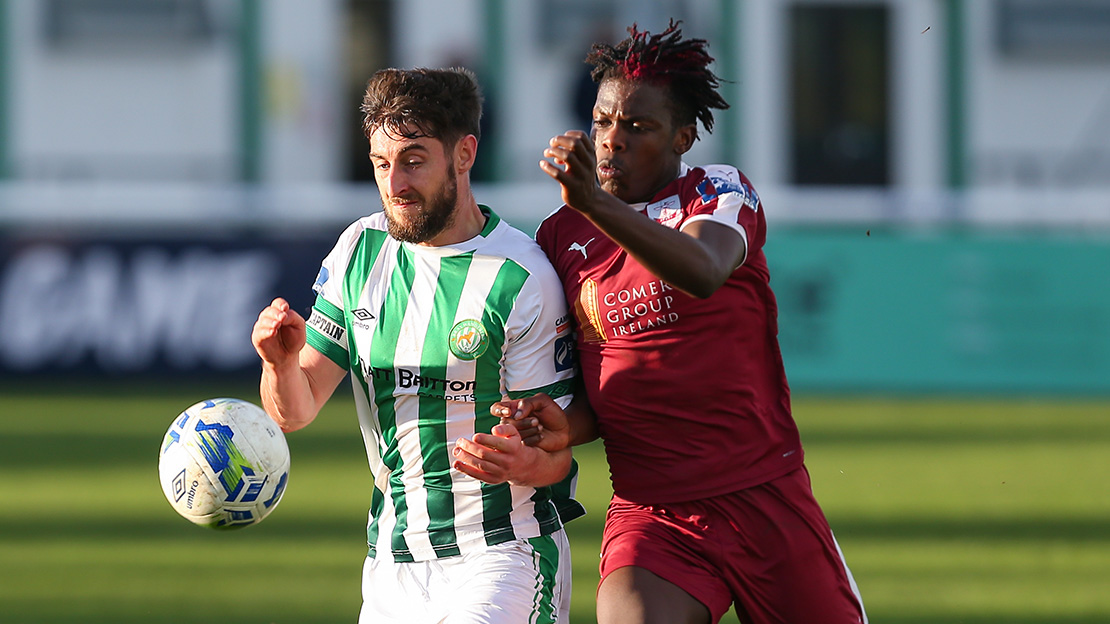 It looked like Bray Wanderers were about to steal a last minute winner and break the Tribesmen’s hearts when they raced down the field with United stretched. Ryan Graydon laid the ball off to Jack Watson on the edge of the box, his effort was on target, but Kevin Horgan made a vital save.

From that attack, the visitors broke up the field with time almost up in the game and for United’s play-off hopes.

Against the odds, and with the last play of the game, two of John Caulfield’s substitutions made the difference.

First Francely Lomboto was desperately unlucky to see his thunderous strike smash off the crossbar with the goalkeeper beaten, but the ball fell to Jack Lynch on the edge of the box, who cushioned his cross beautifully for Carlton Ubaezuonu to scissor kick the ball home in the 93rd minute for his fourth goal in three games to steal the three points. 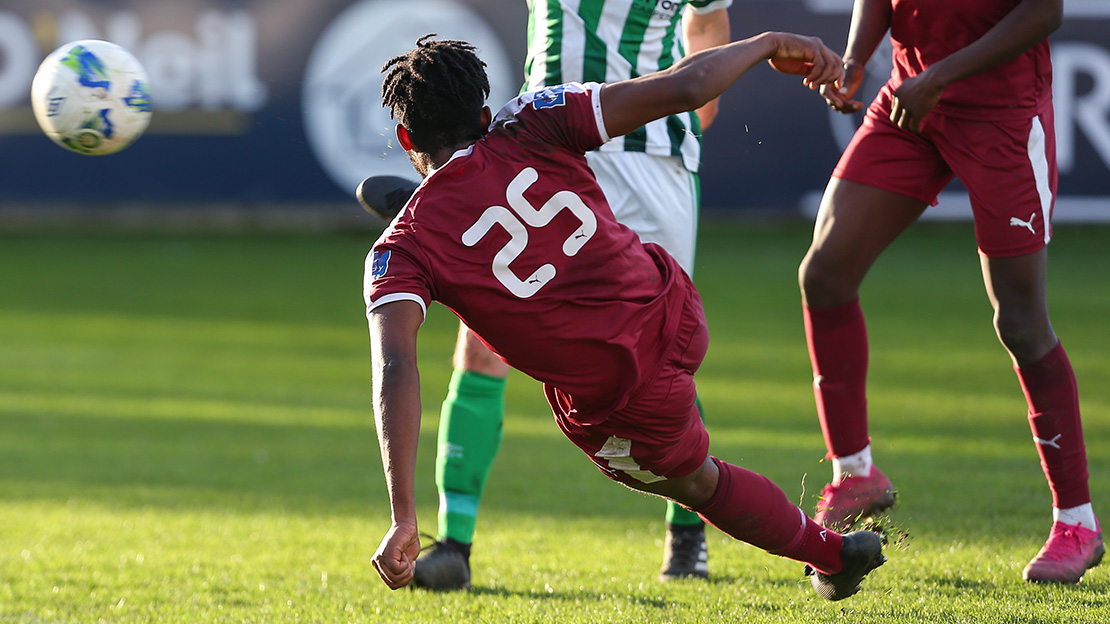 The goal sparked joyous scenes among the United players and in John Caulfield’s dugout with the Bray Wanderers players crestfallen with no time to recover from the setback.

The Tribesmen will face UCD on Tuesday on the last day of the season, knowing a win could remarkably secure a play-off spot for a team who were win-less after eight league games. The game kicks off at 7.45pm at Eamonn Deacy Park.