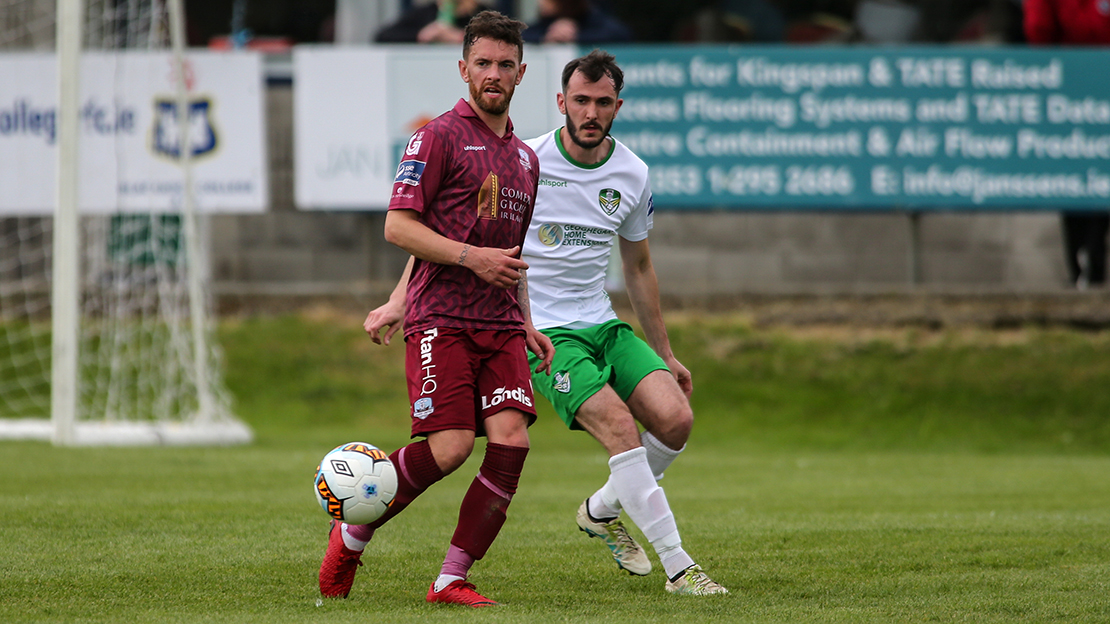 Galway United made it four wins from five with a hard-fought victory over Cabinteely at Stradbrook Road on Sunday afternoon.

United defenders Robbie Williams and Marc Ludden swept home first half strikes to put the visitors in control but Cabinteely pulled a goal back in controversial and bizarre circumstances.

Despite the late goal, United hung on to eke out an important three points ahead of a big showdown against Drogheda United at Eamonn Deacy Park on Friday night.

United struck first when Robbie Williams exhibited a strikers instinct in the box to bend his foot around the ball and place it in the corner of the net, after Ryan Connolly’s free-kick was only cleared as far as the defender. 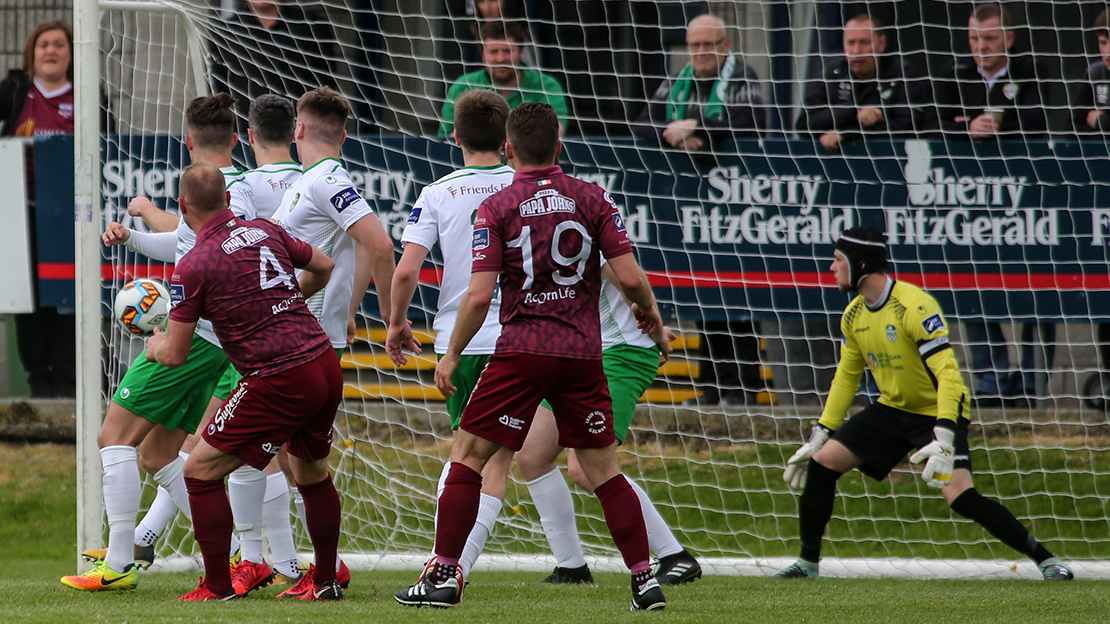 Cabinteely responded strongly to the early set-back. Conor Early let fly from outside the box, but his snapshot was always rising and ultimately cleared the crossbar.

Joe Doyle was next to go close for the hosts, but his rasping drive flew into the side-netting from a tight angle.

Cabinteely winger Dean Casey beat the offside trap and drove at goal before unleashing a shot that demanded a smart save from Tadhg Ryan.

United’s number one had to make another crucial intervention when Luke Clucas sprinted through one-on-one with the goalkeeper, but Ryan made himself big and spread himself well to deny the hosts a leveller.

On the half hour mark, a crucial last ditch tackle kept United’s one goal lead intact. Cabinteely front-man Joe Doyle was just about to pull the trigger in the six yard box, but Stephen Walsh slid in bravely to cut out the danger. 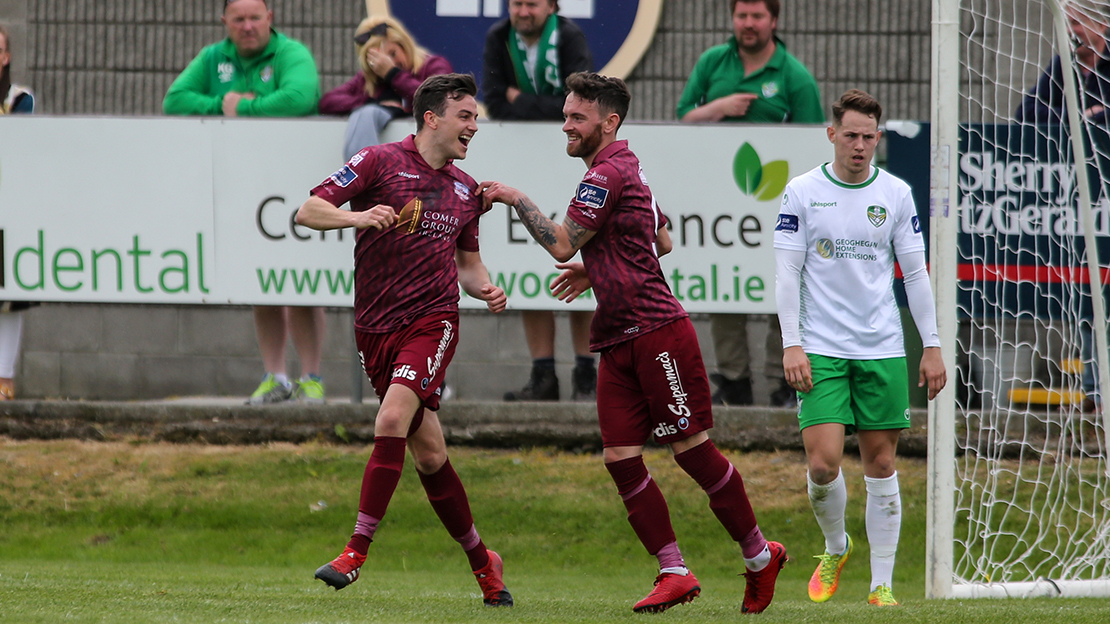 Despite all the pressure from Cabinteely, it was United who grabbed the second goal in the game. Great initial work from Alan Murphy set up Eoin McCormack, who hung up a cross into the box, Cabinteely defender Kevin Knight headed clear, but only as far as Gary Shanahan, who returned the ball into the six yard box for Marc Ludden to finish from close range.

The second half was a low key affair compared to a frenetic opening period. Cabinteely had half chances early in the half through Eoin Stokes and Karl Byrne.

United broke through Danny Furlong, who got a sight of goal, but his shot was straight at Cabinteely goalkeeper Stephen McGuinness.

Shane Keegan’s side went in search of an insurance goal and veteran midfielder Alan Murphy went within inches of providing that when he toe-poked narrowly wide of the post after the ball was deflected in his path following a dangerous free-kick from Ryan Connolly.

Cabinteely continued their search for a lifeline in the game and substitute Kieran Marty Waters flashed an acrobatic bicycle kick narrowly wide of the upright. 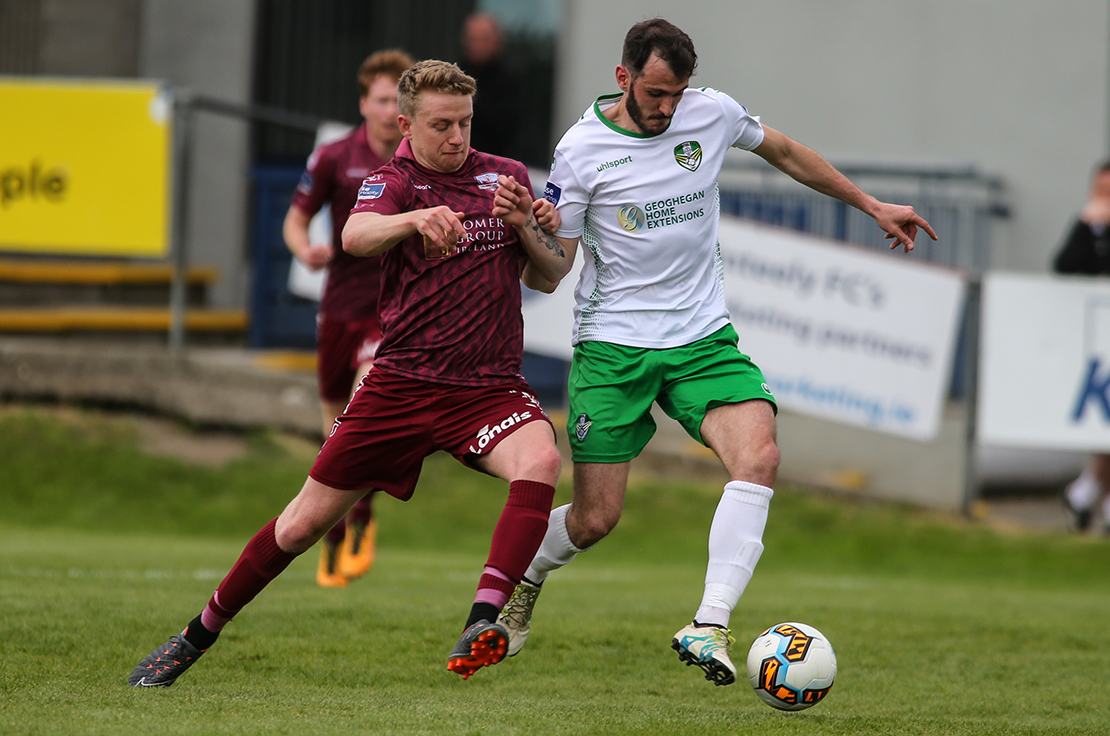 Cabinteely were given a route back into the game in extremely controversial circumstances with a minute remaining on the clock. United goalkeeper Tadhg Ryan had the ball at his feet, then Cabinteely’s Eoin Stokes rushed him and slid into the keepers legs when Ryan had clearly picked up the ball and had it in his hands. Bizarrely, this was not seen as a foul by referee Jason Mannix.

Instead of allowing Ryan to receive treatment after being fouled and slid into by Stokes when he had the ball in his hands, the referee punished the goalkeeper for picking the ball up twice and allowed Cabinteely to take a quick free-kick, which Keith Dalton finished into the unguarded net. Thankfully the farcical incident had no bearing on the outcome of the game…

The hard-earned win sets up a mouthwatering clash for the Tribesmen against Drogheda United at Eamonn Deacy Park on Friday night. Kick-off: 7.45pm.