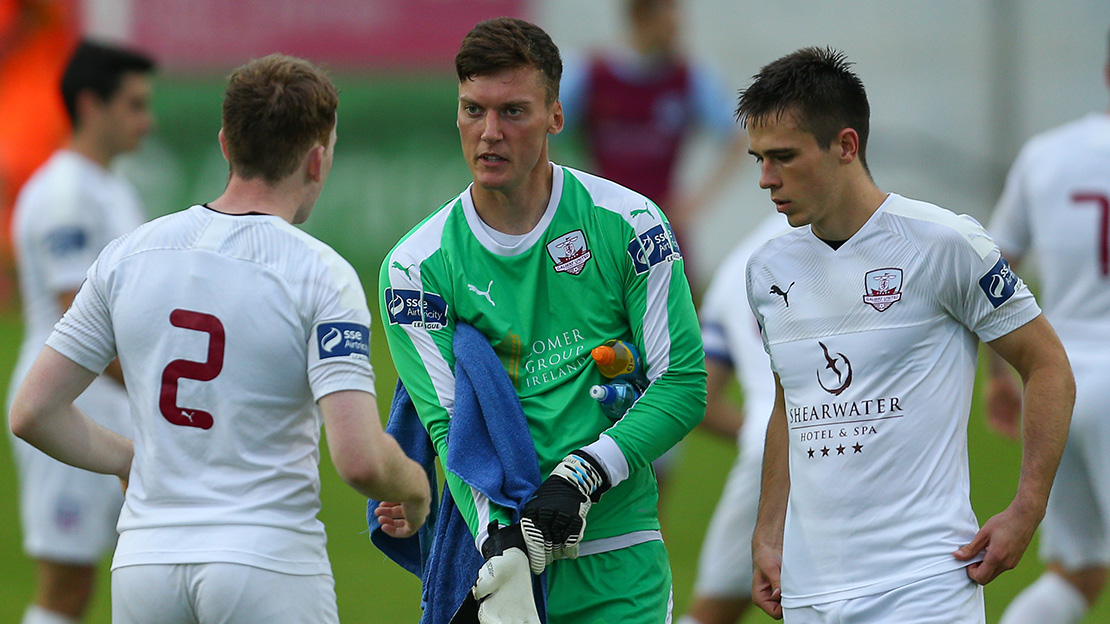 Galway United faced the tough task of trying to end a winless start to the season with a trip to Drogheda off the back of a disappointing home defeat against Longford Town just three days previously.

United started the game with intent. Shane Duggan delivered a fine ball into the box which created a scramble in the goalmouth, but no one was able to get the touch that would’ve given the away side the lead.

The Tribesmen’s positive start was undone with a mistimed challenge from Jack Lynch on Chris Lyons in the box which resulted in a penalty for the home side. Lyons duly dispatched the spot kick and gave the Louth men an early lead.

Maurice Nugent made a vital block to deny Chris Lyons a goal into an empty net when it looked like Drogheda were about to double their advantage.

A few minutes later, Shane Duggan came close to an equaliser when he smashed the upright from a sweetly struck free-kick, which caused a bit of havoc in the Drogheda defence. but they cleared the danger.

Matthew Connor made the first of some excellent saves in what proved to be an impressive debut, saving with his feet to deny Chris Lyons his second goal just before half time. United were unfortunate to be trailing at the break after a lively first half in which they more than held their own.

Both teams were slow enough out of the blocks in the second half. Donal Higgins had the first real chance of note, firing from just inside the box but the Drogheda defender was able to get enough of a contact on the ball to tip his effort around the post and out for a corner.

Matthew Connor pulled off a flurry of wonderful saves in the second half. Firstly from Stephen Meaney who almost scored from his first involvement after coming on for Chris Lyons. Then James Brown had a go but he was unable to beat the former Waterford FC keeper.

United were battling to stay in the game and their efforts were almost rewarded late in the contest with an equaliser. Conor Barry sent in a deep cross from a long range free kick, which met the head of Maurice Nugent, but he could only direct his effort off the post.

United pushed hard for a late equaliser but couldn’t breach the home sides staunch rearguard and this risky approach almost resulted in a second goal for the home side. Drogheda broke quickly from a United corner and Brandon Bermingham managed to carve out a chance but again Matthew Connor was up to the task and kept him at bay.

Alan Murphy’s side again left empty handed when their performance deserving of at least a point.