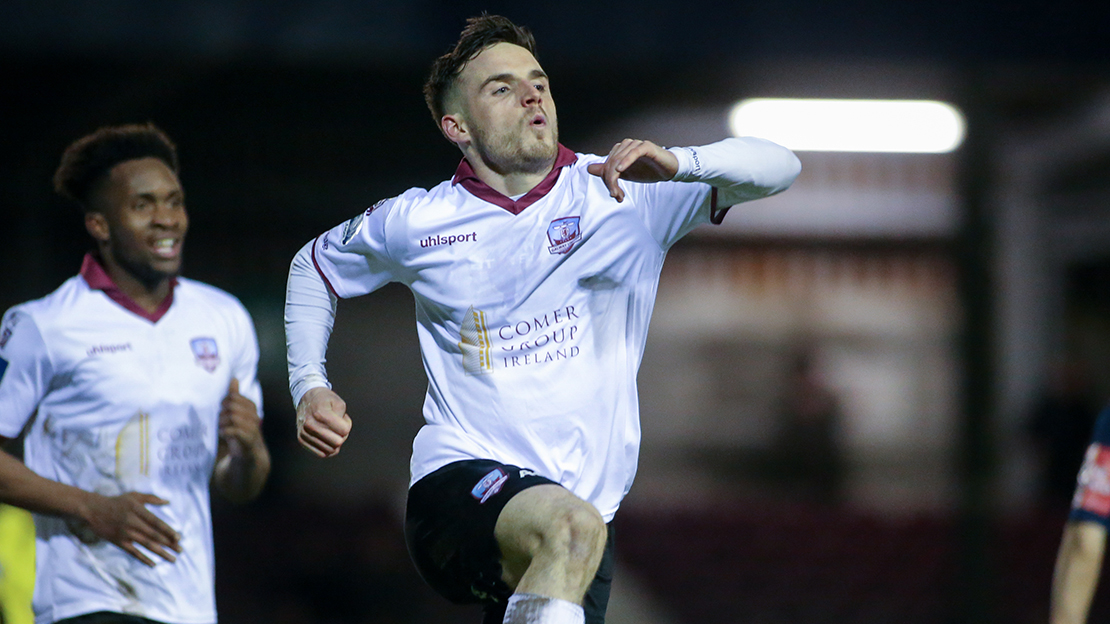 United made it two wins from two at Eamonn Deacy Park with a 3-1 win against Cabinteely, in the first competitive meeting of the sides.

Danny Furlong continued his fine form, notching his 5th and 6th goals of the season with typically composed finishes in either half.

Conor Barry lit up Eamonn Deacy Park with a goal of real quality, volleying into the top corner after he crafted the space for himself with a sublime touch.

Cabinteely got a consolation late on when Joe Doyle rifled home after the ball broke to him from a long throw. 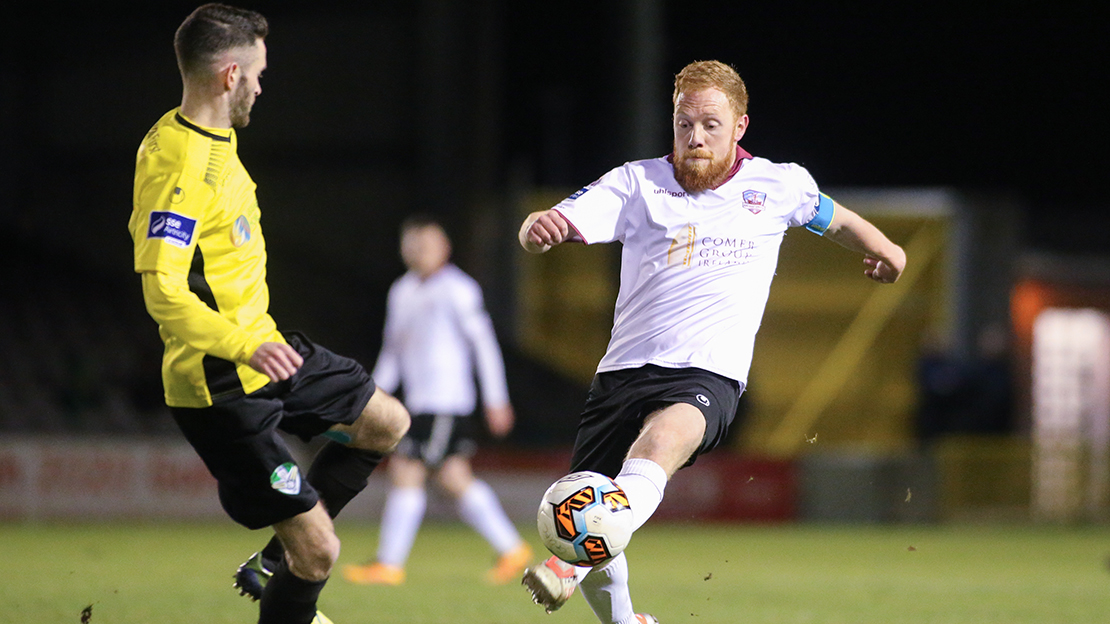 Pat Devlin’s side start brightly and they forced a number of corners in the opening minutes at Eamonn Deacy Park but they came to nothing.

Centre-back partners Stephen Walsh and Maurice Nugent combined in the 10th minute to forge the first real chance of note. Walsh dinked the ball into the box and Nugent glanced goalward, forcing Cabinteely goalkeeper Stephen McGuinness into a reaction save.

Danny Furlong peeled away from his marker and when he was found by a ball over the top from Ryan Connolly, Furlong opted to strike the ball first time, but it was straight down McGuinness’ throat. 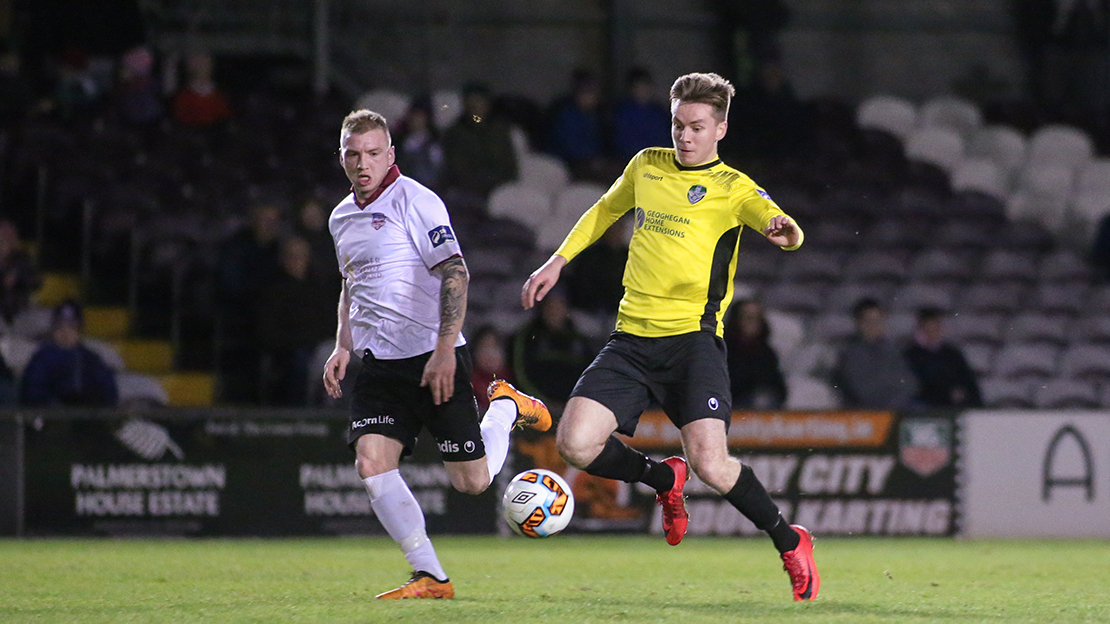 Carlton Ubaezuonu was next to test McGuinness, the winger picked up possession from a cleared corner kick, before dragging the ball wide and fizzing a shot across goal that McGuinness pushed away.

The opening goal arrived just minutes before half time for United. Conor Barry drove through the middle, before rolling the ball into Danny Furlong’s path and who took it in his stride with a fine touch before rifling across goal, into the far corner.

Early in the second half, Carlton Ubaezuonu jinked in and out of tackles before pulling the ball back at the byline, but it evaded everyone in the box.

There was nothing that Stephen McGuiness could to deny Conor Barry his first Galway United goal. Carlton Ubaezuonu fed the ball to Barry, who took a sublime touch, chipping the ball around Cabinteely defender Kevin Knight before connecting sweetly the ball mid air with a fantastic volley into the top corner. 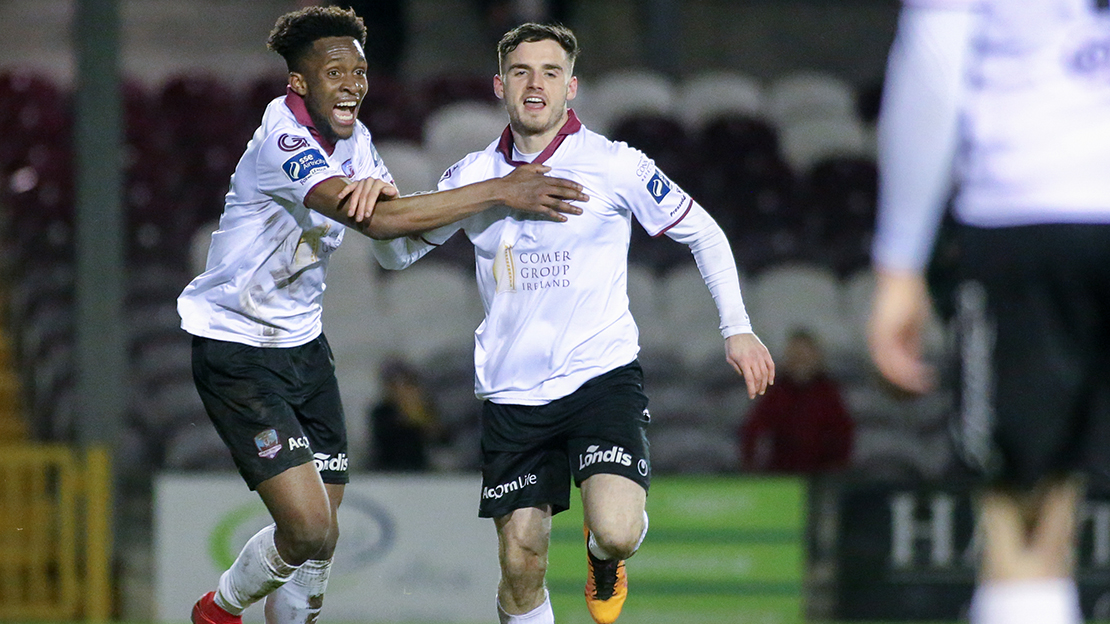 Cabinteely were desperately unlucky not to pull a goal back when Kieran Marty Waters lobbed Tadhg Ryan from over 30 yards out, Waters saw his curling effort crash off the crossbar. The rebound fell to Paul Fox, who also headed onto the crossbar and Stephen Walsh was on hand to clear the ball out for a corner kick.

From that corner, United broke and grabbed a third goal. Maurice Nugent punted the ball out of defence, Cabinteely defender Karl Byrne failed to deal with the danger and Danny Furlong stole in to toe-poke the ball over the advancing Stephen McGuinness. 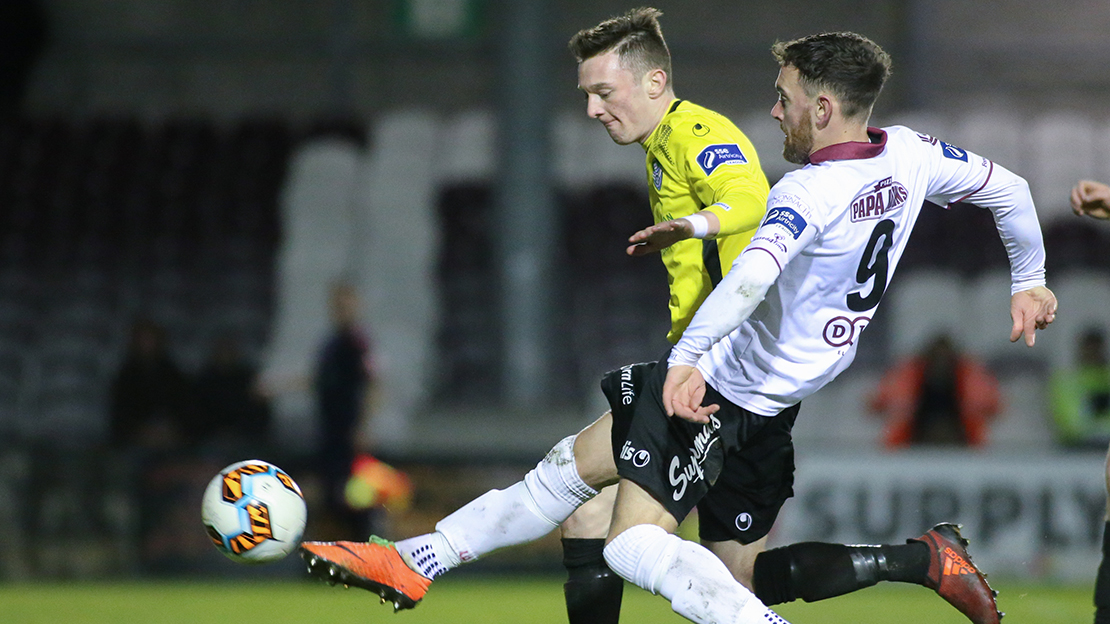 Cabinteely grabbed a consolation late on when United failed to defend a long throw from Kevin Knight. The loose ball dropped to Joe Doyle, who spun in the box before firing past Tadhg Ryan.

The visitors were reduced to ten men in stoppage time when Christian Lotefa was given a second yellow card for a clumsy challenge on Ryan Connolly.