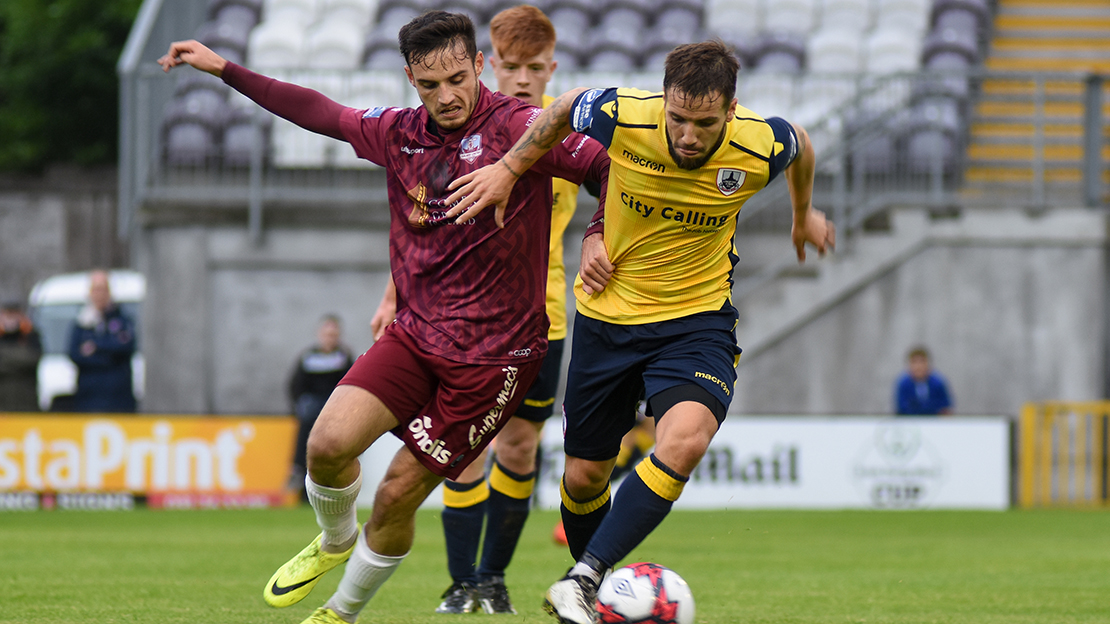 A brace apiece from Jamie Doyle and Dylan McGlade saw United suffer a heavy defeat at the hands of Longford Town on Friday night.

Alan Murphy made a single change to the team that defeated North End United in the FAI Cup last weekend, with Alex Byrne coming back into the team.

Early on, a long ball into the Longford box wasn’t claimed convincingly by Michael Kelly under pressure from Eoin McCormack, but the ‘keeper gathered at the second attempt.

Dylan McGlade had the visitors’ first chance of note when he charged up the middle, evading two challenges before hitting a shot that Tadhg Ryan had to get a strong hand to. 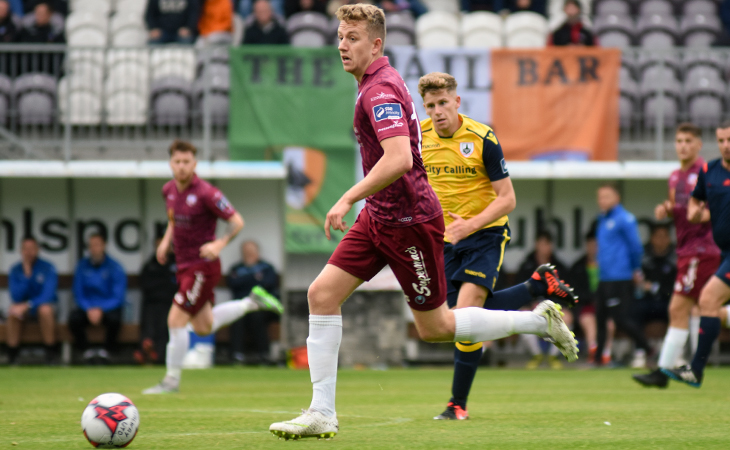 Not long after, McGlade was involved again when he beat Christopher Horgan and found Darren Meenan at the back post, eventually dfalling to Karl Chambers whose volley just cleared the crossbar.

16 minutes in, Longford took the lead. Darren Meenan crossed from the right and the unmarked Jamie Doyle slotted home the opener.

Conor Barry tried to test Michael Kelly with a shot from 35 yards but it was easily gathered.

Just before the half-hour mark Ryan Connolly delivered a free-kick into the box which Walsh tried to get on the end of but he couldn’t quite reach it. 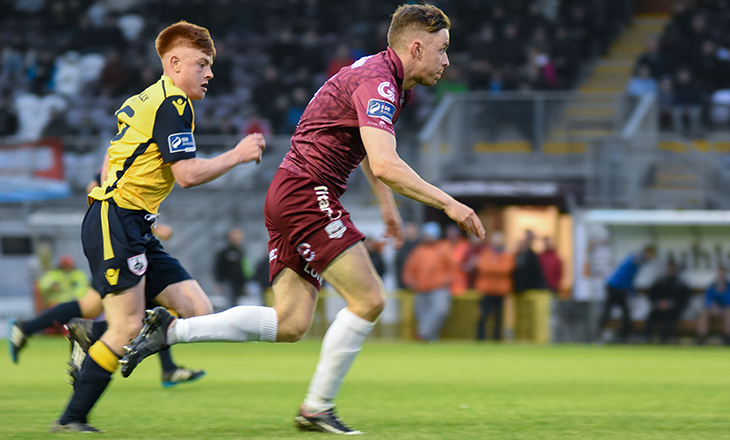 Five minutes into the second half Longford doubled their lead. Jamie Doyle hit a left-footed shot from outside the box that seemed to deceive Tadhg Ryan who got a touch to it, but not enough to prevent the goal.

On 55 minutes, Dylan McGlade made it three after outpacing Horgan and slotting it low under Tadhg Ryan.

McGlade jinked in and out before curling a shot that look destined for the top corner but Tadhg Ryan palmed the ball out for a corner.

Twelve minutes from time, Alex Byrne’s clearance only fell as far as McGlade, who slotted the ball in the bottom corner from outside the box to put the visitors four up. 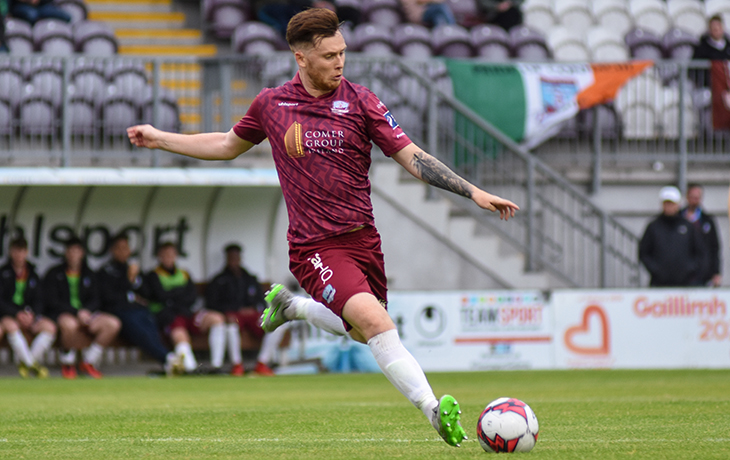 Deep in injury time, substitute Carlton Ubaezuonu cut inside at the byline, nutmegging Evan O’Connor in the process, and then drove into the box and muscled past Mick McDonnell before beating Kelly at his near post from an acute angle.

The consolation did little to gloss over what was a wretched night for the Tribesmen.