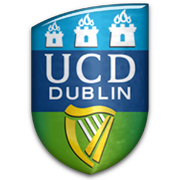 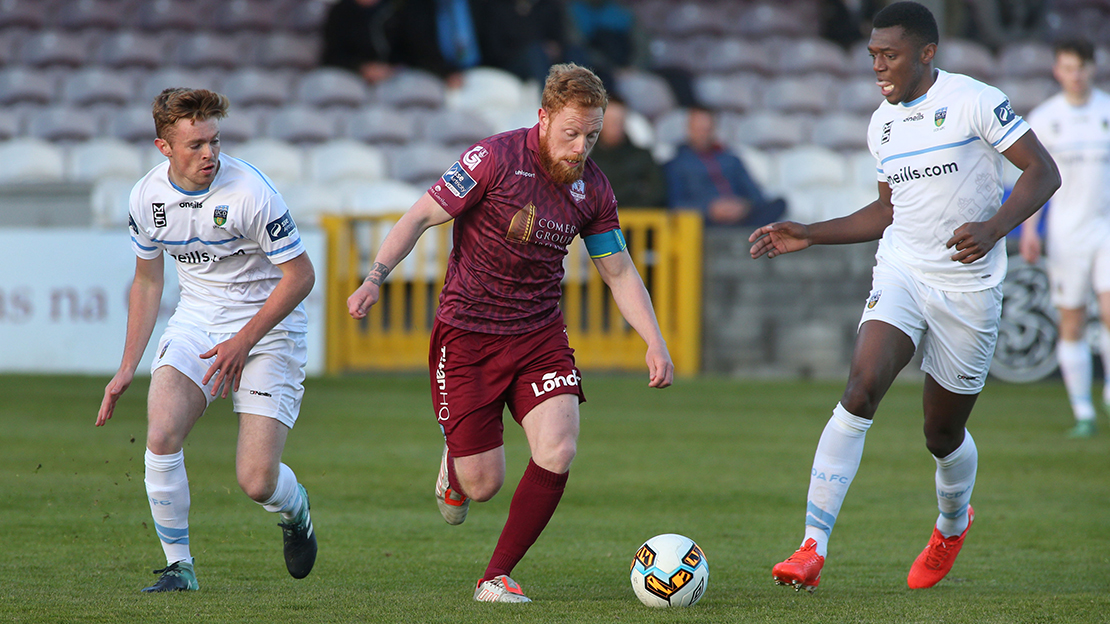 An excellent performance saw Galway United run out deserved winners against UCD courtesy of quality strikes in either half from Eoin McCormack and Ryan Connolly.

United were looking to exorcise the disappointment on Monday’s defeat to Finn Harps against a high-flying UCD side who came into the encounter having humbled Wexford 8-0 in their bank holiday fixture.

Shane Keegan’s side started strongly and Alan Murphy fired a warning after good work from Gary Shanahan allowed him to cut it back for a shot that Murphy sent over the bar.

Ten minutes in, the home side were rewarded for the early pressure they had been exerting. Ryan Connolly was fouled outside the box and Eoin McCormack hit the resulting free-kick into the top left-hand corner from 25 yards, coming off the crossbar and the despairing Conor Kearns on the way into the back of the net. 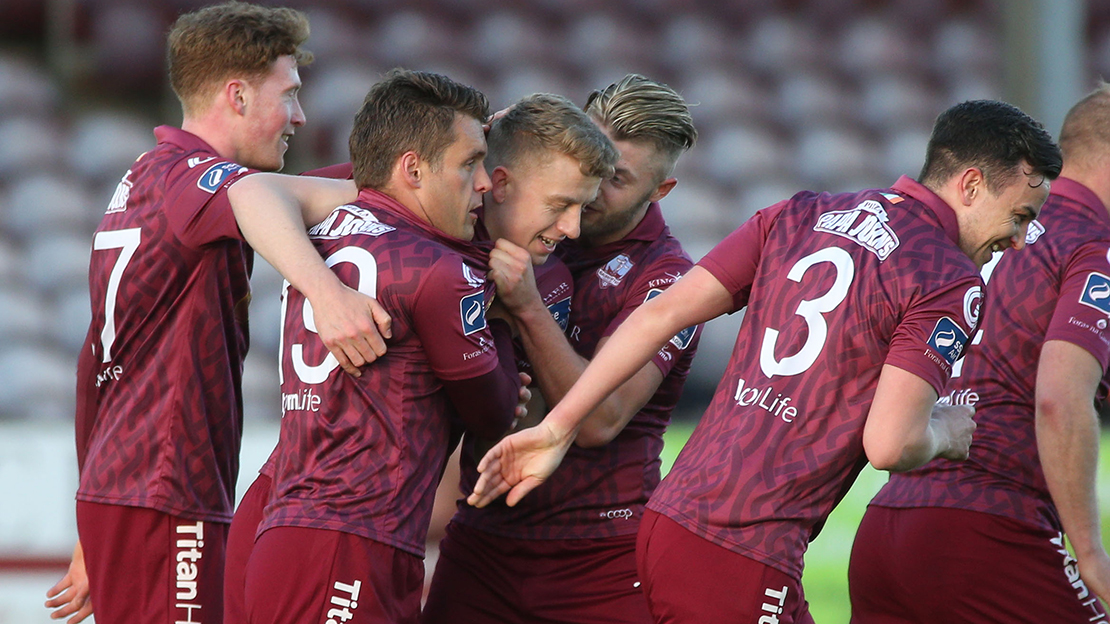 Gary Shanahan was unlucky not to make it 2-0 when he met Eoin McCormack’s cross from the left touchline at the back post, but he saw his effort hit the ground and graze the crossbar as it went out for a goal kick.

Alan Murphy played a great ball from deep for Eoin McCormack to run onto before trying to slip it into Ryan Connolly, who was arriving in support but Paul Doyle stuck out a leg to rob Connolly of a free shot on goal.

Excellent pressure from Ryan Connolly allowed Marc Ludden to roll a loose clearance to Connolly, who drove at goal from the corner and the midfielder tried to square it across goal but Conor Kearns saved at his feet and gathered.

Daire O’Connor played a good ball in behind for UCD captain Gary O’Neill to run onto, but Robbie Williams was across quickly to close down O’Neill and the danger was cleared. 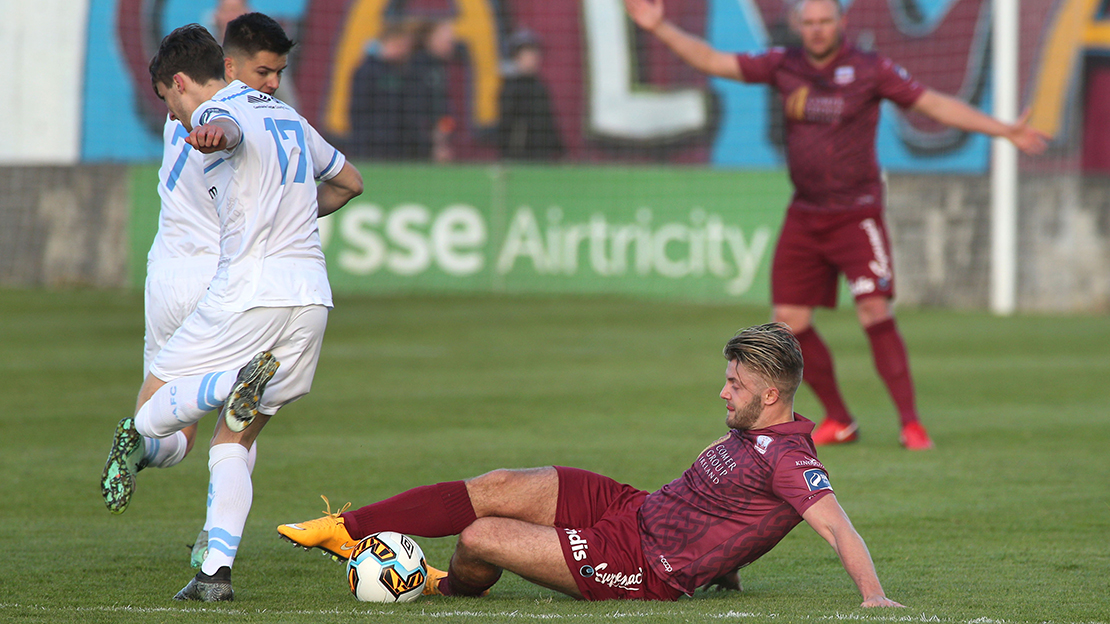 Ryan Connolly pressured Paul Doyle into quickly returning a throw out from his ‘keeper, which Kearns hurriedly tried to clear under pressure, but it only went as far as Danny Furlong. The usually clinical striker could only fire straight at Kearns from 12 yards.

Paul Doyle had an effort from distance that Tadhg Ryan needed to put out of a corner. More good pressure from Ryan Connolly on Maxim Kouogun saw the ball eventually fall to Furlong, who shot just wide of the far corner.

Into the second half, Ludden drove forward on the overlap, receiving an excellent reverse pass from Ryan Connolly on the edge of the box, before rolling it behind him with the sole of his foot to Danny Furlong who had made a run in behind, but Josh Collins was there just in time to deny Furlong a crack at goal.

UCD enjoyed a brief foothold in the game early in the second half with Kevin Coffey and Georgie Kelly, on two occasions, causing problems for the home side. 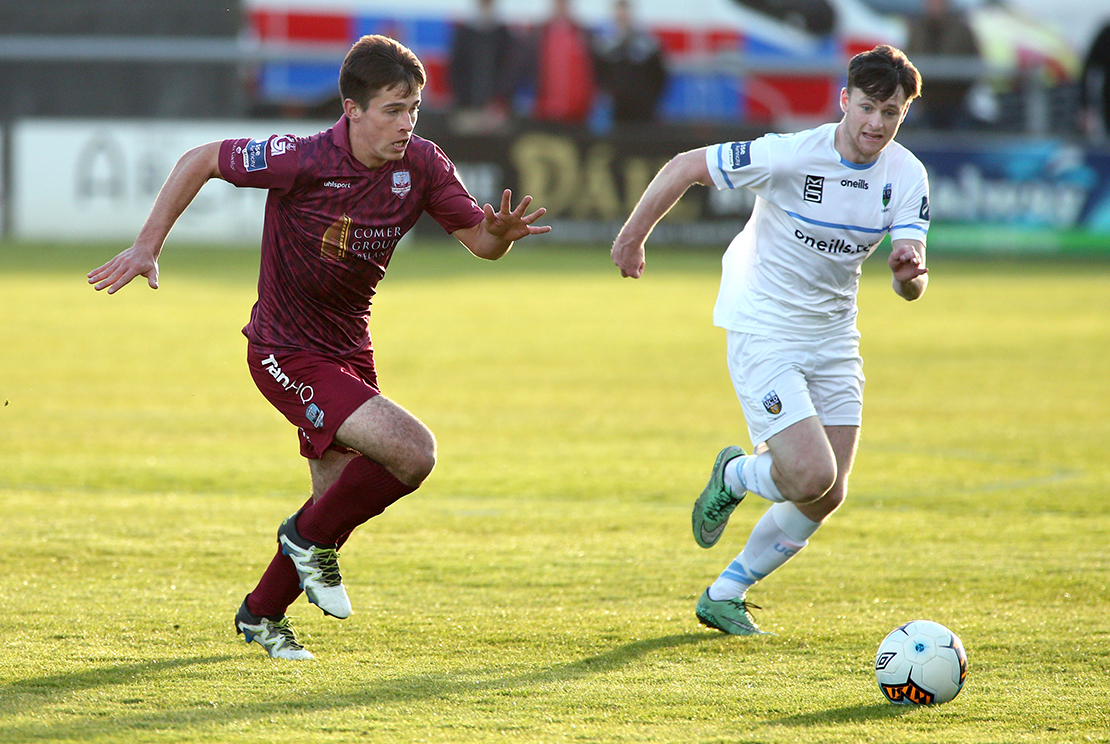 On the hour mark, Murphy ran onto a ball from Ludden, leaving UCD defender Josh Collins for dead, before rifling a left-footed shot just over the bar from the edge of the area.

In the 77th minute, Ryan Connolly grabbed the goal that his performance deserved, with an absolute cracker. Eoin McCormack headed down an attempted UCD clearance before Connolly briefly steadied himself and smashed it on the half volley into the far left corner past the stranded Kearns from over 25 yards.