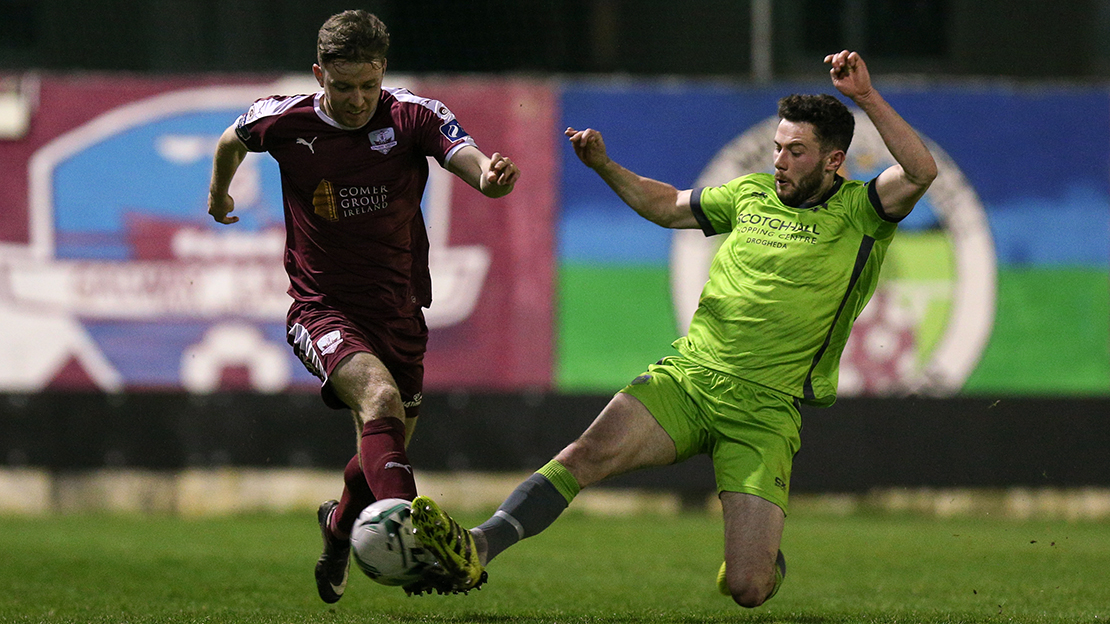 Mark Doyle’s first half strike for Drogheda United’s earned the three points for the visitors at Eamonn Deacy Park on Friday night.

Drogheda had the first chance of note when Paul Skinner’s long kick wasn’t dealt with and Mark Doyle stole in behind the United back line, before attempting to chip Andreas Werner, but it just cleared the upright.

On the quarter-hour mark in a nice set piece routine, Marc Ludden slipped the ball to Colin Kelly from a corner, who peeled away at the near post before laying the ball off to Conor Barry, but a Drogheda defender blocked Barry’s attempted shot, before Colin Kelly blasted the rebound over the bar. 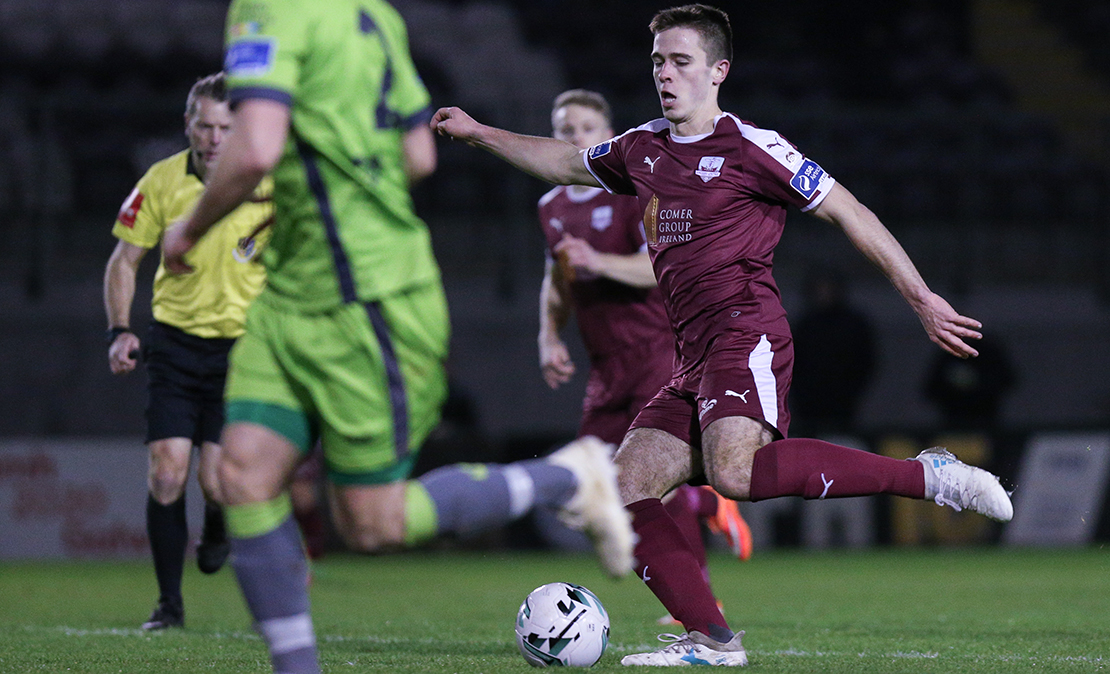 Maurice Nugent did well to win the ball in the centre of the park before driving into the Drogheda half. He then fed the ball to Conor Barry, who got a shot away from outside the box, but it was straight at Paul Skinner.

Christopher Horgan played a one-two with Vinny Faherty before whipping a low cross towards the near post. Conor Melody got down low, meeting it with a brave diving header, but it lacked the power to beat Skinner.

Moments later on the 25 minute mark, Drogheda took the lead. Mark Doyle advanced around the outside of Christopher Horgan and beat Andreas Werner at his near post.

Drogheda almost pulled the same trick ten minutes later when they broke out from a Galway United attack. Mark Doyle took the ball past Walsh and got a shot away, but Werner was able to gather it. 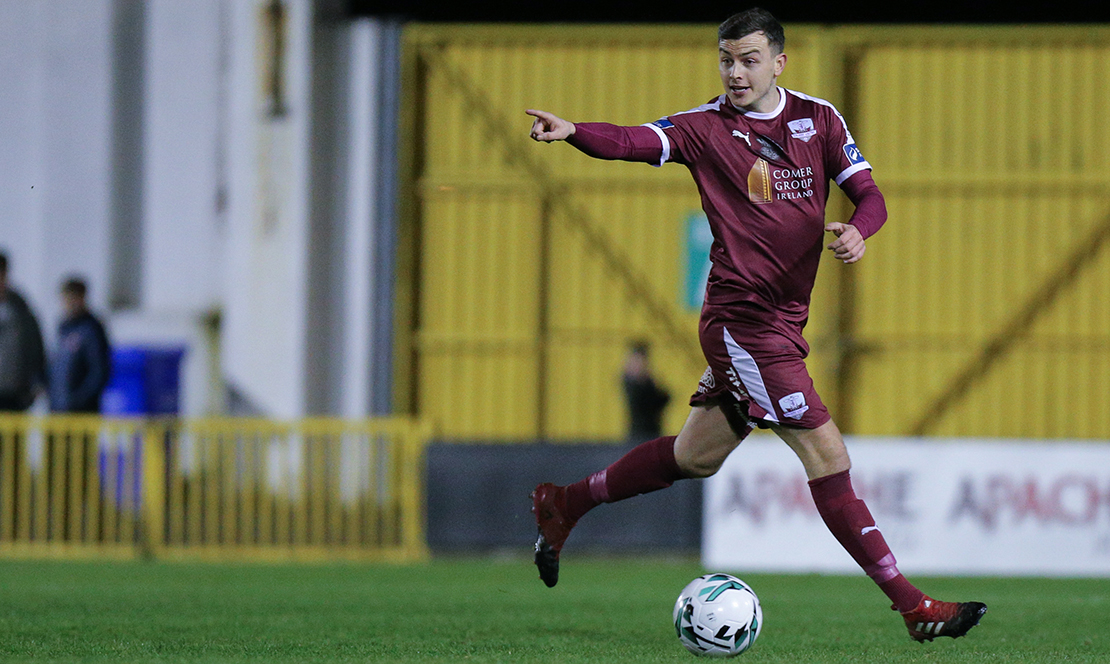 Alan Murphy introduced Ivan Gamarra and Dara Costelloe at the break and United started the second half a little brighter.

Gamarra rolled the ball into Vinny Faherty, who swivelled on the ball and curled it wide of goal ten minutes into the second period.

Conor Kane broke at Galway United, clipping a cross into the box from the left wing. Stephen Meaney rose in the box to get a head to it, but it was straight at Andreas Werner.

Drogheda had a big chance to extend their lead when Galway United were caught in possession in defence. Stephen Meaney stole in to gather possession and his low shot had to be pushed away from goal by Werner. 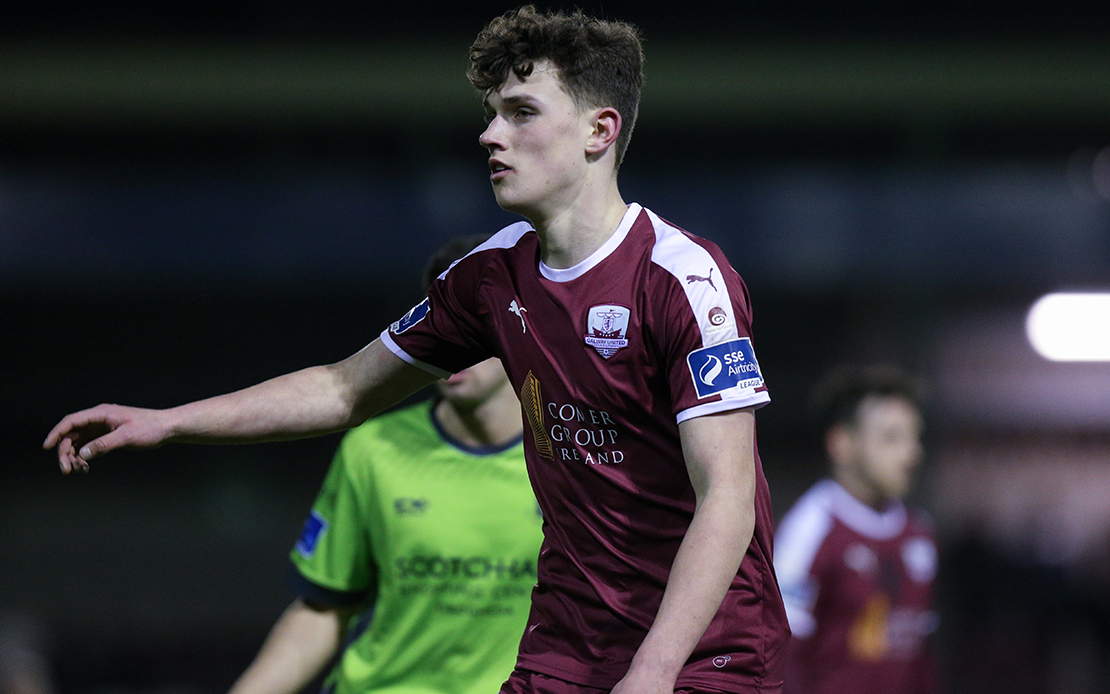 Conor Kane raided down the left wing again for Drogheda, overlapping and delivering a perfectly weighted cross to Stephen Meaney, who had a free header, but he nodded it over.

In the closing minutes Werner had to tip Luke Heeney’s cross over the bar for a corner kick.

In the dying moments, the home side has their best chance to draw level. Jeff McGowan rolled the ball across goal, with Dara Costelloe sliding in to meet it at the back post, going agonisingly close to getting a touch.

United now travel to face Cabinteely next week in Stradbrook on Friday night, as Alan Murphy’s charges look to achieve a third successive away win.