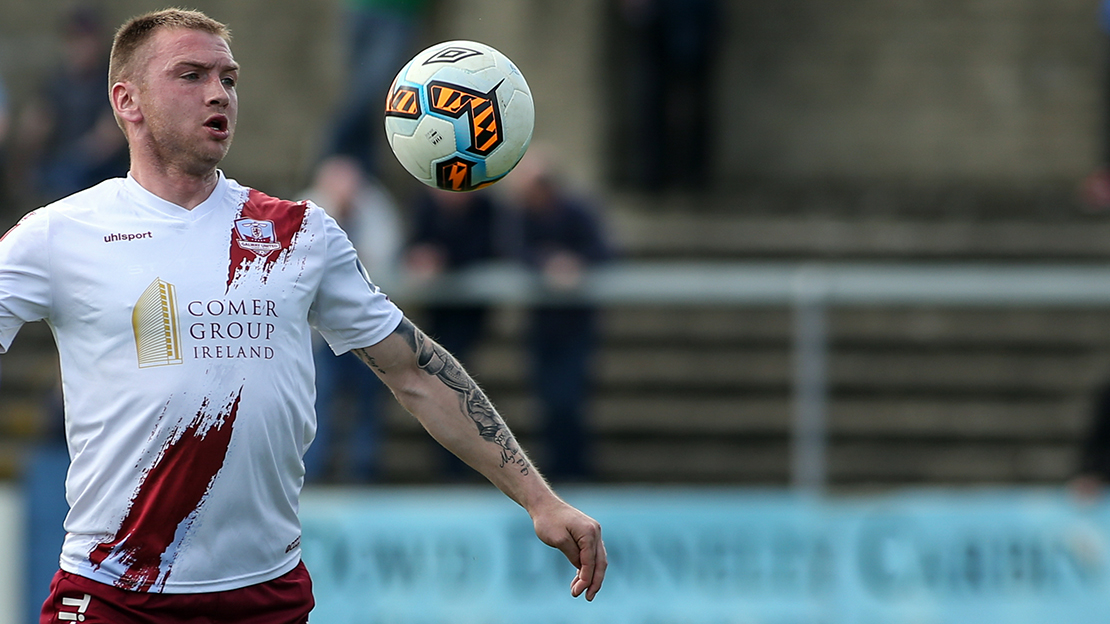 Galway United fell to a second successive defeat at the City Calling Stadium against Longford Town.

The hosts started the game in a far more determined manner and they were rewarded with an early goal.

Aodh Dervin was picked out by Dean Byrne and the midfielder let fly from outside the box, leaving Connor Gleeson with little chance.

United responded with a set-piece. Marc Ludden’s long throw was nodded on by Eoin McCormack to Gary Shanahan, who attempted to steer the ball home with an acrobatic volley, but Mick Kelly pulled off an impressive save to thwart the full-back.

Longford went close when Noack-Hofmann rose to meet Darren Meenan’s corner with a powerful header, but it cleared the upright.

Gary Shanahan raided down the right flank before teeing up Conor Barry, but Barry leaned back and skied his effort.

Longford winger Dylan McGlade cut in from the left before finding Darren Meenan, who cleverly clipped the ball into Aodh Dervin’s path, however his shot was straight at Gleeson this time.

Eoin McCormack cut in from the right before unleashing a curling shot that looked like it was destined to nestle in the bottom corner but the ball flashed narrowly by the post.

United were dealt a hammer blow just moments before half time when Sam Verdon dispossessed Stephen Walsh before bearing down on goal and slotting the ball past Connor Gleeson.

Longford were reduced to 10 men on the stroke of half-time when Darren Meenan flew into a tackle, two footed, with his stoods up on Conor Barry.

Despite their numerical disadvantage, Longford could’ve made it three shortly after the break. Gary Shanahan’s gave the ball away and Dean Byrne evaded Robbie Williams challenge before firing over the crossbar.

United were given a lifeline when Dylan McGlade was robbed of possession and Conor Barry knocked the ball past Mick McDonnell before finding the net.

The game should’ve been level when United were awarded a penalty for a foul on Eoin McCormack, but Alan Murphy blazed his spot-kick over the upright.

United’s search for an equaliser continued. Mick Kelly had to make a impressive reaction save with his legs to keep out Marc Ludden after Ryan Connolly had threaded a ball through for the full-back.

The result was sealed when some more poor United defending allowed Karl Chambers to get a shot away in the box, the ball ricocheted off the past and hit Robbie Williams and rolled into the back of the net.

Stephen Walsh, who was pushed up-front for the remaining minutes, pulled a goal back with a low strike, but it was too little, too late for United.