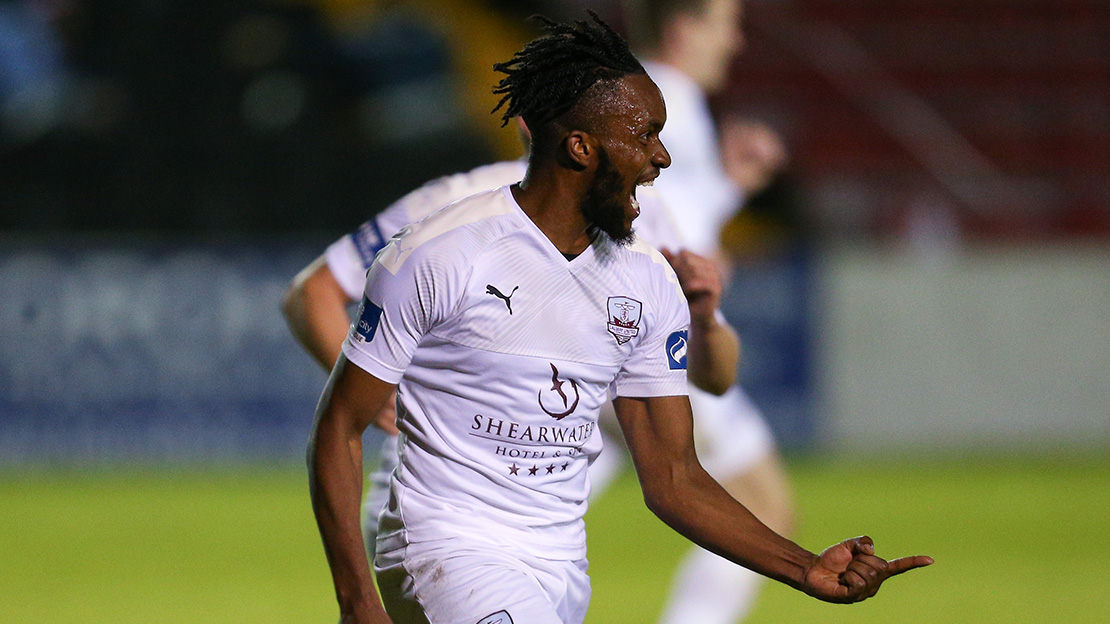 Galway United faced a tough trip to Bishopsgate to face Longford Town in a vital clash in pursuit of a valuable play-off spot with only four league games remaining.

John Caulfield was looking for a better performance from his side, who fell to a disappointing home defeat to Cobh Ramblers last time out.

United were looking to achieve their first victory away to Longford Town since 2015 when they won 1-0 thanks to a Jake Keegan goal.

The hosts started with intent, putting the Tribesmen on the backfoot straight away. Killian Brouder had to tip over a Dylan Hand header for a corner, which could’ve caused Micheál Schlingermann problems. 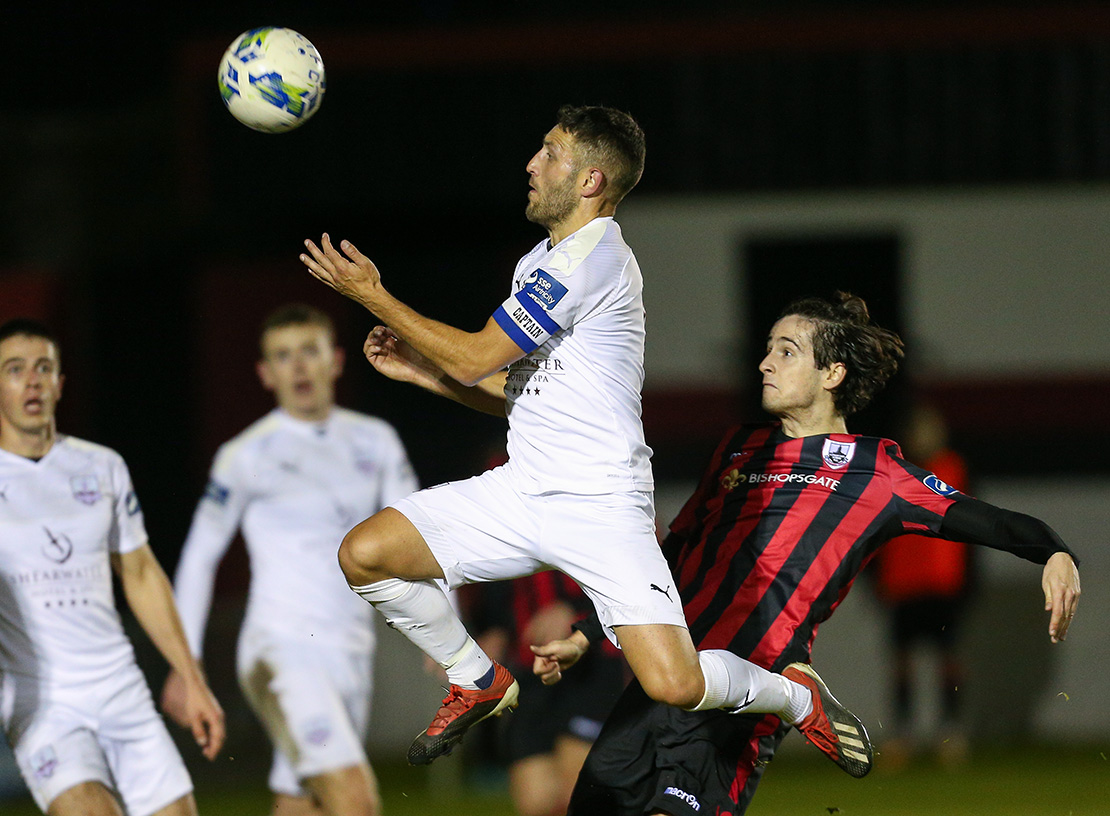 From the resulting corner, Aaron McNally forced a save from the keeper, but unfortunately for him, Rob Manley was in the right place at the right time to tap home the rebound.

The midlanders doubled their lead on the 33rd minute when they broke quickly from a United attack. Lee Steacy punted a long ball up the pitch, which reached Adam Evans, who slotted his effort into the bottom corner from an acute angle past Micheál Schlingermann.

The visitors were really struggling to keep pace with Longford, who were passing the ball around well, but United were given a lifeline just before the break when Marc Ludden poked the ball home from a Killian Brouder flick on after a mad goalmouth scramble.

Carlton Ubaezuonu came on for Conor Barry at the start of the second half and few could have believed the impact he would have on the game.

Incredibly United were level after 47 minutes when Marc Ludden doubled his tally to bring the Galway men right back into the game after he thumped the ball into the back of the net from a corner kick. 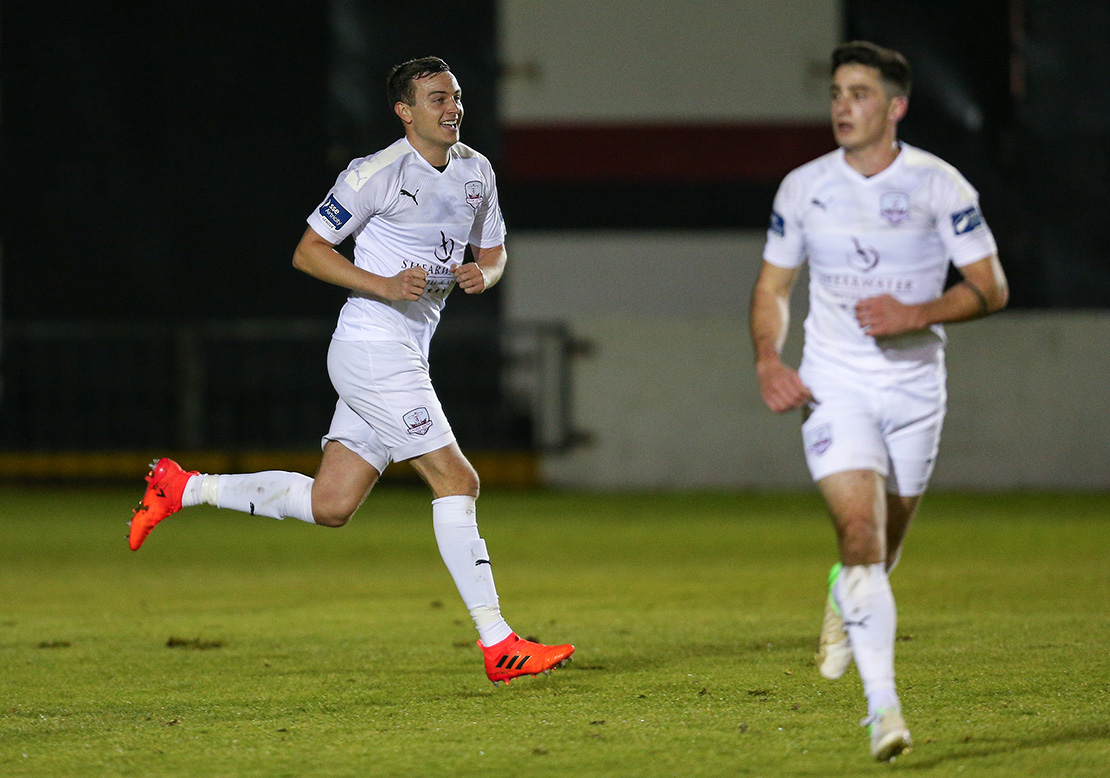 United almost took the lead after 56 minutes when Shane Doherty marauded down the right wing and powered a ball to the back post across the six yard box which Carlton Ubaezuonu reached, but he couldn’t keep his shot down, and it cleared the crossbar.

Ubaezuonu made up for that miss minutes later when he got the first of his three goals. Stephen Christopher floated in a free kick, which caused panic in the host’s defence, the ball fell to Carlton Ubaezuonu, who scissor kicked the ball into the back of the net to give the Tribesmen a scarcely believable lead.

John Caulfield would have been very pleased with the quality of the set pieces as United scored from another Stephen Christopher free kick to double their lead. Maurice Nugent flicked the free kick towards goal, forcing Lee Steacy into a good save, but Carlton Ubaezuonu was on hand to slot the rebound home for his second goal.

Longford Town almost pulled a goal back with a sensational effort from the halfway line. Dylan Hand thumped the ball from all of 50 yards, attempting to lob Micheal Schlingermann, but the Mayo man pulled off an incredible save to tip it over. 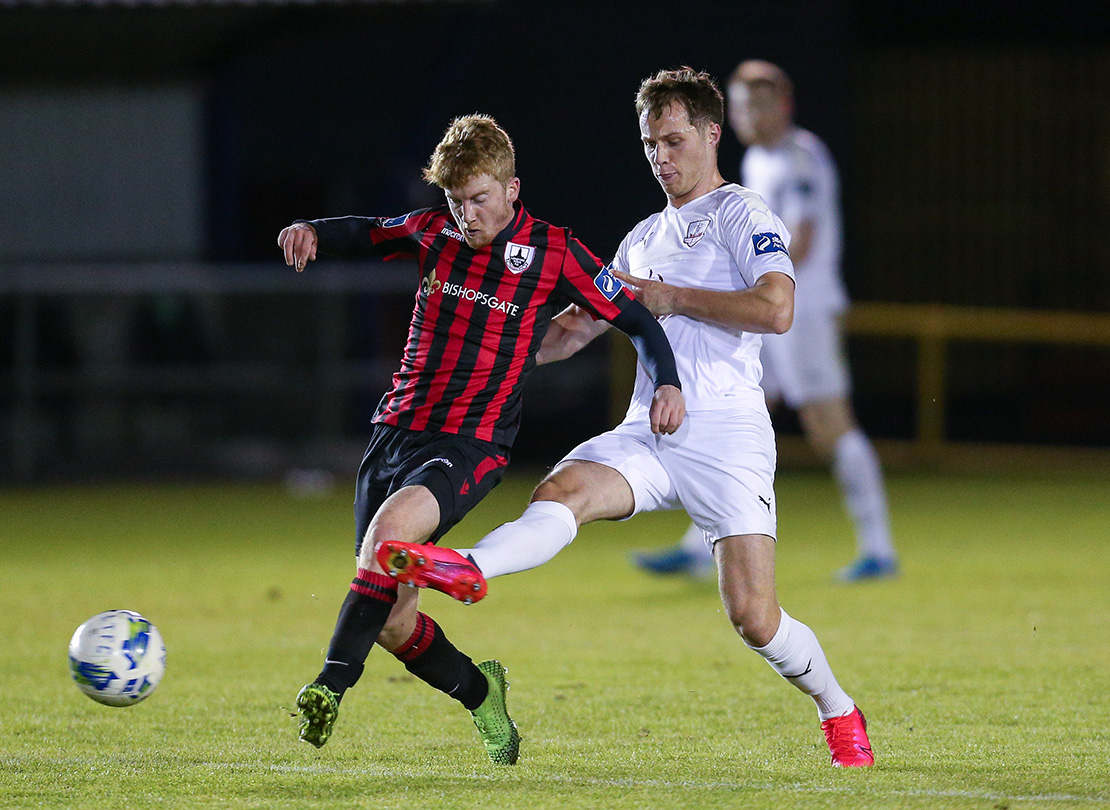 United killed the game in the 79th minute with their fifth goal. Shane Doherty, who was a thorn in the Longford defence all evening, sprinted down the wing and he pulled the ball back for Wilson Waweru, who comfortably slotted the ball home past the hapless Lee Steacy.

The Tribesmen capped a sensational five star performance in the second half with their sixth goal of the evening when Carlton Ubaezuonu completed his hat-trick.

Ubaezuonu got on the end of a Marc Ludden through ball and he turned Mick McDonnell inside out before almost breaking the net with a ferocious shot which blasted past Lee Steacy into the roof of the net.

It was a sensational turnaround from the visitors at Bishopsgate as they left with the three points, giving their play-off bid a new lease of life.

John Caulfield’s next assignment is against title contenders Drogheda United at Eamonn Deacy Park next Friday kick off at 7.45pm. It will another vital game in the race for a playoff spot. 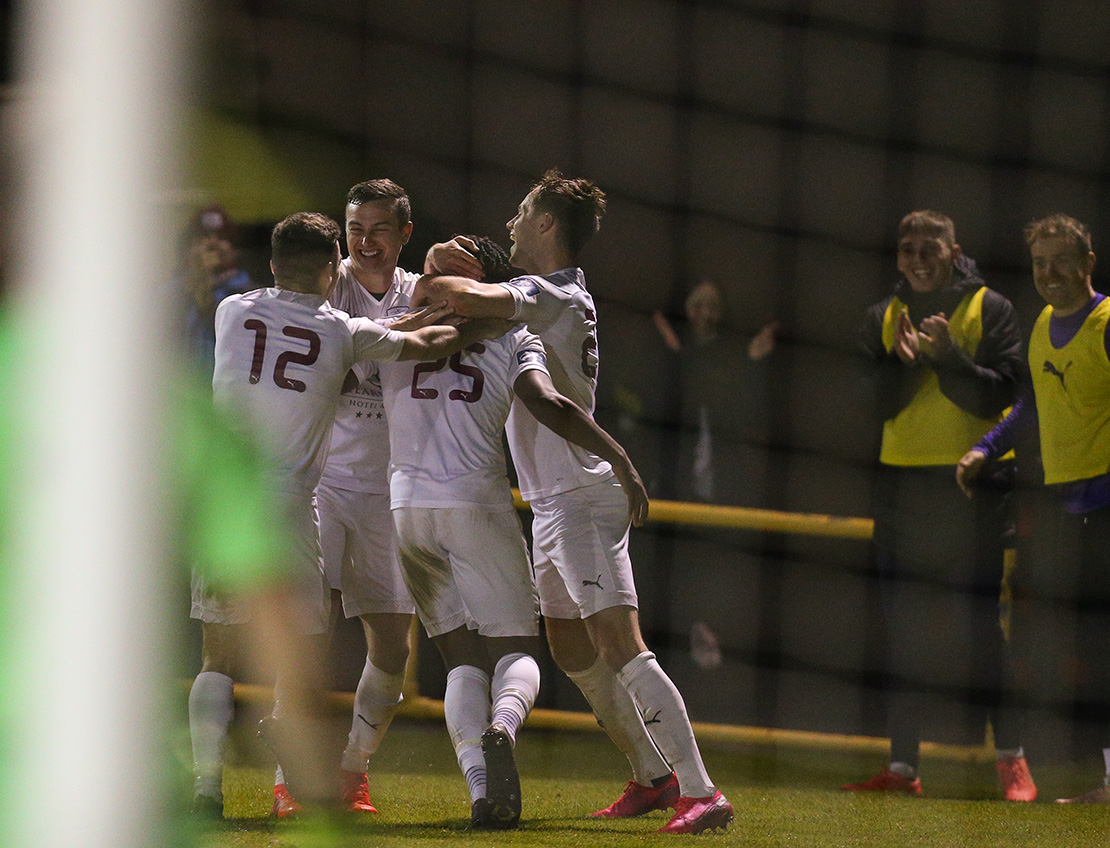