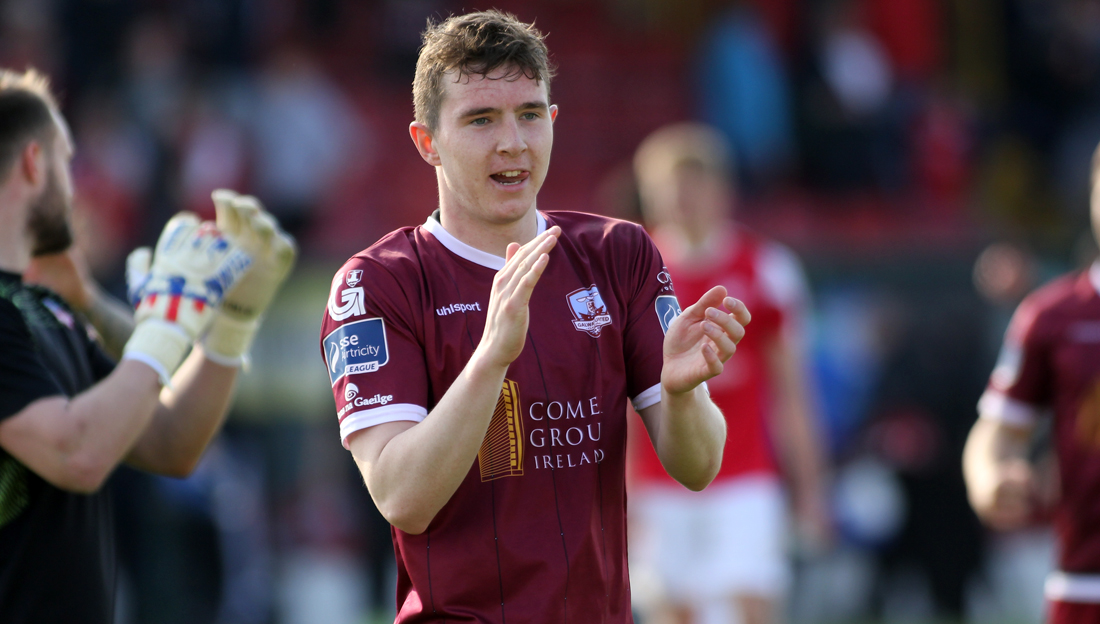 Galway United conclude the first series of league games with a re-fixed match against Derry City at Eamonn Deacy Park on Monday, May 8th. Kick-off: 7.45pm.

United substitutes Padraic Cunningham and Jesse Devers bagged their first league goals of the season in the Tribesmen’s 2-2 draw against Drogheda United at United Park on Friday night.

Derry City got back to winning ways, overcoming Bohemians at Maginn Park to set up an important league game for both sides at Eamonn Deacy Park on Monday.

PADRAIC CUNNINGHAM | “IT’S A MASSIVE GAME ON MONDAY.”
“It was great to get back on the scoresheet. It’s a feeling I haven’t experienced in a while,” Cunningham told www.galwayunitedfc.ie.

“I’m hoping I can push on now and score a lot more. It was a valuable point against Drogheda. We conceded late on but we showed fight and determination to get back into the game again to draw 2-2. It shows the fight in us, hopefully we can pick up the three points against Derry City on Monday now.

“It’s a massive game on Monday, three points brings us to within touching distance of getting out of the relegation zone. We don’t want to be there come the end of the season, we want to push on. Derry City have had a tough few months, but they seem to have bounced back and it looks like they played nice football against Bohemians on Friday night.

“It’s important that everybody is pushing themselves to the limit.”

TEAM NEWS
Vinny Faherty has been sidelined for a number of weeks after he tore a ligament in his foot in the Drogheda United game.

David Cawley (ankle) is also a doubt for the Derry City game.