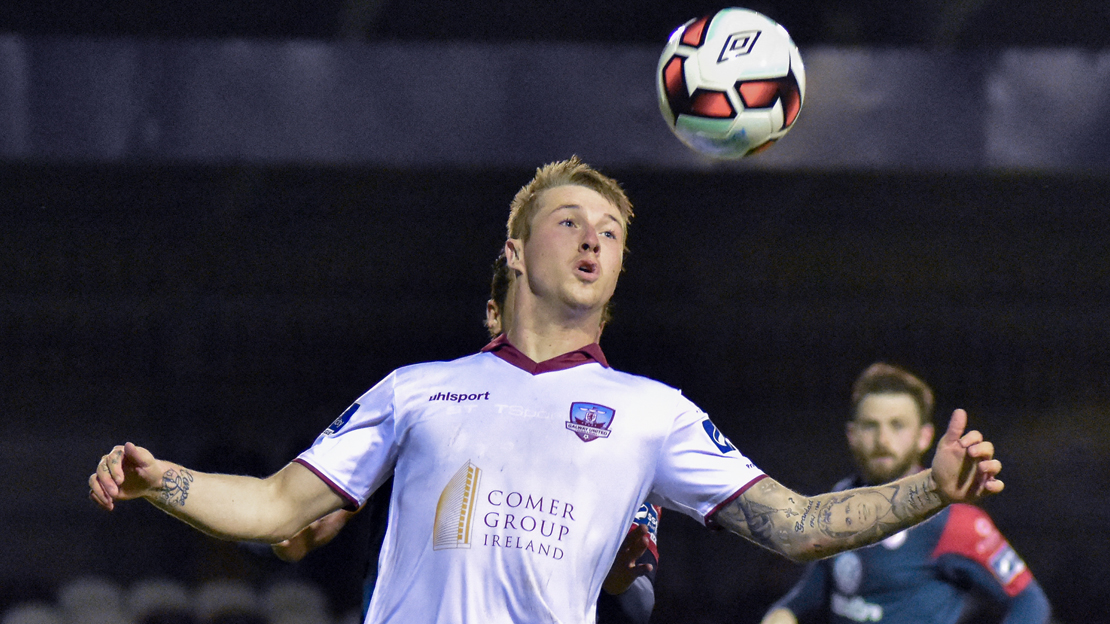 There was late drama at United Park as Galway United came from behind twice against Drogheda to earn a point.

Substitutes Padraic Cunningham and Jesse Devers both netted their first league goals of the season for United.

The Tribesmen were shell-shocked after just 10 minutes when Adam Wixted picked up the ball inside the halfway line, he drove at goal, attacking Marc Ludden before cutting in on his preferred left foot and rifling a shot low into the bottom corner.

After Wixted’s opener, it was Shane Keegan’s side who took control of the game, Drogheda were content to sit in and soak up pressure and play on the break at United Park.

Moments later Murray tested McGuinness once again, but his shot lacked the conviction and power to truly trouble the Drogheda netminder.

Murray’s duel with McGuinness continued when the Mayo man cut in from the right wing, beating two Drogheda players before angling a shot towards the near post, but McGuinness got down to save comfortably.

Drogheda responded through Gavin Brennan, Shane Elworthy crossed from the right, Brennan made a sweet connection with the ball at the back-post, but he drove over Winn’s upright.

Two set pieces before half time should have yielded a dividend for Shane Keegan’s side. Firstly Ronan Murray whipped in an sublime free-kick that was begging for a Galway United connection, but McGuinness remained untroubled, then Stephen Folan nodded a Marc Ludden corner-kick harmlessly wide.

United’s bad luck in front of goal continued five minutes into the second half, Stephen Folan rose highest in the box to powerfully head Kevin Devaney’s corner towards goal, but the ball hit off Folan’s teammate Gary Shanahan when the net looked sure to ripple.

Drogheda’s most dangerous outlet, Adam Wixted, isolated Ludden once again, he jinked onto his right foot and got a shot away that Conor Winn had to palm away at the near post.

Galway United pushed forward in search of an equaliser and Drogheda were guilty of wastefulness when three Drogheda attackers bore down on Marc Ludden, the full-back did brilliantly to anticipate the danger and thwart the hosts.

Shane Keegan introduced Padraic Cunningham, Conor Melody and Jesse Devers in the closing 20 minutes and all three had a positive impact on the game.

Ronan Murray fed the ball into Padraic Cunningham feet, he showed strength and persistence to hold off the challenge of Ciaran McGuigan before shooting low and hard under Stephen McGuinness.

Drogheda took the lead once again when Stephen McGuinness’ goal-kick was nodded on by Gavin Brennan, a series of failed defensive clearances allowed the ball to drop perfectly for Adam Wixted, who tucked the ball home.

Amazingly, United heads did not drop and Jesse Devers grabbed a deserved point for the Tribesmen straight from the tip-off. Colm Horgan sent a long ball forward from just inside the Drogheda half and Devers stole a march at the back-post and bundled the ball home.