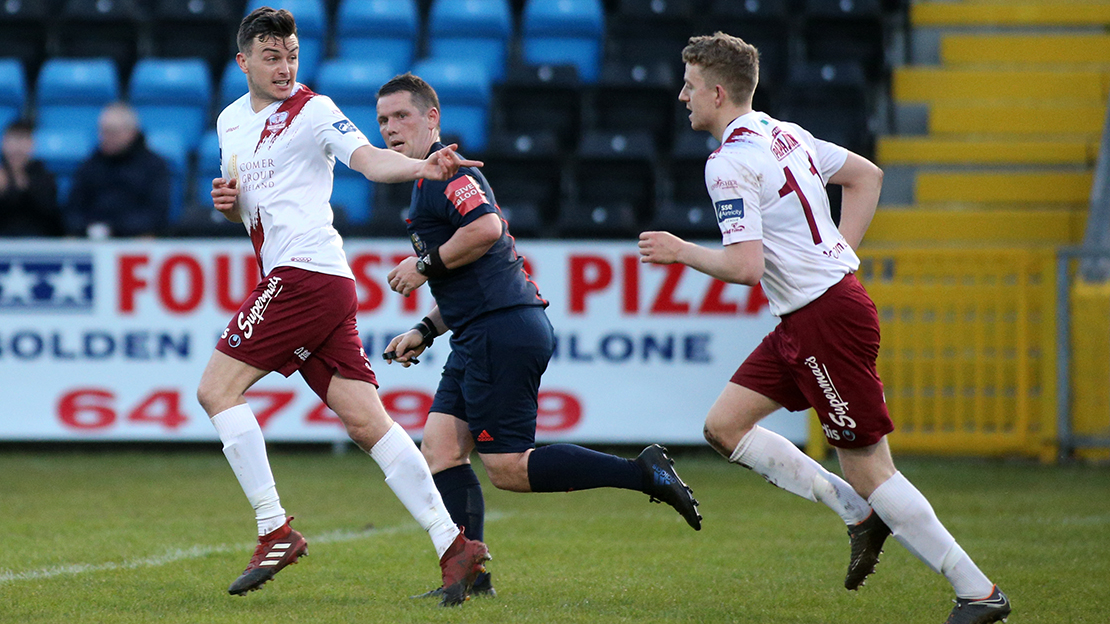 Goals from Eoin McCormack, Marc Ludden and Stephen Kenny were enough to see off a spirited Athlone Town side on Friday night in the midlands.

Shane Keegan made six changes to his starting eleven for the trip across the Shannon. Stephen Kenny, Ronan Manning, Aaron Conway, Eoin McCormack, Alex Byrne and Maurice Nugent all came into the side.

Carlton Ubaezuonu fashioned the first opportunity of note but was unable to put the required power behind his effort.

Good work from Stephen Kenny which saw him cut in from the right into the box allowed him the space to shoot at the near post, but Athlone ‘keeper Mick Fogerty got a strong hand to it to push it around the post. 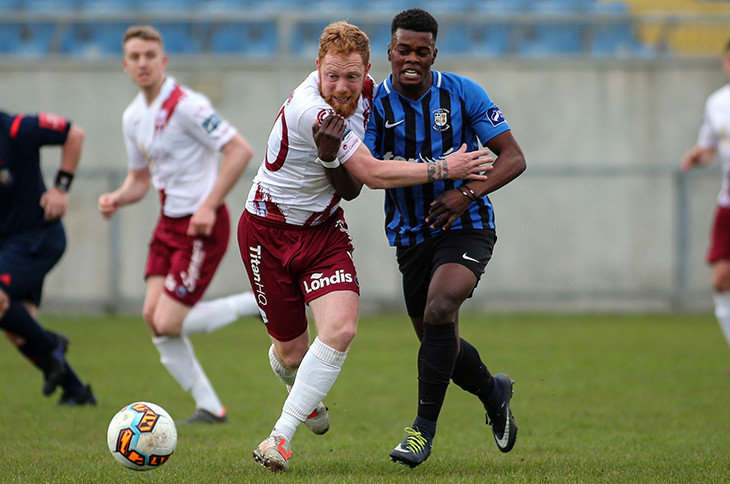 In the 38th minute Alex Byrne found Ryan Connolly in the box from deep on the left and the United captain controlled it before squaring for the onrushing Ubaezuonu, but Fogarty was out quickly to narrow the angle.

The resulting corner was delivered to the back post by Stephen Kenny for Eoin McCormack to head home the opener.

Kenny, McCormack and Nugent all had chances to double the Tribesmens’ advantage before the break.

Early in the second half Kenny jinked his way into the box and floated it across goal to the back post where Connolly was there to meet it, but was unable to steer it on target from a tight angle.

Connolly had another chance when he muscled his way onto a long ball from Aaron Conway and managed to shrug off the attentions of both defender and keeper who collided with each other, but Jake O’Connor was there to block his shot at the vacant goal. 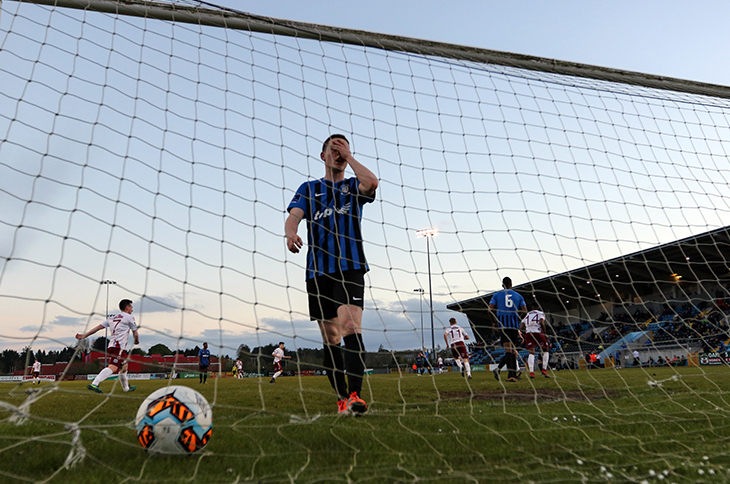 Marc Ludden doubled United’s advantage in the 57th minute when he and Connolly pressured Athlone into giving up possession in the corner. Connolly made for the end line and played a blind pass to Ludden who was following in on the overlap, before coolly slotting it past Fogerty at the near post with a neat finish.

Craig Short had an opportunity for Athlone when it fell for him in the box, but Williams was there to make an important block.

In the 78th minute Stephen Kenny made it 3-0 to United. The persistence of Eoin McCormack’s paid off when he blocked down an attempted Athlone clearance. Kenny picked it up on the edge of the box before turning two players in one movement and shot into the far left corner. 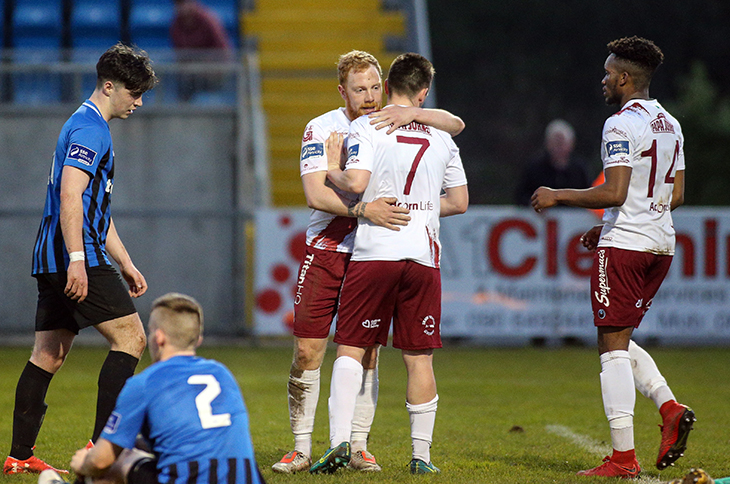 Ubaezuonu rattled the woodwork after being played through by Conor Barry, but the angle was too tight for the winger.

Athlone Town never gave up over the course of the match, but United ran out comfortable winners without needing to come out of second gear. The Tribesmen now look towards a trip to Ballybofey on bank holiday Monday when they face Finn Harps. Kick-off is at 5pm.