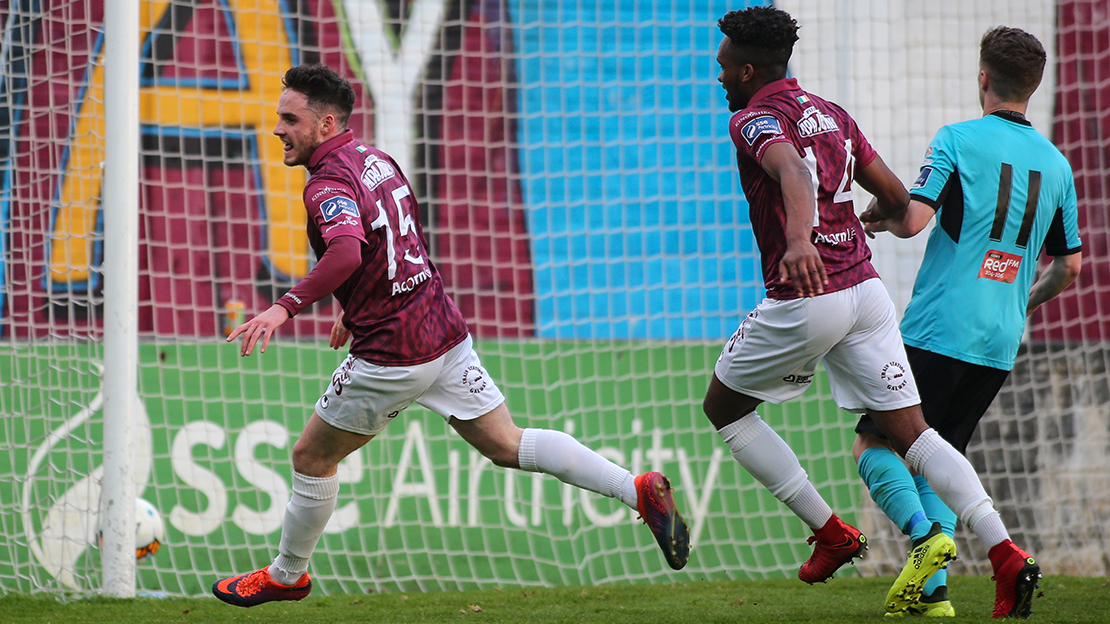 Galway United make the short trip to the Athlone Town Stadium on Friday night for another crucial league game against Athlone Town. The game gets underway at 7.45pm.

Shane Keegan’s side got back to winning ways last week with a comfortable 3-0 win against Cobh Ramblers at Eamonn Deacy Park, thanks to first half strikes from Conor Barry (brace) and Alan Murphy.

United begin the second series of games with a trip to Athlone Town, the team they kicked-off the 2018 season against, winning 4-1 at Eamonn Deacy Park.

United have failed to win on the road in the first series and have yet to stitch back-to-back league wins together, which is something that Keegan is targeting when United travel to Lissywollen on Friday night.

SHANE KEEGAN EYES FIRST BACK-TO-BACK WIN OF THE SEASON
“It’s been frustrating that we haven’t had back-to-back victories this season, which has stopped us gaining any real positive momentum.

“When you look at Athlone’s league position at the moment, obviously it’s a real chance for us to get our first back-to-back victory. That has certainly got to be the aim on Friday.

“Our level of professionalism is of paramount importance. There are quite a few objectives, the prime objective is obviously to pick up the three points and my second objective is to keep another clean sheet.

“I’d state that over scoring a lot of goals, it may not be what supporters want to hear but it’s very important, especially when it’s the first of three games in seven days.

“If we can go to Athlone and take the points in a clinical fashion, it gives us the confidence needed heading into two massive league games against Finn Harps and UCD.

“We need to be in a position where we wake up on Saturday with the three points and everybody feels that they’re well set to contribute massively to the two games that follow.”

Danny Furlong however won’t be risked against Athlone Town, he’s recovering from a bout of tonsillitis. It is hoped that the striker may feature in Finn Park on Monday evening.