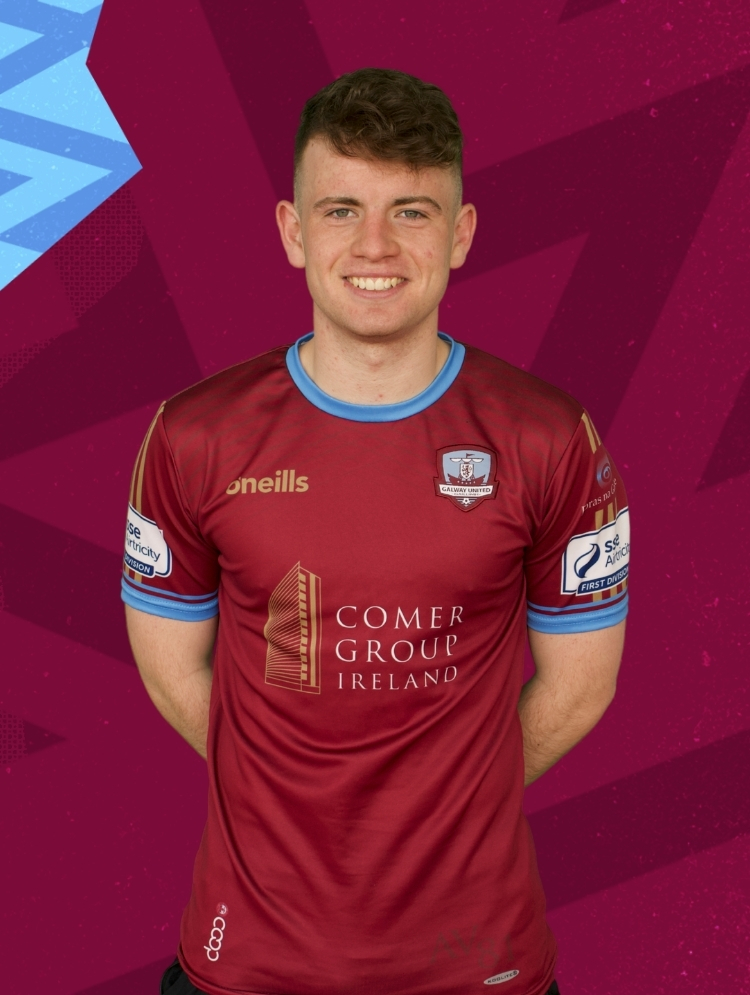 Colin rejoined United for the 2021 season, having spent 2020 with Bohemians U19 side.

Colin originally joined the club as a 16 year-old - the attacker was one of the standout performers in youth football in 2018, enjoyed an outstanding first season in the SSE Airtricity League, bagging 30 goals for United’s under-17 team in just 25 appearances. He made his senior debut the same season away to Finn Harps, making three starts in total that season. Kelly also fired Connacht Schools to the Interprovincial title in November, topping the goalscoring charts once again with four goals in three matches, and as capped by Ireland Schoolboys.

He opened his United account on the opening day of the 2019 season with a spectacular effort from 40 yards. He was a regular fixture in the squad during 2019, before making the switch to Bohemians.

Colin is the son of Colie Kelly, formerly of this parish. They are one of the rare father-son combinations to have played for the club.