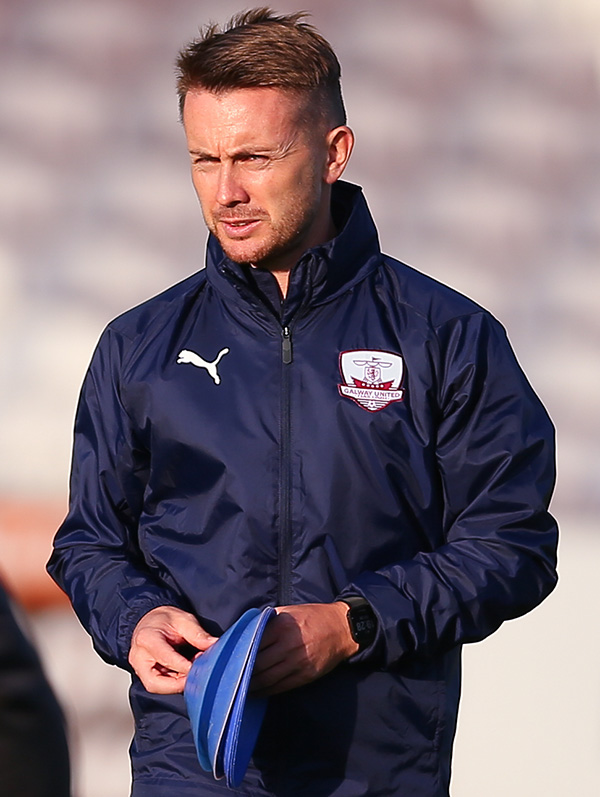 (Liam Kearney left the club in January 2021 to take up the role of Academy Director at Cork City.)

Liam joined the backroom staff at Eamonn Deacy Park in September 2020 as first team coach, after a successful stint with Cork City.

Kearney won the Premier Division title with Cork City in 2005 before picking up an FAI Cup winners medal with the Leesiders in 2007 also.

After his playing career came to an end, Kearney began coaching and he moved to America to coach full time for a year before returning to Cork City as a first team coach in 2017.