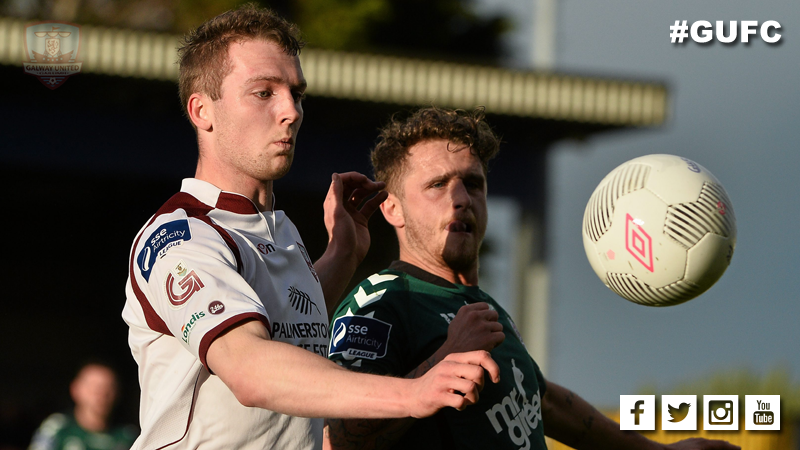 Galway United will be eager to make amends at Dalymount Park after the Tribesmen suffered their heaviest league defeat of the season at the hands of Derry City at Eamonn Deacy Park on Friday night.

Tommy Dunne’s side travel to Dalymount Park looking to get their league form back on track after suffering three successive defeats.

United must also travel to the capital without a number of influential first-teamers, due to injuries.

DUNNE SEEKING A REACTION AGAINST BOHEMIANS

“Defensively, we have to be tidying up,” Dunne conceded.

“There has been a lot of goals shipped and it’s coming into the critical stage of the season where we need to be picking up points.

“If we can pick up three points against Bohemians, which is a tough order going to Dalymount Park, then it gives us a great boost. We need that boost because the teams around us and below us are picking up points and we’re not.

“We need to steady things down a bit, we’ve had a tough week last week and we’re hoping to be fresh now against Bohemians, even with our lengthy injury-list.

“The last two results didn’t help us in the league but the Bray one in particular, I thought the decision to allow the goal against us was poor, I also thought the penalty decision against us last week against Derry was poor and it turned the game. Normally these things iron themselves out over the course of the season but at the moment, we’re on the end of a few dubious decisions.

“Right now, we’ve got five u19’s in our group because we’re very short, these guys are coming in and filling in for us. We’ve got seven on the injury-list at the minute and it’s taking its toll.

“We’ve got to be positive, the boys that are there are doing well and they’re fighting for the club.”

Enda Curran is a major doubt with a hamstring strain.

Conor Barry (thigh), Marc Ludden (ankle) and Conor Melody (ankle) have all trained lightly this week after missing the Derry City game but they will have to pass a late fitness test ahead of the Bohemians game.

U19 players Maurice Nugent, Ian Collins and Moise Assogba have been registered as first team players and they may travel to Dalymount Park.