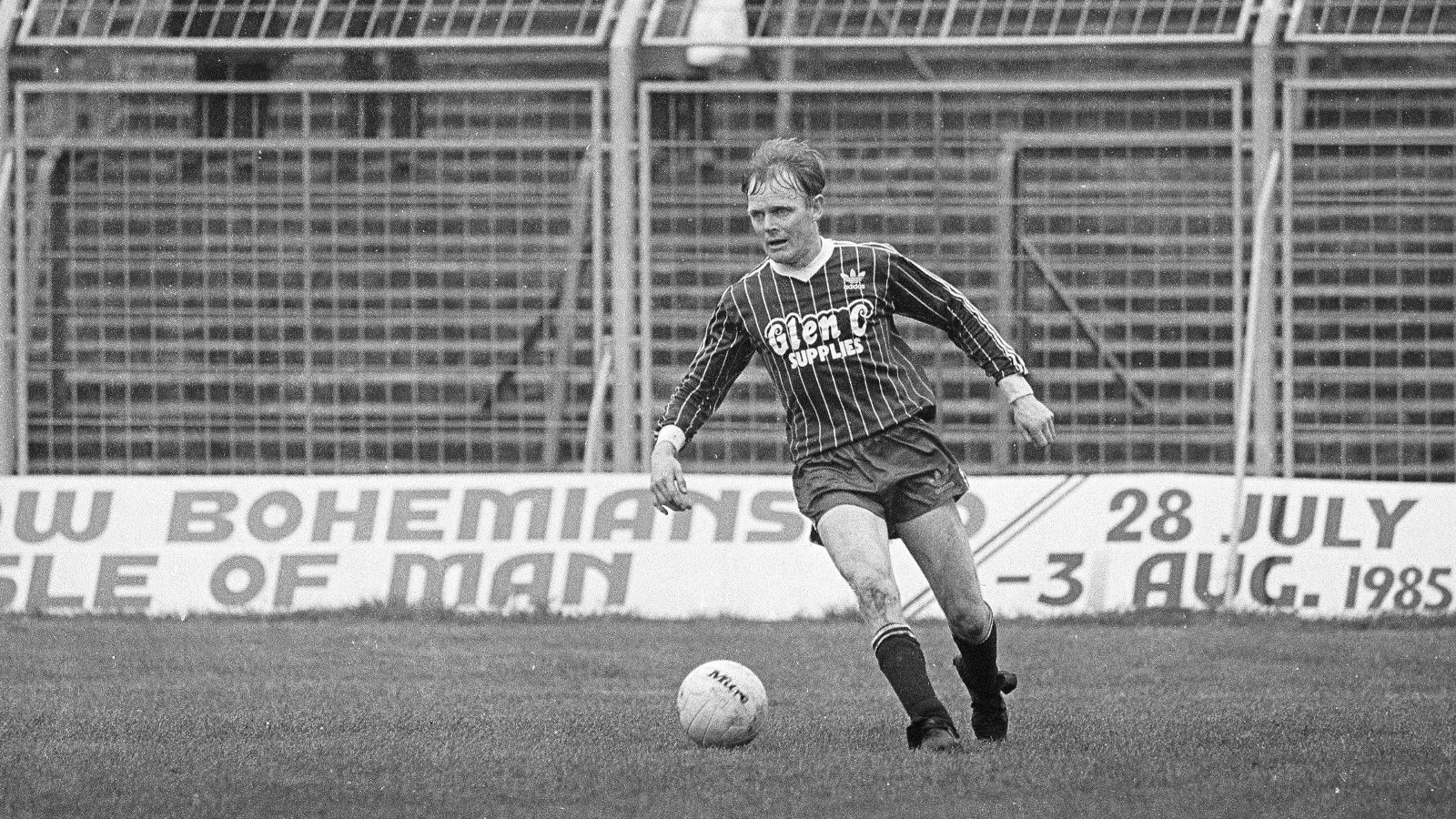 A number of supporters asked for a translation of Bernie O’ Connell’s as-Gaeilge tribute to Eamonn “Chick” Deacy from his last column, published in the Waterford programme. Bernie translates as follows:

Speaking of the master himself, Chick, it’s hard to credit that he is ten years gone. Eamonn was the most important player ever that played for Galway United. Wherever he walked he left a mark. A football ambassador, a life ambassador.

In his play he had a special pride and passion for Galway. He was fierce in the maroon jersey. Drop into Ernie’s on the day after a game and it would be hard to meet a more gentle, kind or honorable man. He had a great sense of humour and a special interest in the lives of his fellow Galwegians.

It’s a wonderful thing that such bonds have since been created between his family, his football friends and his old Aston Villa teammates. The respect for Eamonn as a player overseas lives on for this noble man some forty years later.

Each of us has our own memories of Eamonn. His incalculable loss is impossible to put into words but it’s clear that his wife Mary O’Connor and his children Jake and Dawn carry the heaviest daily cross. His incredible funeral displayed the huge respect for all of the Deacy family in this city.

I miss him greatly for his company, his outlook on life and all the stories. Ernie’s gave me a daily sanctuary from work. Chat, football tales, sport and the affairs of the day. What value do you put on friendship, for the person that will stand by you , who will listen to you and always put up with you? That was Eamonn. The great hero of our time.

The bed of heaven to you, old comrade.