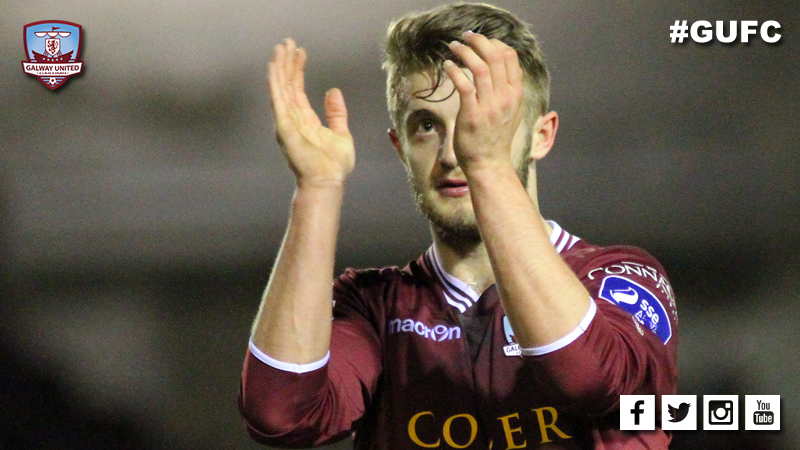 Galway United’s attentions turn to cup action on Monday evening as the club takes on Cockhill Celtic in the second round of the EA SPORTS Cup at Eamonn Deacy Park. Kick off: 5.00pm.

The last time the sides met in the EA SPORTS Cup, Cockhill Celtic came away from Eamonn Deacy Park with a famous 3-1 victory.

On Friday night, a depleted United team suffered a 3-0 loss at the hands of Shamrock Rovers at Tallaght Stadium and with such a short turn around time, Tommy Dunne may be forced to freshen things up for the visit of the Ulster Senior League side.

“I’ve been speaking to a few people about Cockhill Celtic,” Dunne said. “We’re trying to gather as much information about them as possible.

“Make no mistake about it, this is a very important fixture for us. We want to progress into the next round of the cup.

“The whole club knows how difficult a game this will be, we don’t want a repeat of what happened last time out. From the off, we need to be after the game and dictating things.”

United received further distressing injury news after Friday evening’s loss at Tallaght Stadium. Winger Jason Molloy broke his toe in the game and he will be out of action for at least four weeks.

Looking ahead to the Cockhill Celtic game, Dunne hinted that a mass-changing of personnel was a non-runner. “I really need to take a look at how everybody is tomorrow ahead of the game,” he added.

“We’ve got to win the game, do we rotate the squad? You have to be careful. Right now, we’ve got a lengthy injury and suspension list so that may not even be an option.

“We are down a few players with David O’Leary having a knee problem along with Jay Molloy, who is now ruled out for 4 weeks with a broken toe.

“This is the first of three consecutive games at Eamonn Deacy Park and we want to pick up another win in the EA SPORTS Cup at home on Monday, but we know it won’t be easy.”

TEAM NEWS
Sam Oji is unavailable due to suspension.

Jason Molloy (broken toe) is ruled out for at least 4 weeks.

Kilian Cantwell (knee), Aaron McDonagh (knee) and David O’Leary (knee) are all out of contention.