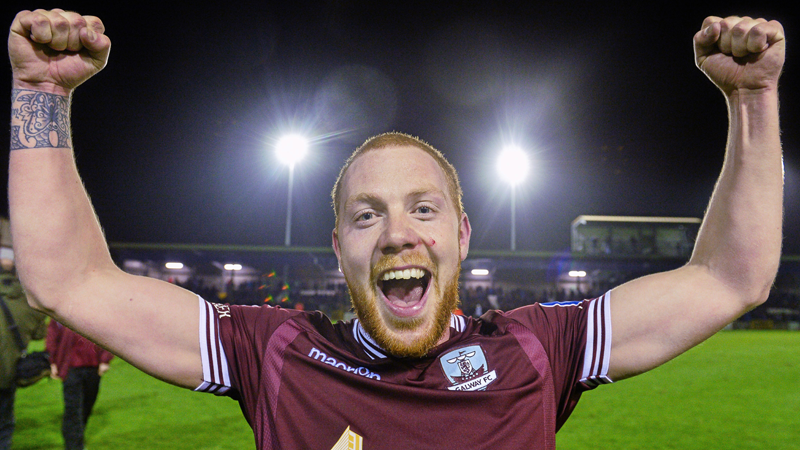 Galway United are delighted to confirm that Ryan Connolly has agreed terms for the 2015 SSE Airtricity League Premier Division season.

Ballyglass native Connolly was named Galway FC’s Player of the Year following an excellent promotion winning campaign and he was also voted onto the PFAI First Division Team of the Year.

22 year old Connolly, who made 34 appearances for Galway, scoring 4 goals, was pleased to commit his future to the club.

“As soon as the season ended, there was only one place I wanted to be. This year was all about getting the club promoted, once we got into our groove, we knew we had a good chance of going up. We proved we were well worth getting promoted in the play-offs.

“On a personal note, staying injury free was pleasing, I knew if I stayed injury free that I could play and luckily enough I got rewarded at the end of it.

“Next season I’m hoping for more of the same. Tommy Dunne has named me vice captain, an honour which I’m delighted to accept and I’m looking to stepping up to the mark. The aim next year will be to play week in, week out and to score more goals.

“Ryan has performed exceptionally well throughout the season.

“We’re delighted he has committed for 2015 and we hope he can perform at a higher level again next year. It’s a step up and everybody involved in the club knows we need to push on again. We’re all looking forward to it.”

Ryan Connolly is the fifth player to sign with United for the 2015 season and Dunne is determined to add to those numbers in the coming days.

“I’d like to get things done that little bit quicker, we’ve a time frame so we can get the players signed and then we’ll give them their off season programmes.

“It’s important that we don’t dwell too much on this season and look forward to 2015 and take the positives into it. We want to push on and be competitive, it’s a new chapter with the club,” Dunne concluded.