After Galway United were drawn at home to Wexford side North End United in the second round of the Irish Daily Mail FAI Cup, www.galwayunitedfc.ie spoke to skipper Paul Sinnott and manager Tommy Dunne and got their reaction to the draw.

United boss Tommy Dunne was relieved his side will have home advantage.

“We don’t know a huge amount about North End but we’re going to find out between now and then, we’re delighted we’re at home. But you never know, the romance of the cup is that, everybody has a chance and they’ll be coming to give it a good lash and it’s important for us, if we can, to win the tie in the first game and avoid a replay.

“We’re looking to go on a run in both cups, we’re in the quarter final of the EA SPORTS Cup, we’ve a tough game against Bohemians but we want to go as far as we can in all competitions.

“We have to be careful, we’re playing against a team that’s there on merit, we have to do our homework on North End and be on our game to make sure that we progress into the next round.” 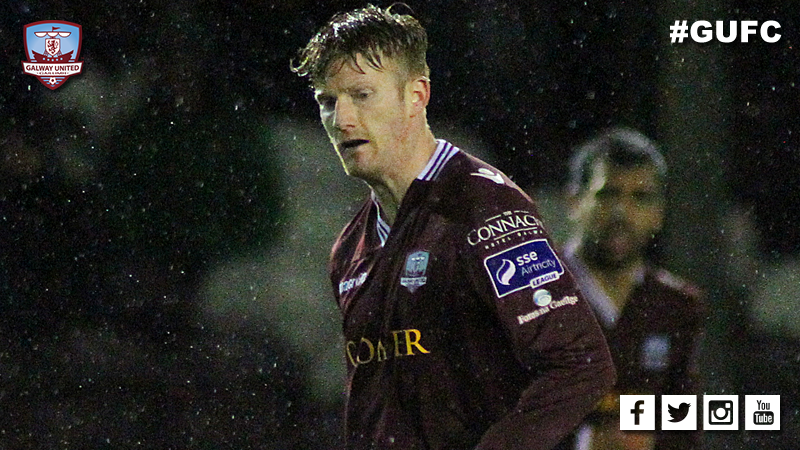 Galway United captain Paul Sinnott is hoping the Tribesmen can replicate their good form in the EA SPORTS Cup against North End United.

“We’re delighted we’ve been drawn at home and avoided the so called “bigger teams”. We can’t complain about the draw. We’re at home, which is what every team wants.

“The cups are our best chances of winning silverware, as players, we’d love a cup run and I’m sure the city and county would really get behind us, as they have done so far this season.

“We’re not looking past the second round, North End will be a decent side and we’re not taking anything for granted.

“It’s easy when you’re playing against the likes of Shamrock Rovers and Dundalk, you get yourself up for the big games, but these are the types of games you have to be mentally right as well as physically right.

“We’re hopeful that we can go on another cup run this season,” Sinnott concluded.