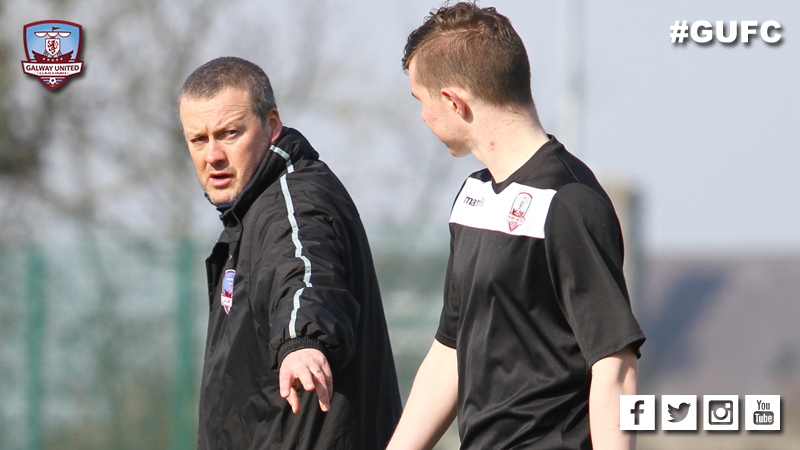 The Boynesiders have made an impressive start to their league campaign, winning both of their fixtures against Bray Wanderers and Sligo Rovers.

Galway United lost both of their opening fixtures and manager Tommy Dunne admits his side have made “a slow start” to the season but he’s confident that his players can get on the board against Johnny McDonnell’s side on Friday evening.

“As regards results, we’ve made a slow start, make no bones about it,” Dunne told www.galwayunitedfc.ie.

“I thought we deserved something against Derry City. We played reasonably well in the first half but second half we weren’t up to speed at all.

“When I looked back at the Bohemians game, I felt there was nothing in the game. Again, we failed to defend set pieces correctly and that cost us in the end.

“Against Drogheda we have to be clued in from the start, we know we’ll up against some very good players. Our supporters may think we’re expected to win just because we’re at home against Drogheda United but we know we need to do our work diligently.

“At this level, if you’re going to get a result, it’s difficult, teams won’t give you anything but we need to get the three points.”

Last week United were defeated 2-0 at Dalymount Park by Bohemians and Dunne was unimpressed with his side’s defence of Bohemian’s set pieces.

“What really disappointed me about last week was that those set pieces were given up so easily.

“If we can improve on our set pieces then we’ll give ourselves a chance of actually getting something out of our games.

“Set pieces are hugely important. Both defending and attacking. We need to get it right,” Dunne concluded.

TEAM NEWS
Full back Marc Ludden is ruled out with a knee injury.

Long-term absentees Ger Hanley (achilles) and Kilian Cantwell (knee) are weeks away from returning to action.