Galway United manager Tommy Dunne hopes an impressive performance against Limerick FC at Eamonn Deacy Park can inspire his players in the coming weeks and spur them on in their difficult upcoming league fixtures.

Three of United’s next four games are away from Eamonn Deacy Park, the first of those is a challenging trip to Oriel Park to face champions, Dundalk.

“Going to Dundalk, it’s the home of the champions and we know it’s going to be a big challenge for our players,” he told www.galwayunitedfc.ie.

“We played Dundalk at Oriel Park last year in the FAI Cup and found it tough (Dundalk won 2-1), the better side on the day probably won but I think we might know a little bit more about what we are up against this season.

“We’re travelling mid-week again, then we’ve got another game in Bray on Saturday afternoon so we’ve got to recover and travel again. It’s difficult but we’ve got to get through it as best we can and be competitive.”

United registered another vital win at the weekend against Limerick FC and Dunne insists United can take positives from the game, but the trip to Oriel Park presents a different set of challenges to his players. 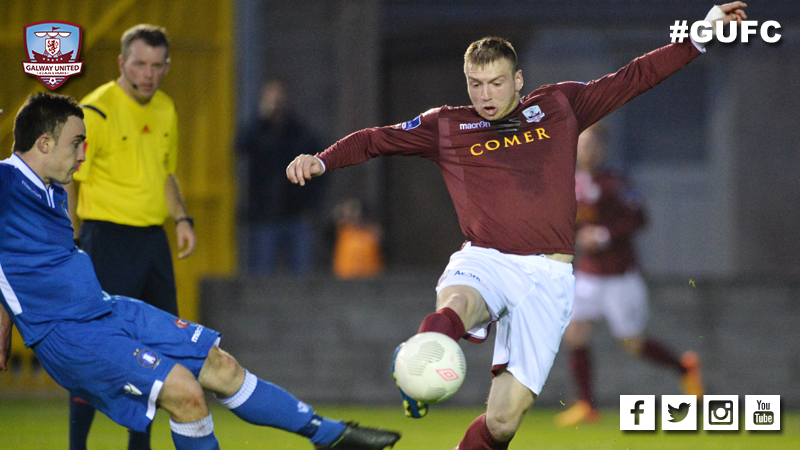 “You have to reassess everything after every game, each game is different. Going to Oriel Park will pose a different set of problems and questions to us so we’ve got to make sure we’ve got our mindset right and we stick to our gameplan.

“We’re going to Dundalk and most people won’t expect us to get a result, we’re under no pressure and we’ll hold no fear going into the game. I’ll be telling the players to go out and play and give everything.

“As we said from the very start, we want to be as competitive as we possibly can against every team that we play against.”

A number of players picked up knocks in Friday’s win against Limerick FC. David O’Leary (foot injury) and Marc Ludden (knee ligament strain) are both doubts and will undergo late fitness tests ahead of the Dundalk game.

Paul Sinnott (neck) is responding well to treatment and should be available.

Samuel Oji returns from suspension, whilst also overcoming a virus and he is expected to be fit for Monday’s trip to Oriel Park.