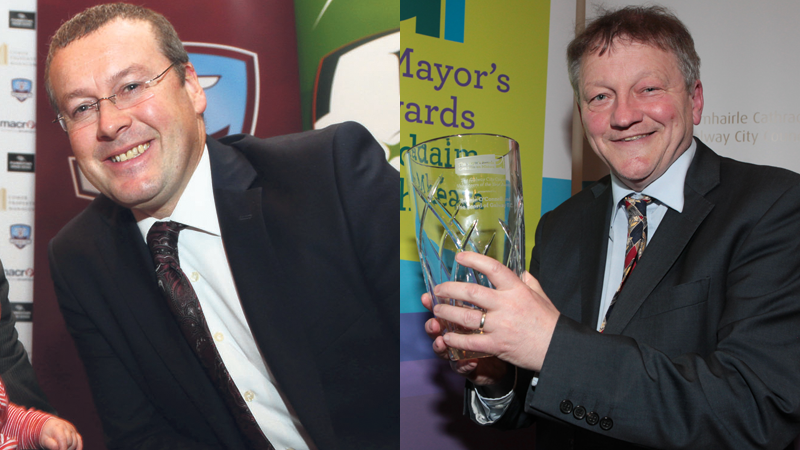 Galway United manager Tommy Dunne and chairman Bernie O’Connell will both be presented with awards at the Galway Sports Stars Awards night at the Ardilaun Hotel on Saturday, January 17.

O’Connell, who played a significant role in the formation of the club, has a long-standing association with Galway United Football Club having previously worked as the clubs secretary for many years. He will receive the Service to Sport award.

O’Connell commented: “I am deeply honoured to receive the award and thrilled that Tommy Dunne has also been chosen as Manager of the Year.

“It is a huge boost for the club before the start of the 2015 season. The Service to Sport award is a real tribute to the many, many people who have worked so hard to unite Galway senior soccer and help ensure that Galway will now be represented with unity and distinction in the coming seasons.”

“I would like to thank my players and staff for their hard work in 2014. We’re all excited for the coming season and I can’t wait to get our pre-season campaign under way.”