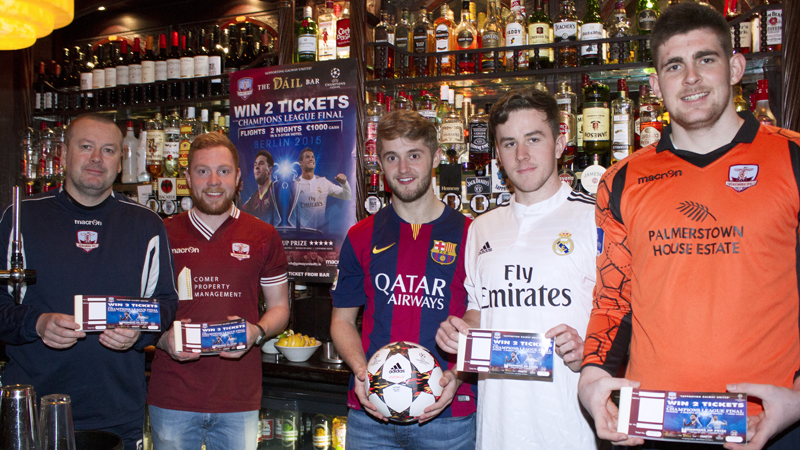 The Galway United Champions League fundraiser draw in association with our official pub sponsor – The Dáil Bar, was made this evening.

The winner of the top prize receives a pair of tickets to the UEFA Champions League Final, along with return flights, two nights five star accommodation and €1000 spending money.

The winner of the top prize was:

The winner of the runner-up prize was:

Congratulations to both winners and sincere thanks to everyone who supported the draw.