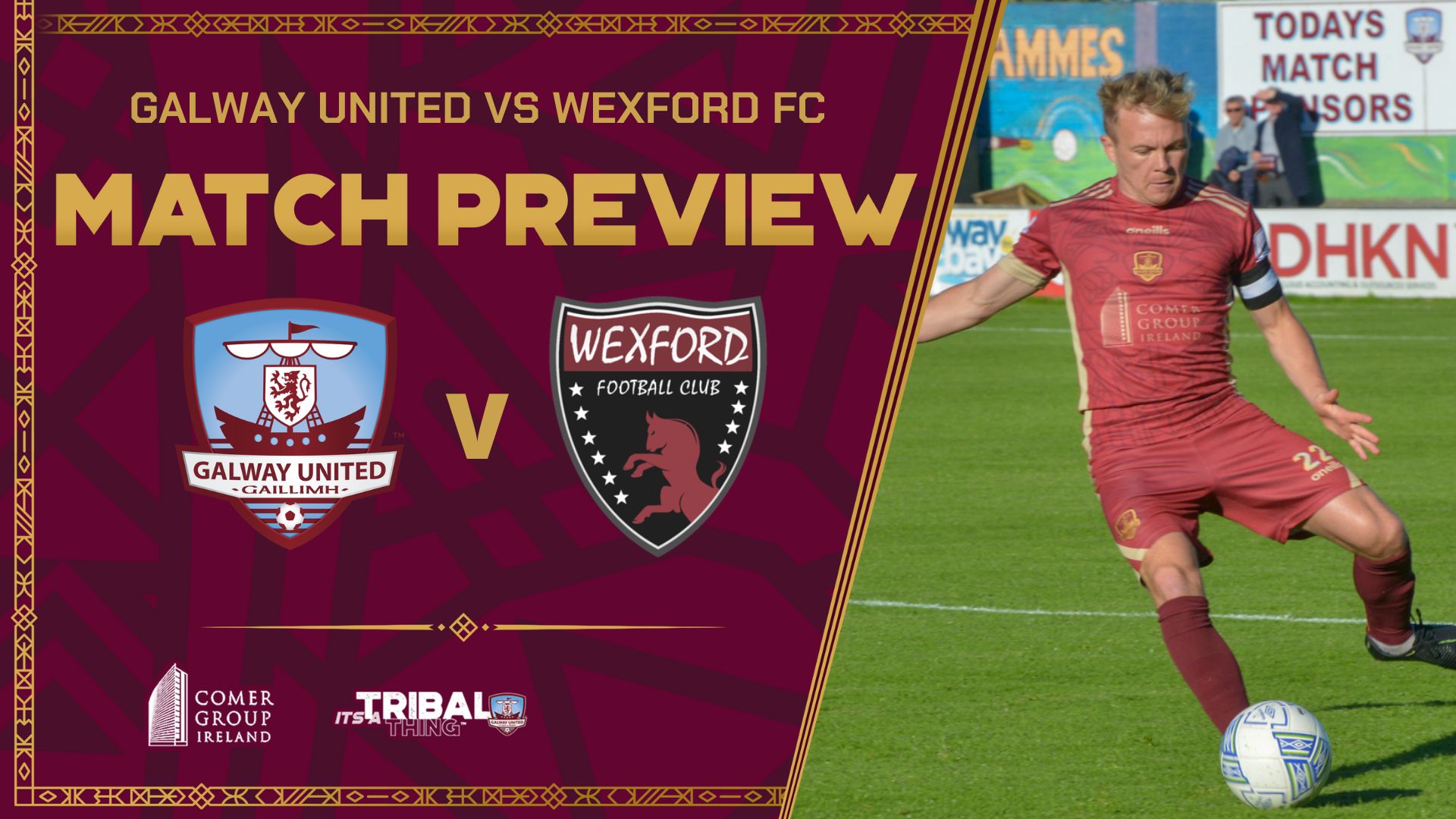 ‘We know we have to be at our best to win the game’ – John Caulfield, Manager

The Tribesmen return to league action this week after they overcame Bluebell United 7-0 at Tolka Park in the FAI Cup first round last Sunday to set up a second round home tie against UCD at the end of August.

United remain in second place going into Friday’s fixture, one point behind current leaders Cork City who have a game in hand. Tickets for this week’s match can be purchased HERE

Wexford go into the game in sixth position and three points off a playoff place. Ian Ryan’s side, who pulled off an impressive FAI Cup victory over Sligo Rovers last weekend, have won four of their last six First Division fixtures.

“Ian (Ryan) has built a very strong squad, they are in and around the playoff positions, so we know how difficult it will be.

“We are on a good run of form ourselves but we know we have to be at our best to win the game.”