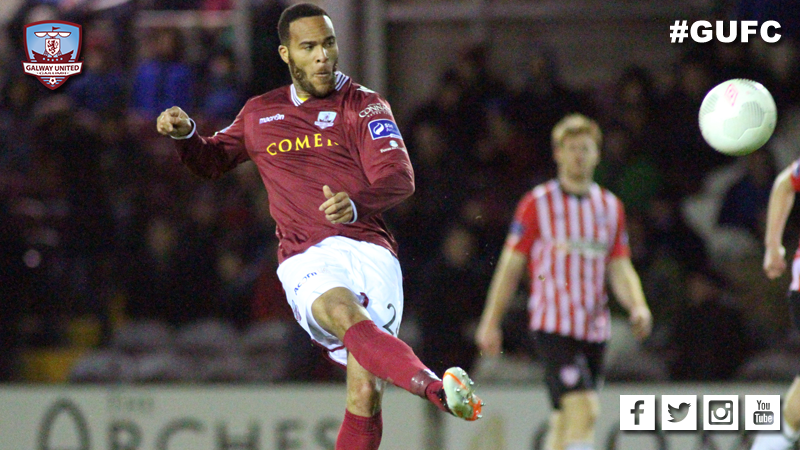 Galway United travel to Derry City on Friday night with a severely depleted squad due to injury and suspension.

As well as long-term injury victims Kilian Cantwell, Jason Molloy and Andy O’Connell, Tommy Dunne has a number of fresh injury worries to be concerned about ahead of Friday’s trip to the Brandywell Stadium.

We spoke to Galway United physiotherapist Emmett Hartigan, of Thera-Fitness physiogalway.ie, after training on Tuesday morning to get an update on injuries.

Sam Oji
Sam picked up a hip injury against St Patrick’s Athletic on Friday night. He is being accessed currently and he will face a late fitness test before the Derry City game.

Ger Hanley
Ger has had a flair up of an old groin injury, it’s settling well, he’s expected to return to light training on Thursday but won’t be ready for the Derry City game.

Kevin Garcia
Kevin has a hamstring tendon injury and is undergoing rehabilitation. It’s doubtful that he will be fit enough for Friday’s game.

Marc Ludden
Marc has a knee ligament injury and could face another 2-3 weeks on the sideline recovering.

Andy O’Connell
Andy is continuing his recovery from an ankle injury, he started running in training this week and we’re hoping he will be able for light training next week.

Kilian Cantwell
Like Andy, Kilian is also recovering well from his knee injury, he did running in training this week also and we’re hoping he will be able for light training next week if his rehabilitation continues to go well.

Jason Molloy
Jason went for a scan on his broken metatarsal today and we’re awaiting the results. His recovery period is expected to be another few weeks at least.

Suspended – Alex Byrne will also miss the trip to the Brandywell after he received a straight red card against St Patrick’s Athletic on Friday night.