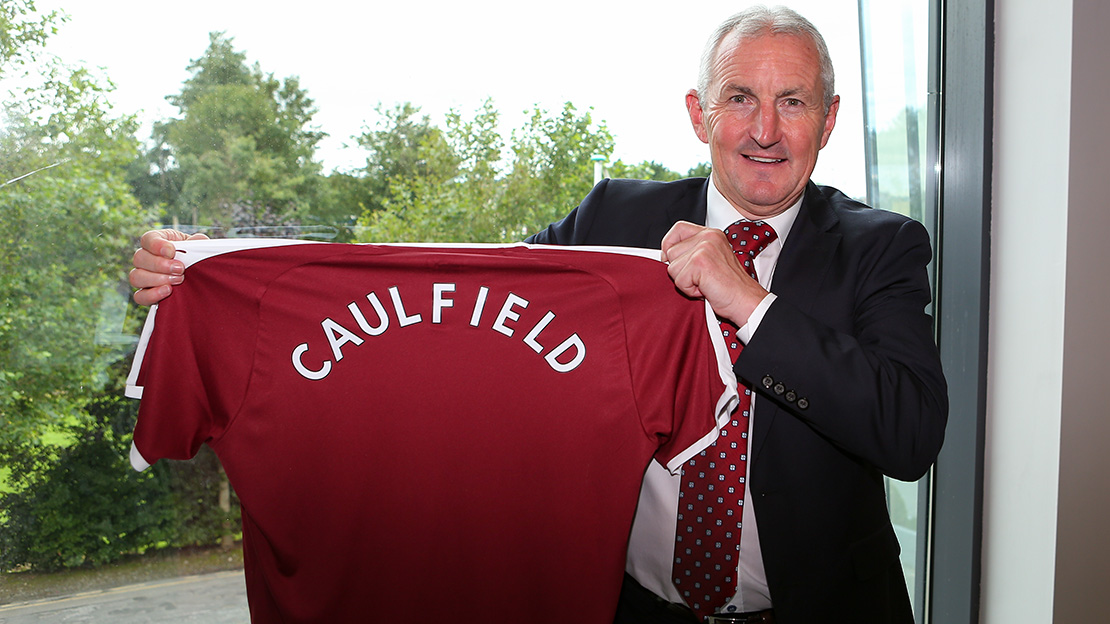 John Caulfield on his commitment to the club

“I’m moving up to live in Galway, my contract is for the next 18 months, and this job requires 24/7 attention and work. From this Monday, I will be living in Galway, nothing but 100% commitment will do in this job or in any major job in football. In the current situation that the club finds itself in, there is a massive amount of work to be done.”

“I’m currently finalising my backroom team until the end of the season. I’m delighted that Colin Fortune has agreed to stay on with me. Johnny Glynn, who is head of our academy, has also agreed to come into the backroom staff of our first team, as well as continuing in his role with the academy. Over the next week, I will finalise one or two more, but I’m delighted with the quality of the lads that are around the club at the moment.”

“Due to the fact that there are only ten league games remaining and the transfer window is closed, it’s very difficult to bring any new players in unless they’re out of contract. I’m going to work with the players that are here, I think there’s a lot of potential and we’ve got a number of players out injured at the moment, so hopefully they’ll come back into contention soon. As regards my backroom team, there is a possibility I might bring in one new staff member to the club, so I’m negotiating at the moment, and over the next couple of days I’ll see if that will happen. For the moment, it will be about working more or less with everyone that’s within the club from now until the end of the season. Then we’ll shape the team for next season in the months of November and December.” 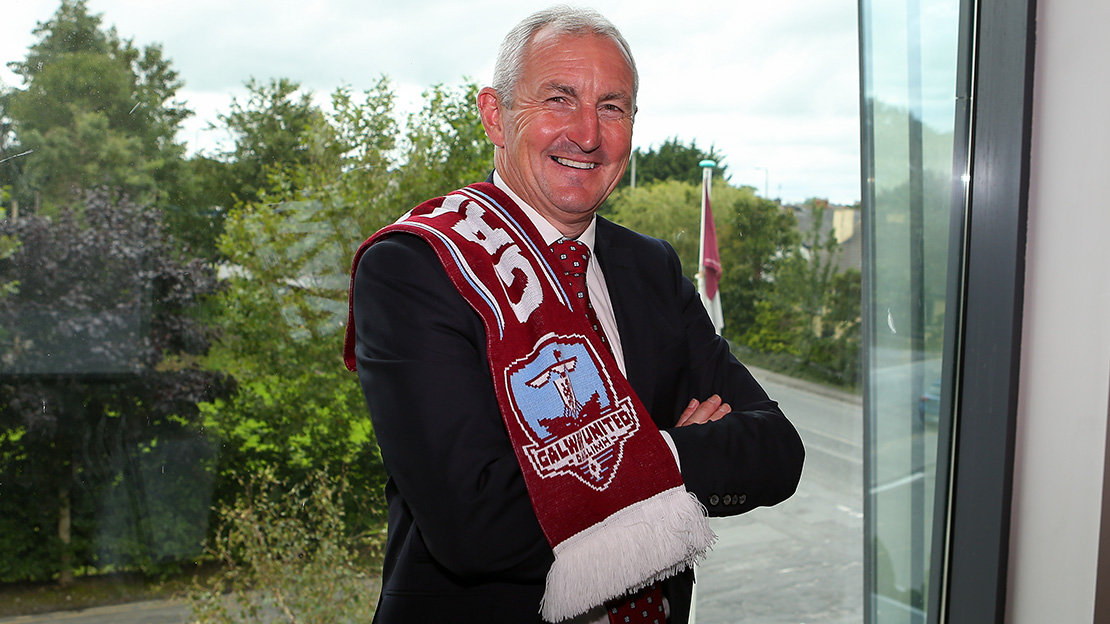 “The first game against Shelbourne is a fantastic game to look forward to. They’ve spent the last six seasons in the First Division and got promoted last season and have done really well in the Premier Division so far. They’ve got some really experienced players in Gary Deegan, Karl Sheppard and Ciaran Kilduff. They’re all players that have been well established league winners and cup winners. It’s a fantastic tie for us, obviously they’ll be overwhelming favourites, but to have them coming to Galway for my first game in charge, the fact that it’s a cup game, we can go out and have a real cut at them, and look to cause a major upset, so we’ll be working hard all week to prepare for the game. With the talent and quality that they have, we’ll have to be at our best to cause an upset.”

What attracted him to the job

“I always felt during my playing career that Galway United were a huge club, competing at the top of the Premier Division for many years in the late 80s and 90s. Obviously as we know in the last while since the club got relegated, it’s been very difficult to get back up, but there’s still enormous potential within the club, great facilities, a massive city, a great area. You look at the west of Ireland and all the good players that have come from Galway, Mayo, Roscommon, Limerick and Clare. That’s a huge area and we need to develop a very strong local west of Ireland team down the road. Sligo have done that and Galway United always had that before, but it has dropped off and we haven’t been competitive for a long time, so it’s my aim to get back and make us a competitive team. It’s unfortunate that there aren’t crowds coming to games at the moment because I do know when Galway are challenging and very competitive, there’s great local support. Hopefully over the next 18 months that will happen.”

Immediate aims between now and the end of the season

“With the Cup on Friday and ten league games to go after, it’s really just about getting back to basics and taking each game as it comes. We haven’t won a league game this season, so it’s about focussing on the next game, getting the players minds on it, and being as competitive as we can be. While people are talking about play-offs, we are a long way adrift, it’s hard to speak about that when the club haven’t won a league match this season. We have to get the team to play without fear, to show their ability, and go out and play with confidence. Most importantly, all of my teams have been about defending well, but of course we will love creating chances, winning the ball, getting at full-backs and scoring goals. Any team that I’ve been involved with, whether it’s Cork City or any of the amateur clubs I’ve managed, at the end of the season, we’ve always had a goal ratio of 2+ or 3+. I like to watch exciting teams, I like to watch my teams playing with a high intensity, really creating chances and scoring goals, that’s what we’ll be trying to do. We need to take it game by game, this week I’m looking forward to getting into training, meeting all the players, working hard on the training ground, developing the team and bringing out the confidence. We want to get the players to show what they can do, so they can have that courage to get on the ball, pass, move and show what we’re all about.”