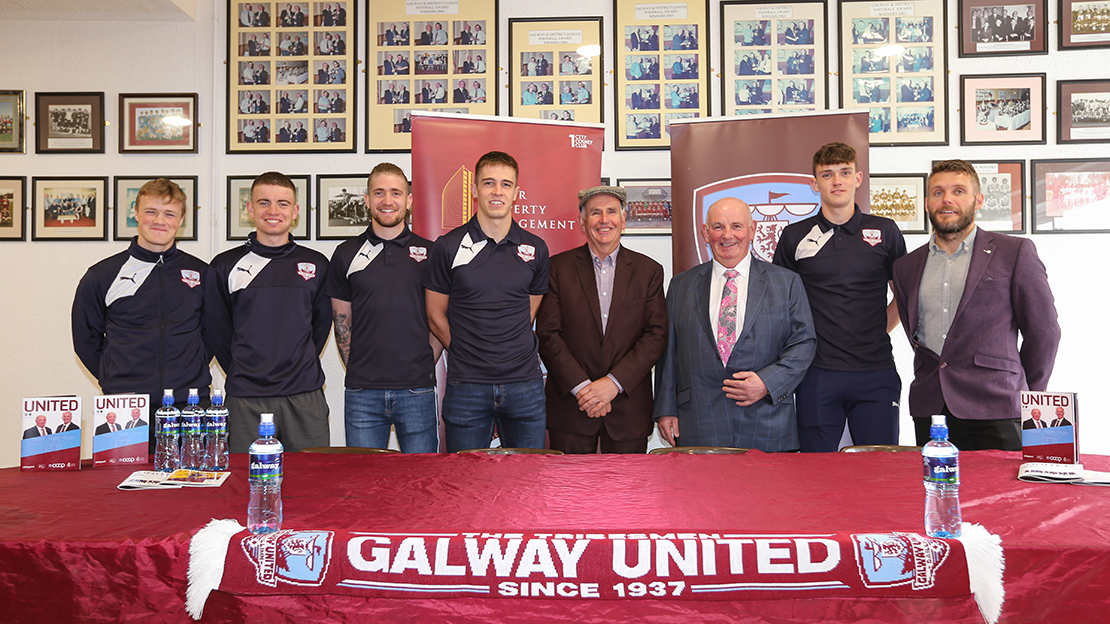 Galway United FC are delighted to confirm that Luke and Brian Comer of the Comer Group have extended their major sponsorship of the club for a further two years.

This is the latest gesture of overwhelming support Luke and Brian Comer have made in the development of football in Galway and Galway United FC and provides a platform where the club can further invest both on and off the field.

Following on from this significant positive development we can confirm the following players to date have agreed to extend their contracts for the 2020 season:

It was particularly pleasing for all involved with Galway United that Luke and Brian were present in Eamonn Deacy Park today to meet with members of the club’s management and playing staff to share with them this important announcement.

Luke and Brian Comer have also generously made available to the club a 40-acre site in Mountain South, Athenry for the future development of a training facility. This will enable us to establish a state-of-the-art Centre of Excellence for the progression of young players from Galway and the surrounding areas.

This will ensure a lasting and fitting legacy of the fantastic relationship the Comers have with our club and provide an environment to ensure a sustainable source of talent for the further growth and development of the club.

“It’s encouraging to hear the progress with Galway United and their development plans for a Centre of excellence in Athenry, Co. Galway. The FAI Facility Development Department will work alongside Galway United and other stakeholders such as the local authorities to develop a feasibility study on how this proposal can come to fruition. The benefits of a footballing Centre of Excellence in Co. Galway will provide a massive boost to the club and wider community and we look forward to it developing.”