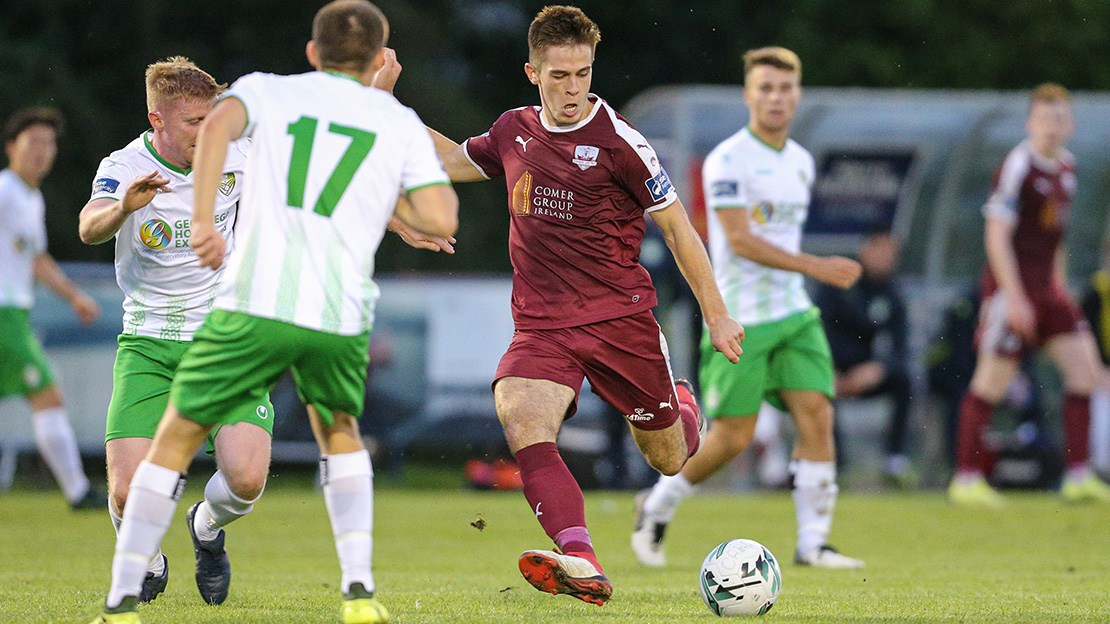 Galway United get the 2020 SSE Airtricity League campaign back underway with a home game against Cabinteely on Friday. Kick-off: 7.45pm.

United saw their first game of the season against Athlone Town postponed due to poor weather conditions. Alan Murphy’s side were then held to draws by Shamrock Rovers II and Wexford before the season grinded to a halt due to COVID-19.

The Tribesmen will aim to bridge the gap on Cabinteely before welcoming former United player Adrian Carberry and his Athlone Town team to Eamonn Deacy Park on Bank Holiday Monday for the re-fixed league fixture.

MURPHY SETS SIGHTS ON A STRONG SHOWING AGAINST CABINTEELY ON FRIDAY
“We’re really looking forward to resuming the season on Friday,” Murphy explained to www.galwayunitedfc.ie.

“The players and staff have worked hard during the lockdown and also since we’ve come back for our second pre-season.

“It’s time for us to hit the ground running on Friday against an experienced Cabinteely side who have enjoyed a very good start to the season before Covid hit.

“Cabinteely will be looking to kick-on and continue their good start, so it will be a very difficult game for us. We’re hoping to showcase the strength that we have in our squad and also the good work that we’ve been doing over the last few months.

“It’s a different league and changed times compared to normal, but we’ll look to have a Friday night at Eamonn Deacy Park where we’ll be able to create our own atmosphere. We hope to perform to the best of our ability and we’ll look to get a really positive result.

“The club has worked very hard to deliver the game to our supporters via live stream, this is hugely important. It’s changing times, there’s a lot of people in the Galway region and further afield that really have been starved of live football and I think this is a really good chance for them to experience that.”

New signing Shane Doherty is unavailable to Alan Murphy, the American is still in quarantine.

Alberto Cabanyes is unavailable for the game. Both Dean O’Halloran and Dylan Sacramento have left the club by mutual consent.

Academy graduates Francely Lomboto and Caoilfhionn O’Dea have both signed first team contracts and they’re both available for the visit of Cabinteely.