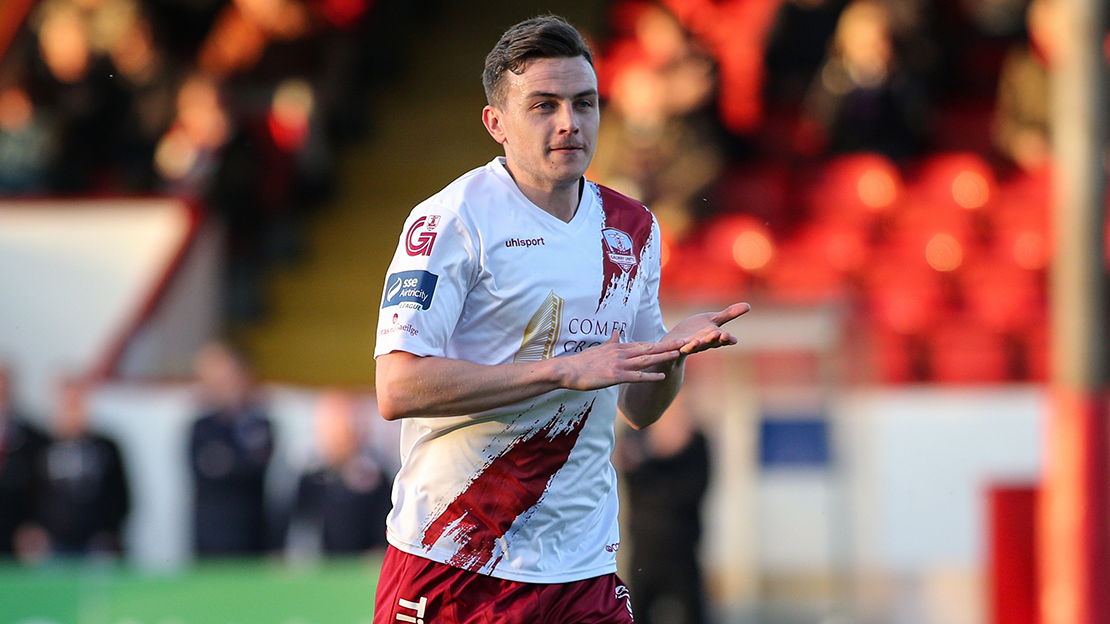 United have recently fallen to defeat against Drogheda United and Longford Town, while Cobh Ramblers have also lost their last two league outings against Shelbourne and UCD respectively.

The Tribesmen are coming into a crucial period before the mid-season break, with games to follow against Finn Harps and Wexford FC.

Having slipped out of the play-off positions, United full-back Marc Ludden has targeted 9 points in United’s three remaining games before the break, starting with Monday’s trip to St. Colman’s Park.

MARC LUDDEN WANTS A MASSIVE PERFORMANCE IMPROVEMENT IN COBH
“It was a really bad day at the office against Longford. We started quiet slowly, then two individual mistakes cost us the goals.

“In the second half when they went down to ten men, I thought we did well and created enough chances to win the game and then we got caught for a sloppy goal for their third.

“Realistically looking ahead at the next three games, nine points is the minimum that we can expect. We have to win all three games.

“In the first half in Longford, they showed up for the game and we didn’t, we started very slowly for whatever reason and they got their two goals.

“Second half, we upped the performance but that was against ten men, we need to be producing that kind of performance against eleven men and from the start.

“On Monday, we’re not going to be playing on a surface like Eamonn Deacy Park. Cobh are going to try and frustrate us. From our years playing against Cobh, it’s always a hard place to go down to.

“The most important thing is firstly performance and secondly is to get those three points. We need to get out of this rut that we’ve got ourselves into.”

TEAM NEWS
United have a number of injury concerns to contend with heading into Monday’s Bank Holiday league meeting with Cobh Ramblers.