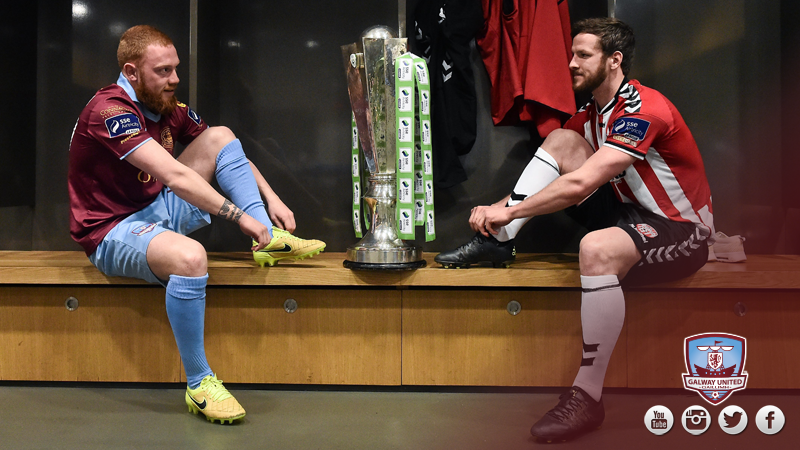 Galway United continued their unbeaten start to the 2016 season on Monday night, coming from behind to secure a 1-1 draw against Sligo Rovers at the Showgrounds.

After a 2-1 loss on opening day against their rivals Finn Harps, the Candystripes have recorded wins against Cork City and most recently Bray Wanderers.

Last season Tommy Dunne’s side recorded a 2-0 win at the Brandywell in May, strikers Padraic Cunningham and Jake Keegan were United’s goal-getters but Derry City won both of the return fixtures at Eamonn Deacy Park.

TOMMY DUNNE – “WE WANT TO COMPETE AT THE TOP END OF THE TABLE.”
“Playing at the Brandywell serves as one of the most difficult games we will play in,” Dunne explained.

“They’ve got threats in their team, a solid back-line and a very experienced goalkeeper. We know it will be difficult.

“We’re confident in our abilities and we believe we’re able to make it difficult for them also. We’ve started well and we should have won against Sligo Rovers, but we’ve got to move on, there’s no point dwelling on it.

“We want to pit our wits against the top sides in the country and we want to compete at the top end of the table.

“There’s always a good atmosphere at the Brandywell. We have enough about us, along with the added experience and quality to cause them problems. We’re looking forward to the game.”

TEAM NEWS
Armin Aganovic (knee) and Marc Ludden (foot) are both ruled out.