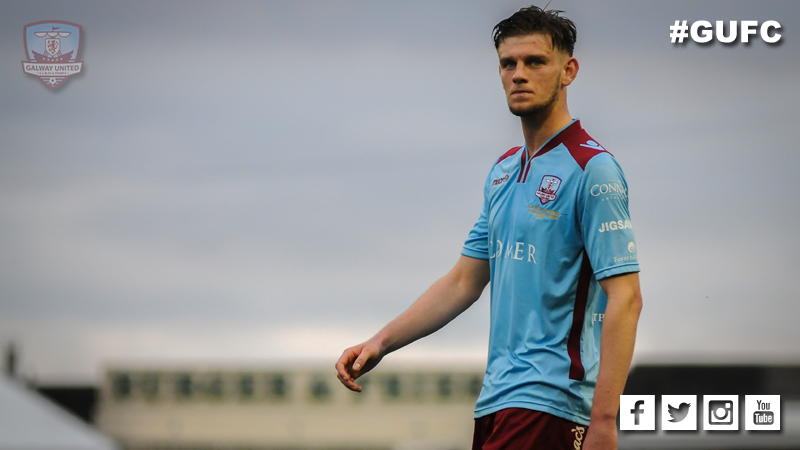 Last week, the Tribesmen dropped into the bottom two after losing away to Shamrock Rovers and Tommy Dunne’s side will welcome Sligo Rovers and Limerick to Eamonn Deacy Park in the next two weeks as the race for safety in the Premier Division intensifies.

Only six points separates six teams at the bottom of the league table with just five league games remaining.

TOMMY DUNNE: “THE SLIGO ROVERS GAME IS HUGE”
“The Sligo game is absolutely massive for us,” Dunne told www.galwayunitedfc.ie.

“We were a bit flat against Shamrock Rovers last week. We’ve got to move on from it and concentrate on what could be a season defining game against Sligo.

“A few players are returning from injury and suspension, that will strengthen us and give us that little boost. There is a good morale around the dressing room at the moment and the players are looking forward to the game.

“Ideally, you would prefer to be safe, rather than playing in high-stake games like these but it will require our players to be brave in-front of what will hopefully be another large crowd at Eamonn Deacy Park.

“We have to attack Sligo and play on the front-foot from the off.”

PLAYER INTERVIEW | SAMUEL OJI: “IT’S IN OUR OWN HANDS”
“There was a massive buzz and euphoria around the Cup final, it was a nice occasion but a disappointing result,” Oji explained.

“Now it’s back to the bread and butter. At the beginning of the season, the main objective was to stay in the Premier Division and we’re still on course to do that. It’s in our own hands, so the next two games at home, against teams in similar positions to ourselves, are huge. We have to go and win those games.

“With the run-in we have, there is no time for us to rest on our laurels or wallow in self pity. Last Friday’s game is gone now, we can’t change the result against Shamrock Rovers but we can have an impact on the Sligo Rovers game. We have to go out and put every ounce of energy into getting a positive result against them. The next two games could have a massive bearing on how our season ends up.”