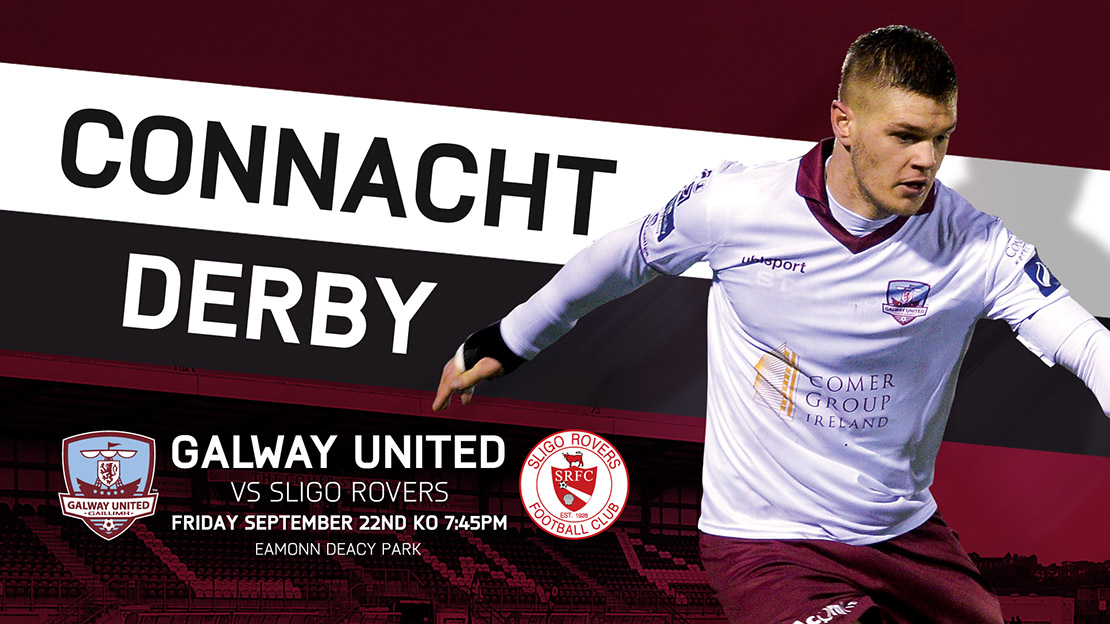 Galway United and Sligo Rovers picked up crucial wins in their bid to avoid the bottom three last weekend and now all roads lead to Eamonn Deacy Park for another crunch league encounter.

The sides could not be separated in their three previous clashes in 2017, United needed penalties to book their place in the semi-final of the EA SPORTS Cup at the Showgrounds in May.

After last week’s morale boosting win against Derry City, United boss Shane Keegan is asking for the same level of intensity from his players in Friday’s vital Connacht Derby.

KEEGAN ON PIVOTAL CONNACHT DERBY AT DEACY PARK
“We have to have a massive crowd at the game, it’s vitally important. It’s a game we need to get bums on seats for. It’s going to be a pivotal night in both team’s season.

“Last week, I thought we were really good against Derry. I heard Kenny Shiels speaking after the game, saying only one team was trying to play football. It came back that we had more possession than Derry City in the game, we’ve gone out and outdone them at their own game.

“I thought we had a number of excellent performances on the night, none more so than our central midfield trio of David Cawley, Rory Hale and Gavan Holohan. They were outstanding. They were below par against Limerick in the FAI Cup, but you could see the hunger and desire in their performance against Derry and that will have to be replicated against Sligo now.

“We cannot drop our performance levels one percent lower than the Derry City game. There was almost a level of desperation about our performance against Derry, we knew we had to deliver and we did. Rory Hale used the line it’s kill or be killed during the week and that’s the mentality that we have to head into the Sligo Rovers game with.”

TEAM NEWS
Niall Maher, who limped off with a hamstring injury in United’s win against Derry City at Eamonn Deacy Park last week, is Shane Keegan’s only absentee for the Connacht Derby.