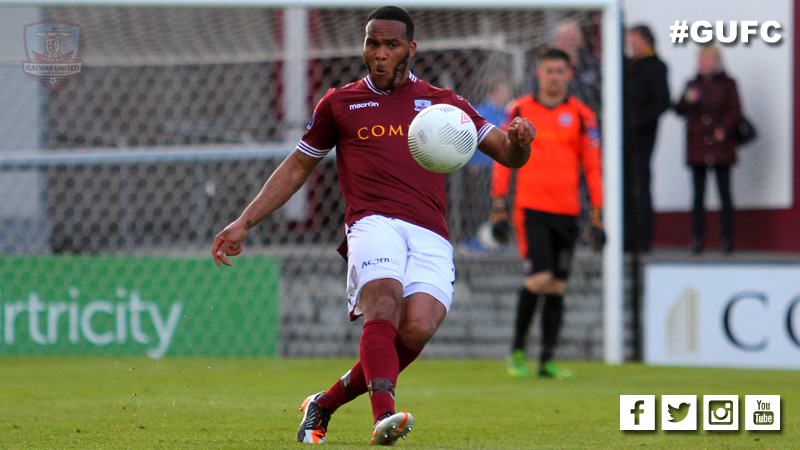 Galway United and Drogheda United share the same points haul in the league table and both sides have struggled of late, scoring only one goal each in their last five competitive fixtures.

Enda Curran’s tremendous solo effort in the 3rd minute separated the sides when they clashed at Eamonn Deacy Park in March.

TOMMY DUNNE: “THE DROGHEDA UNITED GAME IS MASSIVE”
“We’re literally down to the bare bones at the moment,” Dunne told www.galwayunitedfc.ie.

“At present, we’re missing 9 first team players through injury or suspension, it’s just too much and we’ve struggled in recent games because of that. Our squad is too small and missing 2 or 3 players would hurt us, nevermind 9.

“Important games are coming thick and fast and they don’t come much bigger than Drogheda United at home, who are also level on points with us in the league table. Ideally, you’d like to be in a position to play your strongest team against Drogheda and have a right go but the likelihood is, we’ll be fielding some U19 players.

“Against Bohemians we picked up another suspension and two of our players were sent to hospital, so we’re not having a good time of it. We can’t feel sorry for ourselves though, the senior players in our squad will have to step up and be counted to pull our more inexperienced players through these difficult games.

“Our supporters will be needed against Drogheda United because unquestionably, Monday’s game will be another dogfight and the players will need to be cajoled and encouraged throughout the game.”

Colm Horgan (5 yellow cards) and Enda Curran (automatic suspension for a red card received against Bohemians) miss out through suspension.

Stephen Walsh (rib fracture) and Marc Ludden (concussion) were both sent to hospital after Friday night’s loss against Bohemians. Central defender Kilian Cantwell also injured his foot in the Bohemians game after he was on the end of a late challenge and a scan scheduled for early next week will determine the severity of his injury.

Conor Barry (thigh) suffered a relapse in training on Sunday morning and he won’t be fit enough to play against Drogheda United.