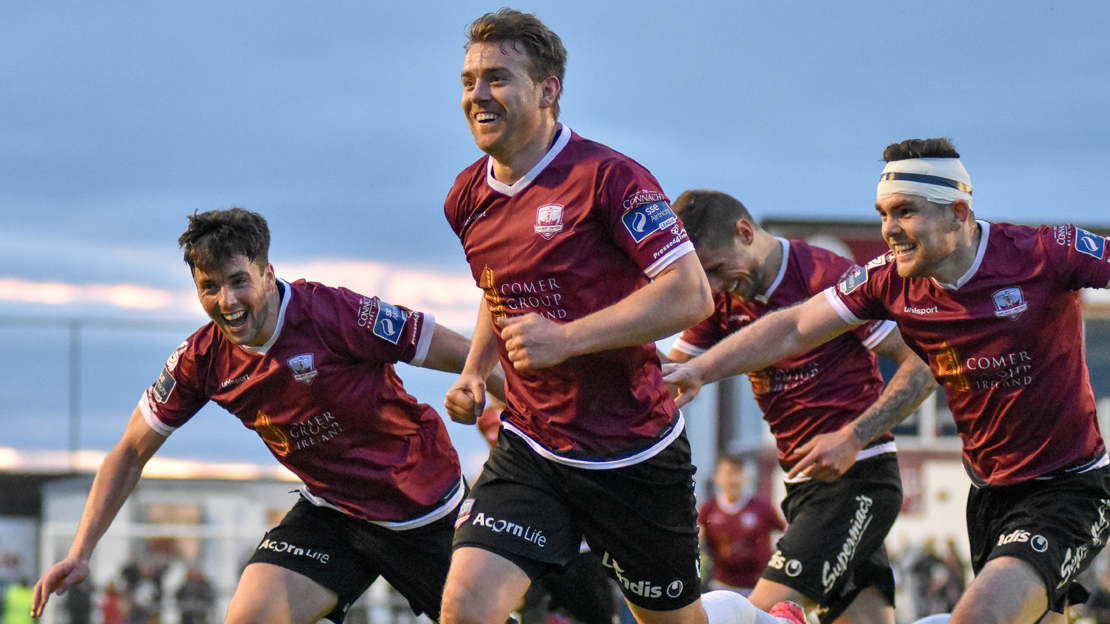 Galway United came from behind to defeat Ollie Horgan’s well-organised Finn Harps side, with an injury time header from Vinny Faherty at Eamonn Deacy Park.

The away side frustrated the hosts for long periods of the game, but Shane Keegan’s charges turned the game on its head in the closing stages to come away with all three points.

Finn Harps had the first chance of note when Sean Houston put a ball behind the United back line, with Ciaran O’Connor looking to race onto it, but Conor Winn was out quickly to gather.

Lee Grace made a crucial interception on the quarter hour, as Caolan McAleer crossed dangerously to the back post, but Grace was there to get the crucial touch with his head.

Paddy McCourt floated in a free that Kilian Cantwell headed goalward, but his effort cannoned off the crossbar and was eventually cleared.

In the 26th minute Damien McNulty appeared to handle the ball under pressure in his own box, but referee Ray Matthews waved away the protests.

Two minutes later, Harps hit the front. Barry Molloy hit a powerful shot that came off the base of the right-hand post before nestling into the opposite corner. 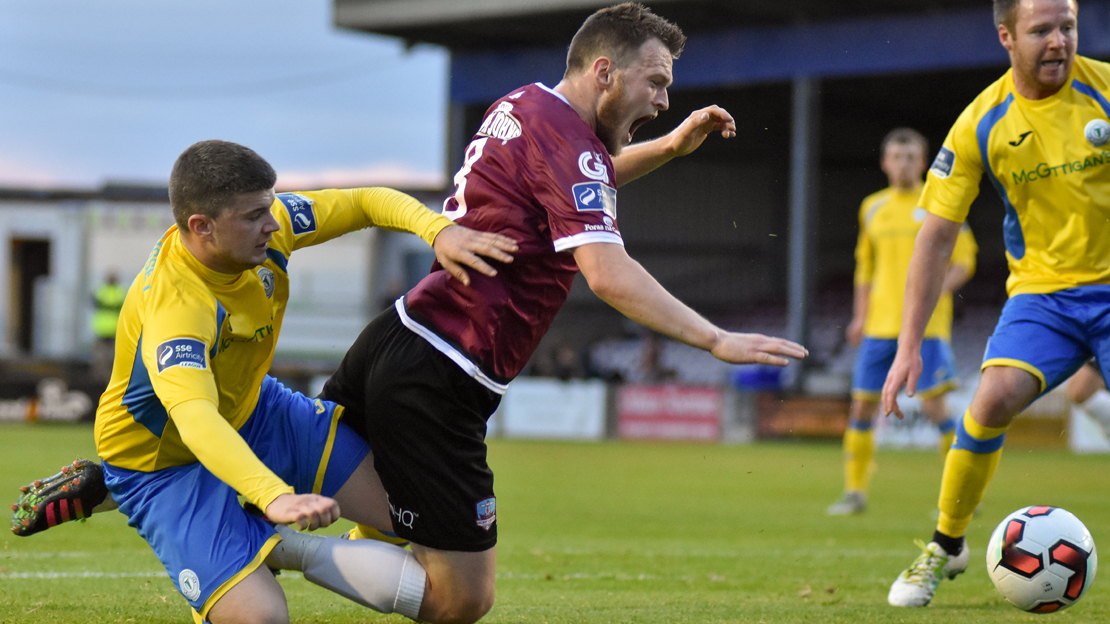 Five minutes into the second half, Gareth Harkin had a shot from 25 yards, which Conor Winn needed to tip around the post.

Ciaran O’Connor took advantage of some poor United defending and found himself in behind the home defence. Conor Winn made an excellent save and once again denied O’Connor from the rebound.

Colm Horgan provided a great ball for Ronan Murray from the right, but the latter’s hooked effort was just the wrong side of the far post.

Another penalty shout for the home side was turned down with just over 20 minutes to go, when it appeared to be a clear handball.

Five minutes later, the third time was the charm. Danny Morrissey fouled David Cawley in the box and Ray Matthews pointed to the spot. Ronan Murray stepped up to take the kick and sent Ciaran Gallagher the wrong way to level the match.

The Tribesmen were pushing for a winner in the closing stages and in the second minute of injury time, the breakthrough was made.

David Cawley floated a cross in from the left that was met by the head of Vinny Faherty who got there ahead of his markers and the onrushing Ciaran Gallagher to send the Eamonn Deacy Park crowd into raptures.

United now climb out of the relegation zone, up to ninth place in the table.