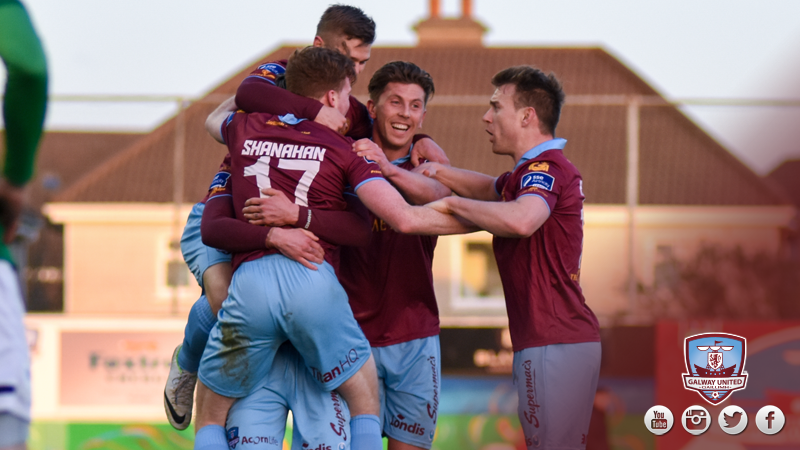 It was end-to-end stuff at the Dyke Road venue and both sides had to be satisfied with a point in a game that ended 2-2.

The contest was played at a frenetic pace; start as you mean to go on, and Vinny Faherty set the tone with a fifth goal of the season in the fifth minute of play. Ryan Connolly’s cross found Faherty, who glanced the ball into the far corner with a well-guided header.

City struck back through one of their busiest players, Stephen Dooley. The winger crossed, defender Alan Bennett stayed forward for a set-piece, Dooley picked Bennett out brilliantly but he tried to head across goal and failed to hit the target.

Dooley then drew John Caulfield’s men level in the 18th minute. It was a fine individual effort. The former Derry City wideman cut in from the left, he beat Colm Horgan before firing the ball into the far corner, out of Conor Winn’s reach. 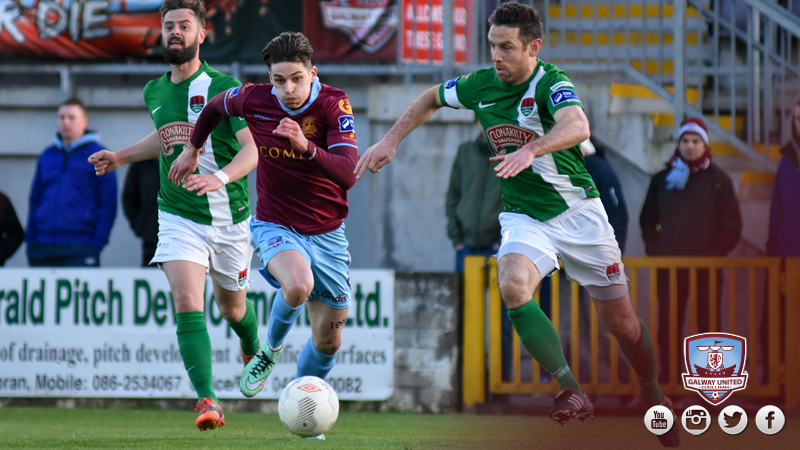 United opened up a one goal advantage once again thanks to an inventive effort from Gary Shanahan, who benefited from sloppy defending from the away side. Goalkeeper Mark McNulty inexplicably coughed up possession, leaving Shanahan with a lot to do, but his lob was measured and found the back of the net.

The second half started in a tentative manner, neither side dictated matters or created any opportunities in the early stages until Cork City grabbed a leveller in the 68th minute. Stephen Dooley’s corner was turned into the net by Kilian Cantwell, who was under pressure from Cork City defender Eoghan O’Connell.

Karl Sheppard produced a piece of magic which almost caught out Conor Winn. Sheppard latched onto a long ball out of defence and he spotted Winn off his line, he chipped the ball over Winn, but he dragged his shot too wide.

Substitute Padraic Cunningham spurned a guilt-edged opportunity to give United the lead once again. Vinny Faherty lead a counter-attack, spurred on by the home support, he crossed to the unmarked Cunningham, who struck the ball sweetly, but he saw his attempt crash off the upright. In the lead up to Cunningham chance, Danny Morrissey saw a low effort cleared off the line as the game ebbed and flowed. 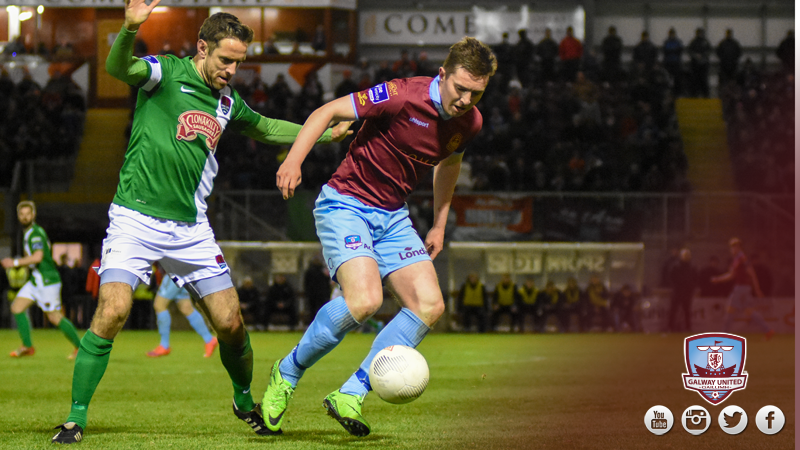 Greg Bolger launched a direct ball which sent Karl Sheppard through on goal, but the striker was denied by a smart Conor Winn save.

With just moments remaining, Kilian Cantwell almost won it for United. Ryan Connolly planted a free-kick deep into Cork City territory, Cantwell helped the ball goalwards and City goalkeeper Mark McNulty produced a crucial save with his feet to make sure the Rebel Army depared Eamonn Deacy Park with at least a point.