United gave themselves hope of climbing out of the relegation zone with a morale boosting 3-1 win against Limerick at Eamonn Deacy Park.

A goal of the season contender from Ronan Murray and a well taken finish from Padraic Cunningham set United on their way. Second half substitute Eoin McCormack grabbed his first League of Ireland goal before Garbhan Coughlan grabbed a consolation for the Super Blues.

Things could’ve been so much different if Rodrigo Tosi hadn’t blasted over after Joe Crowe found him in the box with an excellent cross.

Chiedozie Ogbene muscled his way past Lee Grace and tore towards goal, Conor Winn rushed from his line but the winger hesitated to shoot, instead opting to cross but United hacked clear.

Out of nothing, Ronan Murray sent Eamonn Deacy Park into raptures with a magnificent effort. The striker received the ball from Marc Ludden and he spotted Brendan Clarke off his line, Murray then had the technique to catch the ball perfectly, Clarke was left with no chance and the ball nestled in the top corner. 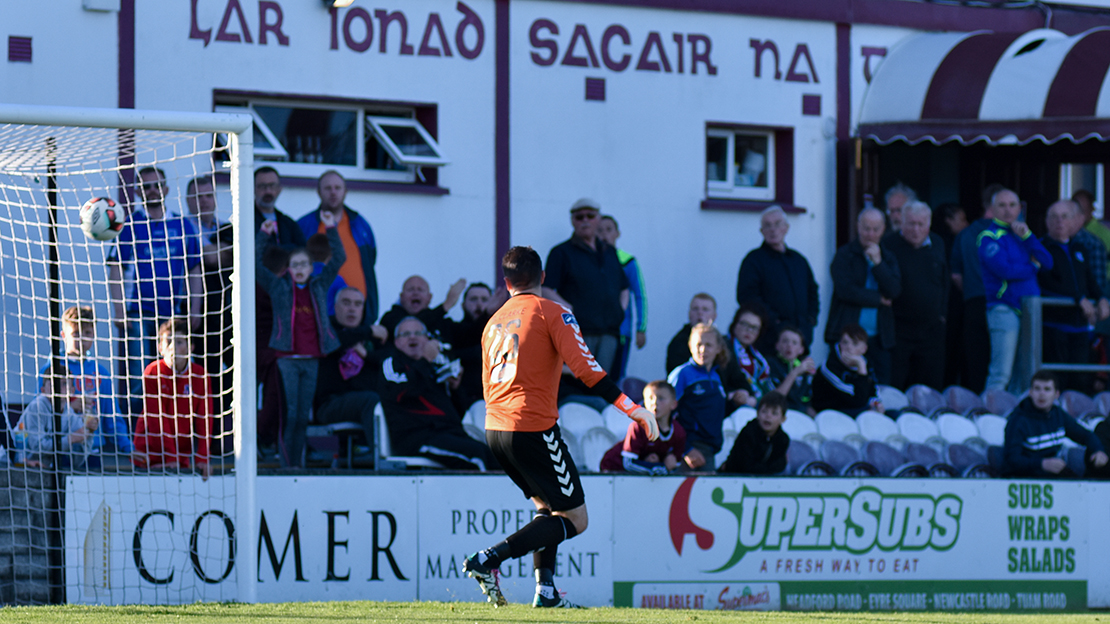 Limerick were shellshocked just one minute later when Padraic Cunningham made it 2-0. Cunningham turned Robbie Williams brilliantly and side footed past Brendan Clarke on his left foot.

Limerick spurned another chance before the break when Dean Clarke fired straight at Conor Winn after Joe Crowe pulled the ball back for the winger.

Just before the hour mark, United received a let off when Lee Lynch was afforded time and space to deliver a cross, Rodrigo Tosi rose highest to head goalward, but again, it was straight at Conor Winn.

Following a Limerick corner kick, United captain Colm Horgan was in the right place at the right time to clear the ball off the line after a scramble in United’s crowded box.

Shane Keegan introduced Eoin McCormack for Padraic Cunningham, who put in a serious shift upfront – the Ballinasloe man repaid Keegan within minutes of his introduction. McCormack chased a long ball from the back from Stephen Folan and he took a exquisite touch that took the ball past Robbie Williams and he calmly applied the finishing touch to guarantee the points for United.

Garbhan Coughlan pulled a consolation back in injury time for the visitors, but it mattered not.

The win sets up a massive league game for United against Drogheda United at Eamonn Deacy Park on July 21st!