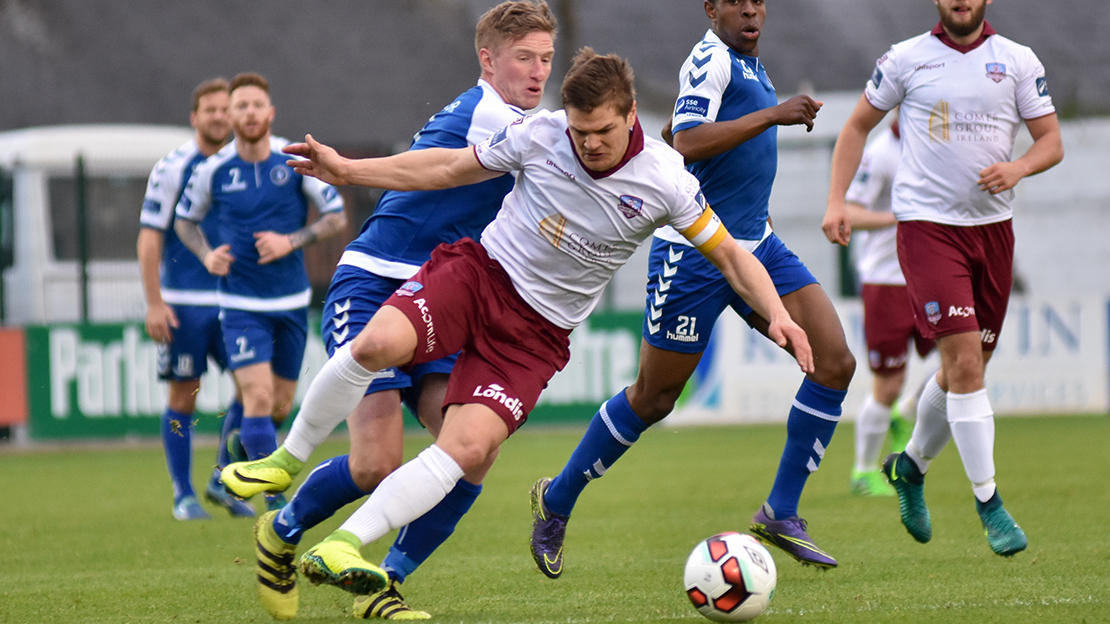 The Tribesmen host sixth in the table Limerick FC. Kick-off is at 7.45pm.

Limerick built on their 2-2 draw against St Patrick’s Athletic with a convincing 2-0 win away to Drogheda United.

Shane Keegan has targeted a strong finish to the second series of games, with an important double header coming up at Eamonn Deacy Park against Limerick and Drogheda United.

SHANE KEEGAN ON CRUCIAL HOME GAME AGAINST LIMERICK
“I think our performance in Richmond Park was our best since the break. In terms of chances created, I thought Conor O’Malley pulled off a number of excellent saves to keep Pats in it.

“There were chances that we needed to be a bit more clinical with, but at least we were creating the chances. The players were disappointed not to get the three points.

“Limerick will provide our players with a real defensive test. You could argue that Tosi and Ogbene are one best partnerships in the league. They’re well balanced and the team plays to both of their strengths, so it will be a big test for us.

“If we can handle that side of things, I’d be confident that we can create chances again and get on the scoresheet.

“The fact that we’re the home side, there is no reason for us not to start the game at a quick tempo and keep that going. I thought that last week was our best start to a game in a while, we have to carry that forward now.

“We have to have the look of a team that are where they are in the league table and we will need to fight for every inch.”

TEAM NEWS
Aaron Conway pulled up in training on Thursday morning and he is United’s only injury concern for the Limerick game.