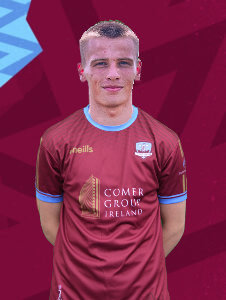 Dean began his football career with Leixlip United, winning a national U16 title there. He then joined the youth setup at Athlone Town in 2019, initially with the U17's, but he made his senior league debut in August.

In 2020, Dean moved to Bray Wanderers, joining their U19 squad. He made his first team debut in an EA Sports Cup game in March that year.

When his studies took him to NUIG, Dean jumped at the chance to join United. He made one start and one substitute appearance in the season run-in.