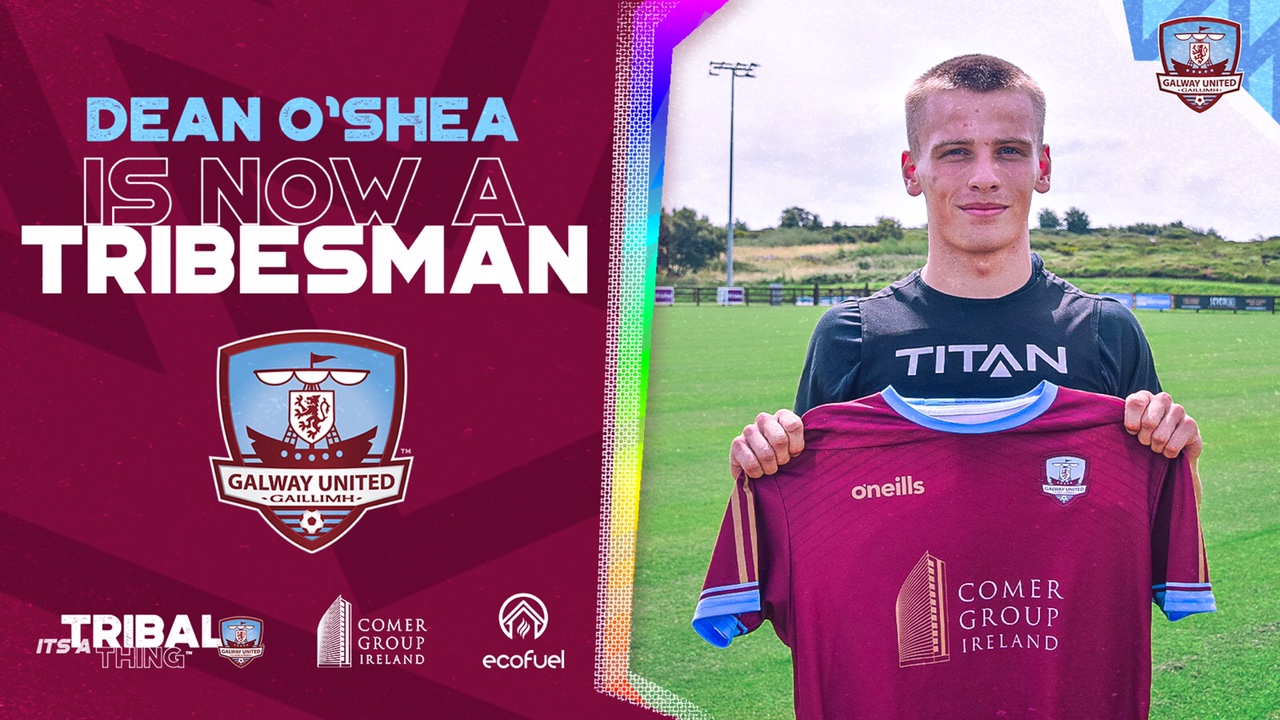 “I can’t wait to put on the jersey and play in front of the fans.” – Dean O’Shea

Galway United are delighted to confirm the signing of defender Dean O’Shea.

Kildare native O’Shea, who was playing his trade at Bray Wanderers before moving west, made five appearances for the Seagulls in the First Division this season and has also appeared for the club’s under 19 side.

The versatile defender who prominently plays at left back was an All Ireland under 16 winner with Leixlip United before he moved to Athlone Town in 2019, where he made five appearances.

The 18-year-old will attend NUIG this year on a scholarship while also playing for John Caulfield’s side.

“I am delighted to sign for Galway United,” O’Shea told the club’s media team.

“I can’t wait to put on the jersey and play in front of the fans. It is a great club with excellent facilities.

“The players have made me feel very welcome since I have come in. The coaching staff are brilliant and I am looking forward to working with them and improving as a player.

“I want to come in and help the team gain promotion which is the main ambition for the club this season.”