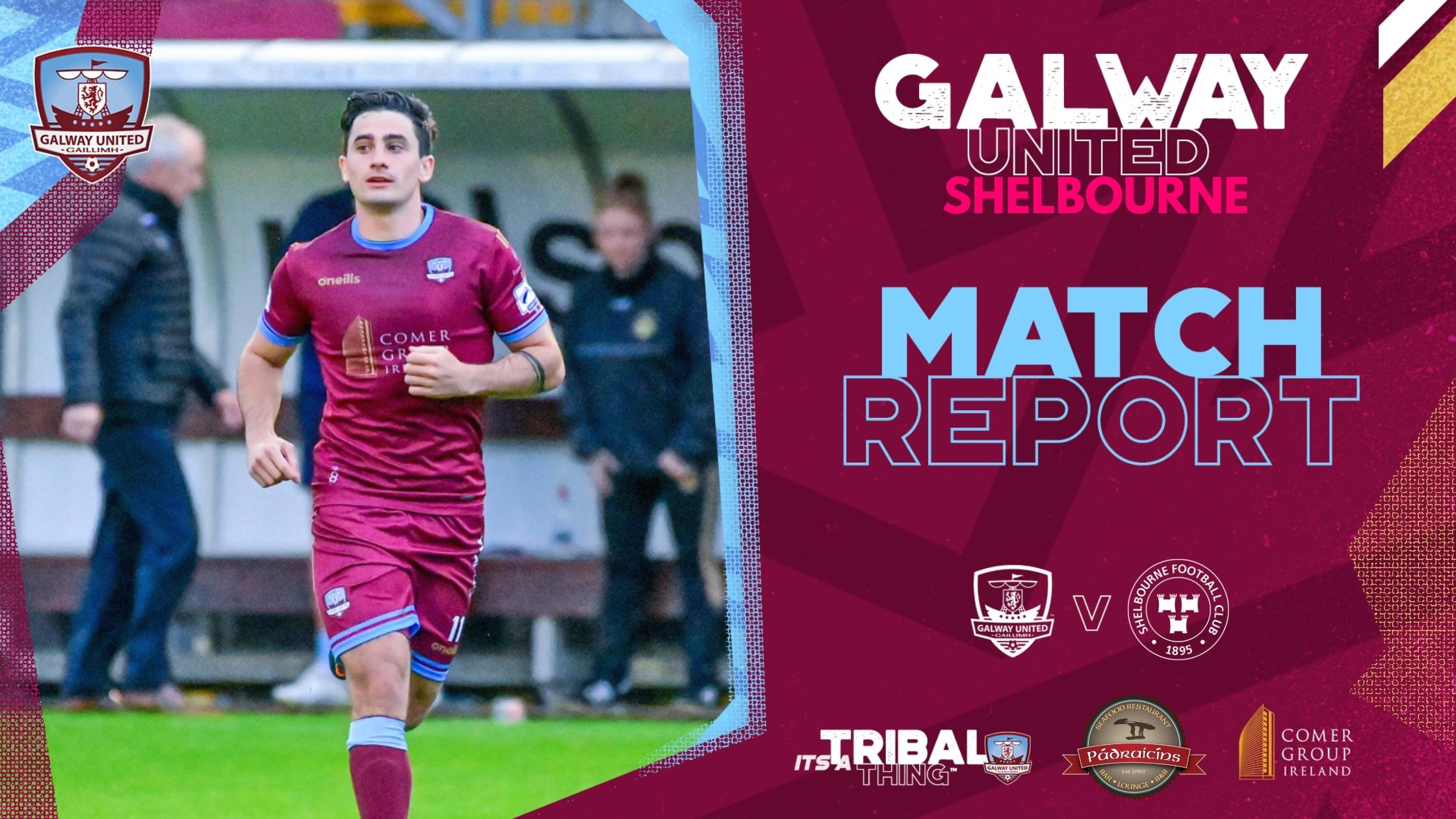 Galway United defeat Shelbourne 3-1 at Eamonn Deacy Park to cut the gap to seven points between the two teams in the First Division.

On a cloudy and dull evening on Corribside, United started the better of the two sides.

After a spell of United pressure early on, the scoring was opened in the 12th minute. Conor O’Keeffe delivered a teasing ball into the box which Shane Doherty emphatically converted to give United the lead.

It progressed to be a tight affair at Terryland, with Wilson Waweru looking dangerous up top for the home side.

United’s defence continued to hold firm as Shelbourne struggled to create an opening. Both teams were flying in with tackles, knowing the importance of the game.

The Tribesmen pushed for the second goal before the end of the half; Mikie Rowe came close in the 43rd minute from a Killian Brouder long throw but the attacker was unable to hit the target.

With the match on a knife-edge, It remained 1-0 at the break.

United continued where they left off after the interval. Killian Brouder scored for the third time in three weeks from a David Hurley in-swinging corner in the 50th minute with a header, giving the home side a two-goal advantage against table-toppers Shelbourne.

Both outfits continued to look threatening in offence with Shels searching for a way back into the game. United continued to defend valiantly against Shels, with goal-scoring chances at a minimum against the Dublin side.

It was an efficient end to the game from United as they saw out the advantage, giving up very few opportunities.

Shels’ Ryan Brennan came close at the end before United added to the lead at the death. Ruari Keating finished with aplomb in the 88th minute to give United a three-goal cushion before Shels scored a consolation through a Brian McManus goal at the end.

Seven points now separate Shels and United at the top of the table.

“Shelbourne are a very good side, they are very physical and very strong. We had to match their aggression and challenge for every ball. We had to be at it in front of the crowd after last week’s disappointing result.

“The first goal involved fantastic movement. To be fair to Shelbourne, they dominated the play but we came out stronger for the second half. Overall, our defending was really good and the lads worked very hard.

“We are disappointed with the goal we conceded but overall it was a cracking atmosphere and we delivered three points which keeps us pulling away in the play-off positions.”

Our next First Division game is away to Athlone Town on August 20th.