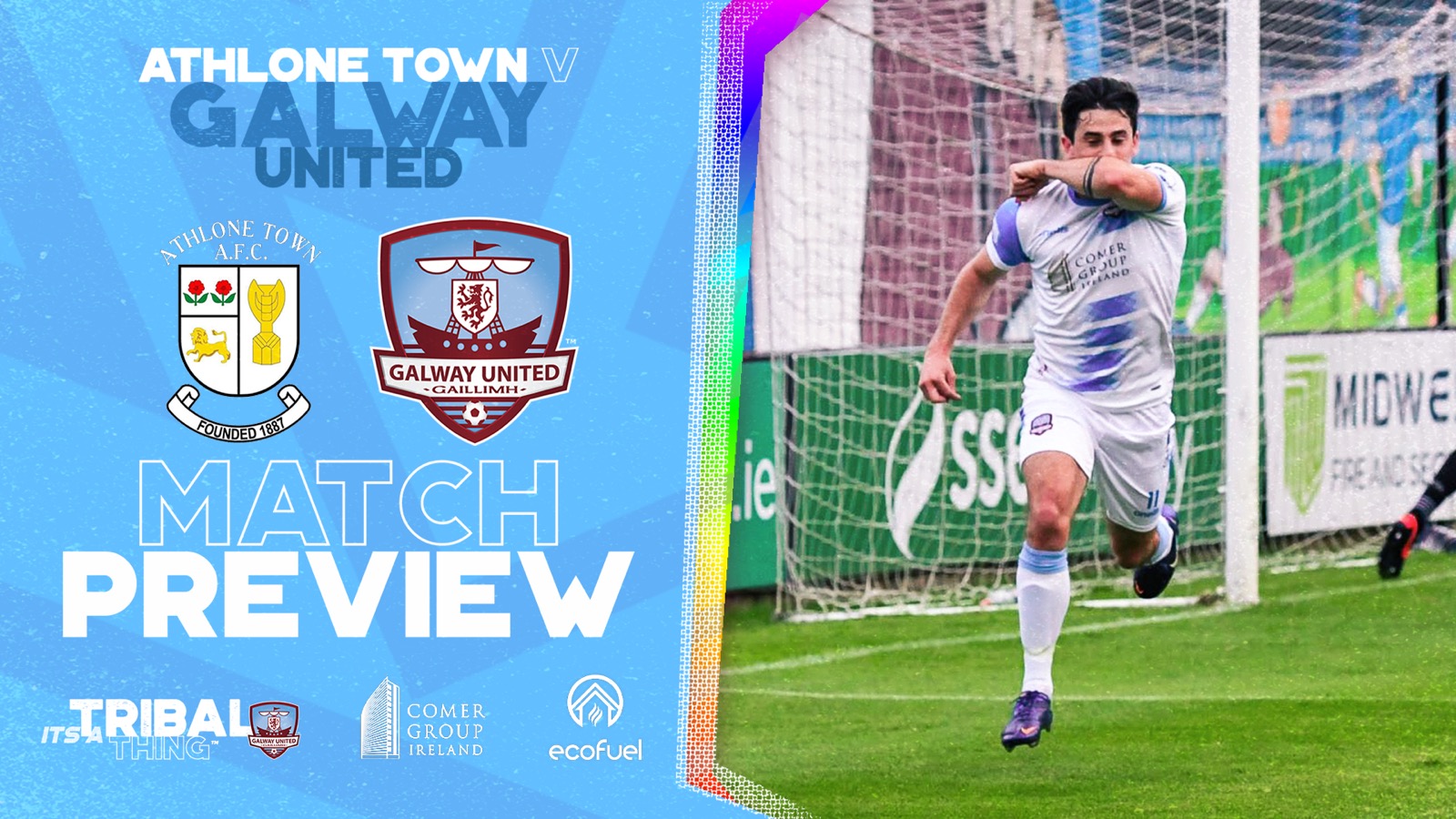 “We have to keep battling.” – John Caulfield, Manager

Galway United travel to Lissywollen this Friday to face Athlone Town at 7.45pm.

United take on a struggling Athlone Town outfit this week at the Athlone Town Stadium. The Tribesmen will be targeting another victory to heap more pressure on Shelbourne after defeating the league leaders last week at Eamonn Deacy Park. Shane Doherty, Killian Brouder and Ruairi Keating hit the Shels net before the away side scored a consolation goal to secure an impressive 3-1 win over Ian Morris’ side. 2nd placed United are now seven points off Shels with eight games to go.

Athlone Town will be under new stewardship for Friday’s fixture after Paul Doolin replaced Adrian Carberry as manager earlier this week. Athlone were defeated 6-0 by UCD at the UCD Bowl in their most recent First Division outing which leaves them in 6th place on the table, eight points off playoff positions.

United manager John Caulfield wants no complacency from his team as they prepare for their clash with Athlone Town on Friday evening.

“The most important game for us is Athlone this week,” Caulfield told the club’s media team.

“Every week is a different challenge. We can’t be complacent when we go to Athlone on Friday. We won’t take the points if we are not at our best.

“As I have said from the start, the league will come down to the last six or seven games as we turn into the final third of the season. We have to keep battling away and make sure we stay in the playoff positions.

“It was a good win last week but we are concentrated on the Athlone game now. We are in the business end of the season with eight games to play.”

Carlton Ubaezuonu also remains out of action due to injury.